The Ontario Liberals announced the province's first balanced budget in a decade on Thursday, an expected move that could be construed as the unofficial start to the 2018 election campaign.

Much of the budget covered several areas that have already been addressed – most notably, the province's 16-point plan for housing reform. But it also unveiled several billion dollars of additional spending in health care, referred to as a "booster shot" by Ontario Finance Minister Charles Sousa.

The Ontario Liberals are likely hoping the balanced budget will garner traction with voters at a time when their leader, Premier Kathleen Wynne, is beset with low approval ratings.

With that in mind, here are 10 highlights from the Ontario budget: 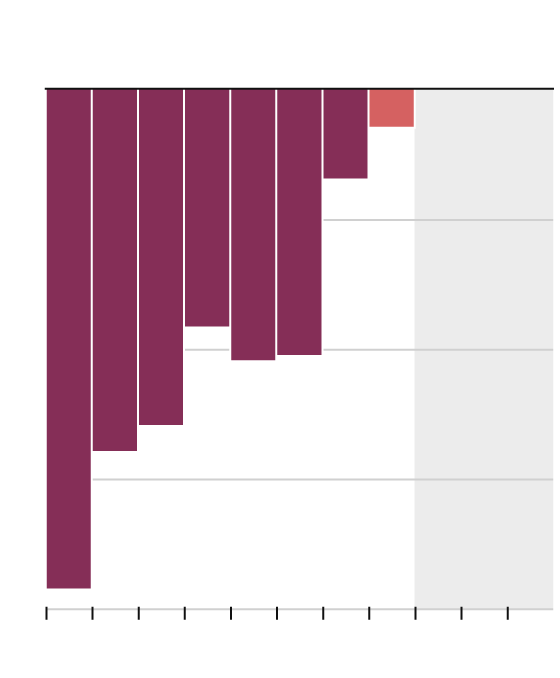 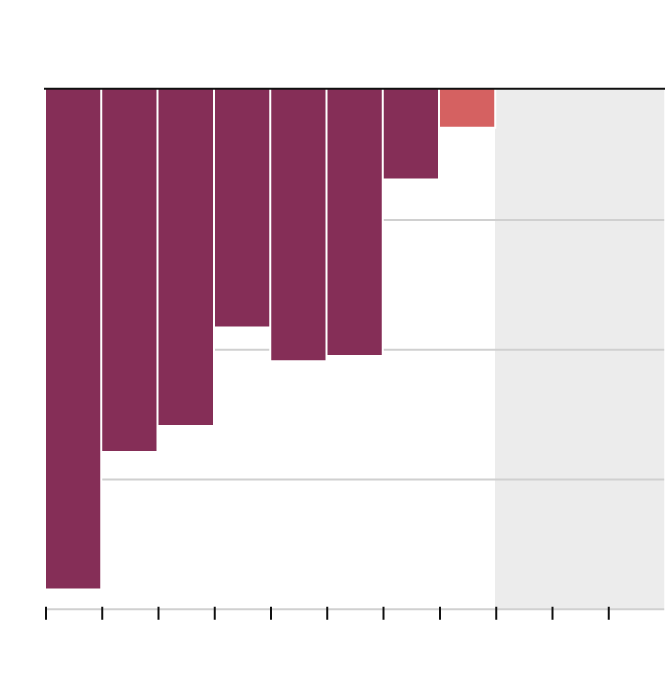 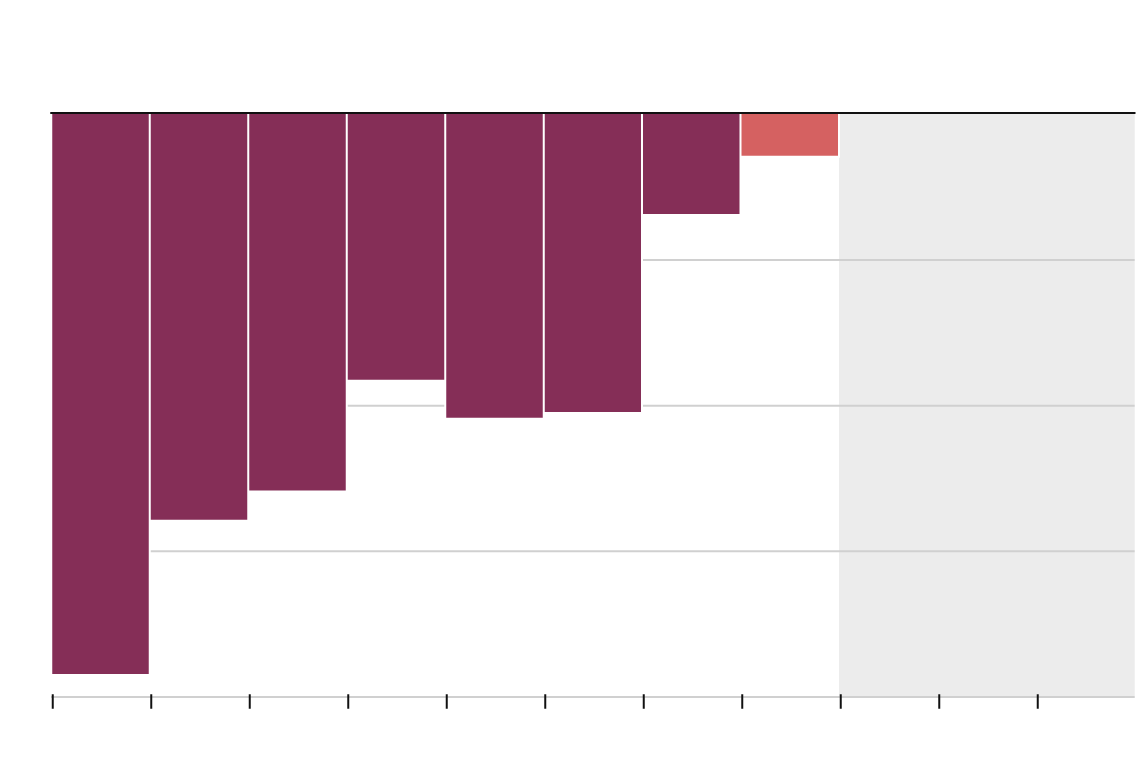 Since the 2008 recession, the Liberals have run back-to-back budget deficits, adding almost $90-billion in operational debt during that period, and bringing the province's total debt to $332.4-billion. As part of their 2010 budget plan, they vowed to balance the budget by the 2017-18 fiscal year. Following an estimated $1.5-billion deficit for the 2016 fiscal year – their smallest since they began running deficits in 2008 – Ontario is now projecting three years of balanced budgets.

While future budgets may be balanced, the province is not taking any significant immediate measures to address its overall debt. The 2017 budget does project a decrease in the net-debt-to-GDP ratio, but it's a very slow one: at current projections, the debt ratio won't return to pre-2008 levels until 2029.

Ontario will launch a universal drug coverage program for children and youth, which the province is touting as "the first … of its kind in Canada." Starting next year, the program will be available to those aged 24 and under, and it will fully cover the cost of all medicines funded through the Ontario Drug Benefit program. Coverage will be available regardless of family earnings. Ontario is among the top-spending provinces for drugs on a per-capita basis, according to projections for 2016 from the Canadian Institute for Health Information.

Ontario is ramping up investment in health care, spending an additional $7-billion over the next three years. The overall health budget is increasing by 3.3 per cent.

Some of that new spending is targeted for hospitals. The province will spend an additional $9-billion over the next decade to support construction of new hospitals and the redevelopment of old ones. Further, operating funding for public hospitals will increase by 3.1 per cent.

Many of the province's hospitals have grappled with occupancy rates in excess of 100 per cent, putting a significant strain on resources. Moreover, Ontario's hospital spending on a per-capita basis lags that of all other provinces and territories, according to projections for 2016 from the Canadian Institute for Health Information. (Its forecast did not include Quebec.)

New health-care spending is also aimed at reducing wait times. The province will spend an additional $890-million over three years to fund more procedures for such things as foot, knee, hip and cataract surgeries.

Other areas earmarked for new spending include expansion of mental health and addiction services, home nursing, caregivers, support for those living with dementia and a new Ontario Caregiver Tax Credit.

The province will spend $1.44-billion in the 2017-18 fiscal year on programs to provide relief to consumers from rapidly rising electricity rates. The government announced earlier this year that homeowners can expect to see their electricity bills reduced by an average of 25 per cent starting this summer. Rate increases over the next four years would also be held to the rate of inflation and include an 8-per-cent rebate equal to the provincial portion of the harmonized sales tax, effective Jan. 1, 2017. About 500,000 small businesses and farms are also eligible for the rebate. The government has said that it recognizes that electricity rates have risen too much and too quickly.

The Ontario Liberals will spend more than $200-million next fiscal year to increase accessibility and affordability of licensed child care. On Wednesday, the government announced it would create additional licensed spaces in 2017-18, allowing 24,000 more children up to four years of age to access care, part of a previously announced plan to create licensed space for 100,000 more children. Child-care fees can be a significant expenditure for families. For instance, Toronto has the highest median monthly infant care fees in the nation, according to a 2016 survey from the Canadian Centre for Policy Alternatives.

Given the 16-point Ontario Fair Housing Plan announced last week by Finance Minister Charles Sousa, the budget is lean on further housing announcements. However, it did raise its revenue projections for the land transfer tax, a reflection of soaring house prices in Ontario. That revenue has soared to a projected $3.1-billion for the 2017 fiscal year, an average annual growth rate of 19 per cent since 2014.

Separately, the province will shift regulation of syndicated mortgage investment products to the Ontario Securities Commission in a move to toughen oversight of a fast-growing industry that has faced investor complaints about its practices. The Financial Services Commission of Ontario (FSCO) currently regulates syndicated mortgages, but an expert panel report last year said a watchdog like the OSC has more experience policing securities products.

Municipalities will be allowed to bring in special taxes on hotel rooms, a practice common in other cities across North America and a revenue tool that Toronto Mayor John Tory and his council had demanded and banked on for his city's own 2017 budget. The taxes could also apply to Airbnb-style short-term rentals. But Mr. Sousa offered nothing new for public transit projects, beyond what has already been promised, or for one of Mr. Tory's key priorities: A firm commitment for hundreds of millions in provincial cash to help repair the city's crumbling social housing units, hundreds of which are being condemned and boarded up.

The province will launch a program that looks to better prepare young people for the labour market. Ontario will invest nearly $190-million over three years across several initiatives, aimed at creating 40,000 "new work-related opportunities" for children and youth, ranging from elementary school students to recent postsecondary graduates. Ontario's youth unemployment rate has run higher than the national rate for several years, and currently sits two percentage points above it.

During last year's budget, the province tied increases in tobacco taxes to inflation. Echoing federal tax increases on tobacco announced during last month's budget, Ontario has now abandoned this plan, opting to raise taxes above the rate of inflation, with the first increase of $2 a carton effective April 28. Tobacco taxes will then rise by an additional $10 a carton over the next three years.

The province is changing the rules surrounding how drivers can show proof of auto insurance, allowing almost 10 million Ontarian drivers to use their mobile phones to provide proof instead of coverage instead of the current paper "pink slips." As an incentive to drivers, the province is requiring insurers to offer a discount to policyholders that opt for electronic proof of insurance.

With files from Jeff Gray, Karen Howlett and Janet McFarland