Just who does Governor-General Michaëlle Jean think she is? Canada's head of state? The Queen's representative? Or a bit of both?

The charismatic Ms. Jean and the command-and-control Prime Minister, Stephen Harper, have been locked in tense matters of interpretation of her duty before. Last December, the PM asked her to shut Parliament and head off a coalition's attempts to topple him.

Now, they've had a public dispute over whether the Governor-General is Canada's head of state - or something like it. Mr. Harper has in a sense styled himself as defender of the Queen's title, against what some monarchists call a creeping campaign to elevate the viceroy at the expense of the sovereign.

In a speech Monday, Ms. Jean referred to herself as Canada's "head of state," prompting complaints from monarchists that the Queen's representative was usurping the monarch's title. Mr. Harper, through spokesman Dimitri Soudas, said the Queen is Canada's head of state, and the Governor-General her representative in Canada.

"No, no, no, not at all," said Ms. Jean's spokesman, Marthe Blouin. "We're saying the same thing. The Governor-General knows very well that the Queen is the head of state."

"As the representative of the Crown in Canada, the Governor-General carries out the duties of the head of state, and therefore is de facto head of state."

But "de facto head of state" is a murky phrase and, to some, a slippery slope.

Canada's Constitution doesn't define a "head of state," but invests executive power in the Queen; in 1947, King George VI delegated most of the monarch's duties in Canada to the governor-general in letters patent. Most legal experts believe that makes the Queen is head of state, but some constitutional experts like the University of Toronto's Peter Russell believe the evolution of the governor-general's role means its not improper for a Governor-General to use the phrase, too.

Former governors-general also referred to themselves as "head of state," Ms. Blouin noted, as the late Roméo Leblanc did in a 1999 speech in Morocco and Ms. Jean's predecessor, Adrienne Clarkson, did in 2004. Ms. Clarkson declined to discuss the issue yesterday.

But the fact it's not the first time makes it worse for some monarchists such as John Fraser, the master of Massey College at the University of Toronto, who see the use of the phrase as part of the "creeping head-of-statism of governors-general."

That's where Mr. Harper's intervention in the debate made a crucial point, in the eyes of those who hold the matter dear. "It looked like an exclamation point to say, 'This is a done deal, this is the way it is, so let's move on,'" said Robert Finch, chairman of the Monarchist League of Canada.

Mr. Harper's spokesman, Mr. Soudas, insisted the statements about the Governor-General's role were only a straight answer to a question, and that the government "applauds" her as an "excellent representative of Canada."

Some close to Ms. Jean said there have been tensions with the PM, although one said she had resolved to avoid discord after her predecessor, Ms. Clarkson, clashed with former prime minister Paul Martin's advisers over perceived slights.

When Mr. Harper prepared to ask Ms. Jean to dissolve Parliament last December to avoid defeat by an opposition coalition, his party's public campaign to pressure the Governor-General perturbed Ms. Jean, one person close to her said. Ms. Jean's meeting with Mr. Harper at Rideau Hall, the source said, was extended to more than two hours in part to show she was "not just a clerk." 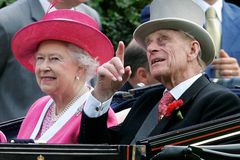 Fixing a constitutional grey area
October 10, 2009
Follow Campbell Clark on Twitter @camrclark
Report an error
Due to technical reasons, we have temporarily removed commenting from our articles. We hope to have this fixed soon. Thank you for your patience. If you are looking to give feedback on our new site, please send it along to feedback@globeandmail.com. If you want to write a letter to the editor, please forward to letters@globeandmail.com.
Comments