At lunchtime each day, Supreme Court of Canada Justice Ian Binnie joins his eight colleagues in their private dining room. They joke, gripe and gossip about lawyers and other judges, covering every conceivable topic except the one foremost on their minds – the cases they must decide.

Lunching together and avoiding after-hours fraternizing are part of a concerted plan to eliminate the sort of fractious infighting that has been all too common on previous benches, Judge Binnie said in an exclusive interview to mark his retirement after serving 14 years as a backbone and intellectual leader of the court.

"The worst fix we could get into is to have little cabals discussing their perspective and voting in blocs," the 72-year-old judge said. "We don't want judges going from room to room, pigeonholing colleagues and then presenting other colleagues with: 'Well, I've already got four judges to agree with me, and that's the outcome of the case.' "

In a three-hour discussion – the only such interview he has ever given – Judge Binnie provided penetrating glimpses into an institution known for its secretive nature, at a time when the bench is entering an unsettling period of transition with five judges slated to be replaced by 2015. Widely seen as a towering intellect who is arguably the country's premier judge, he spoke with the easy candour of a man who has spent his career as a renowned advocate.

Judge Binnie defended the court's productivity and ideological balance. He spoke with pride of some of his favourite cases and with wry humour about how nine opinionated jurists achieve consensus. And while he acknowledged that the court will look very different once Prime Minister Stephen Harper has completed rebuilding it, he said the institution will endure.

"One of the things that always impresses me about the court is that it's like a freight train that is moving inexorably," he said. "You come in the morning and hear a case that is highly controversial. Views are sharply divided. But the train keeps moving. A decision is produced. At the end of the day, we will all be alive and on speaking terms."

Appointed in early 1998, Judge Binnie faced a jarring psychological switch from a thriving, lone-wolf litigation practice at Toronto's McCarthy Tétrault law firm to a bench of nine judges whose mission is forging consensus. This new reality was thrust home with his very first case – the Quebec Secession Reference.

The differences between his previous life on one side of the bench, and where he found himself now, were immediately apparent. As a lawyer, he experienced a great rush of adrenalin as the judges made their grand entrance into the hushed courtroom. As a judge, he found the march into the courtroom almost monotonous – like merely showing up at the office.

"The argument takes place and everybody gets engaged and worked up and there are questions and debates and controversy; then, the case concludes," he said. "There is this great shifting of the load. The lawyers walk out free as a bird – they have done their thing. As far as they are concerned, the thing is in the can and they can go off for a slap-up lunch. But the judges drag themselves out of court, carrying this huge burden of how they are going to decide the case."

It was also an early lesson in the need to compromise, and carefully parse every word of a decision. "When you see a judgment by the court, it will quite often be the result of a process of sandpapering the rough edges, taking out the little flashes or colour and reducing it to a vanilla flavour," Judge Binnie said. "It makes for a laborious process, but at least I have confidence that my colleagues are not chitchatting behind closed doors without my knowing it."

A single judge is assigned to write a draft ruling. Others judges then append words or conclusions they hope to see added to it for them to sign on. There is an ego-bruising rigour to the process.

"It is extremely frustrating, when you feel you have written an elegant and clear exposition of the law, to have your colleagues jump all over it and complain about this, that and the next thing," Judge Binnie said. "On the other hand, when a judgment is released, it is a great comfort that eight other people have been pounding away at it and pointing out the gaps in what you thought was a seamless piece of great scholarship."

Other major cases during his tenure included the Chaouilli ruling on the constitutionality of privatized health care and the case of Robert Latimer, who was convicted of murder in the mercy killing of his child.

During his years on the bench, the court has been criticized for dropping its annual output from a range of 110 to 150 judgments a decade ago to less than 70. The figures are "essentially meaningless," he said, since a minor case can require little advance preparation, whereas a major case can mean sifting through thousands of pages of documents.

Judge Binnie was also quick to deny that the court is stingy about granting leave to appeal ("We have never, in my almost 14 years on the court, turned a case down, saying: 'We've got too much on our plate.'"); that it dodges some of the toughest potential cases ("All you really have to do is look at the Rules of Practice and understand that your function is to kick the ball up in the air in an interesting way and the judges will grab it."); and that judges are too intrusive during oral hearings ("When [inexperienced lawyers]get to the Supreme Court, they don't have a sense of how to make an argument in less than an hour. They waste a lot of time.")

The skills displayed by a top Supreme Court lawyer are precisely the same as those that win arguments in judicial conferences that follow each hearing, he said. "The effective judge is the judge who frames the question in a way other judges accept as a legitimate characterization of what we have to decide," Judge Binnie said. "You've got nine people who all approach it from that perspective and, of course, there are collisions."

The Supreme Court that Judge Binnie leaves behind will face serious challenges. Critics on the ideological right blame it for altering laws to suit the judges' personal preferences. Those on the liberal left disparage the court as being unadventurous and overly compliant to legislators.

To Judge Binnie, however, judicial activism is a handy slogan that misstates the evolution of Charter jurisprudence. The bench under chief justices Brian Dickson and Antonio Lamer drew expansive boundaries to raise the Charter from infancy to adolescence. The McLachlin court has applied subtle shading within those lines.

"I see the McLachlin court as a consolidator rather than a cutting-edge innovator," he said. "Which is not to say I see the court as timid. I think the court is very forceful when it sees the occasion to be. But I think the legal landscape has changed and the court has evolved with the landscape."

He foresees trouble ahead, however, thanks to runaway trials that drain scarce resources. A key problem is lawyers who are hard-wired to hunt for anything that could help their case, "in hopes of finding the pot of gold that will get the result they want." It may be time for trial judges to be given the power to set strict deadlines for the completion of a case, he said. "I think that trial judges eventually have to take back control of the courtrooms," he said.

A frequent champion of those rights, Judge Binnie defended his approach as being consonant with public attitudes. "I think the level of support for the rights of the accused in Canadian society is surprising," he said. "People somehow identify with the person in the position of an accused."

In one of his most-cherished judgments, R v Burns and Rafay, the court held in 2001 that Canada cannot extradite individuals who might face the death penalty abroad unless they have assurances that the defendant will not be put to death. The ruling effectively precluded the death penalty ever being brought back in Canada.

Another favourite involved a rural Ontario couple awarded $1-million in punitive damages against an insurance company that had refused to pay after their home burned down. "It seemed to me that on a human scale, a massive injustice had been corrected and a very powerful message sent to the insurance industry," Judge Binnie said. "Occasionally, you feel that you have really made a difference."

Judge Binnie plans to return to practice in a large firm. He hopes to be remembered as a judge who did not shy away from the most difficult issues, who tackled them with blunt honesty. 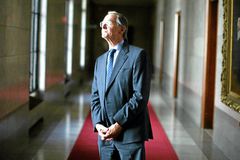 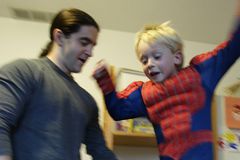 Opinion
How should our Supreme Court vacancies be filled?
June 7, 2011 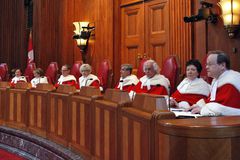 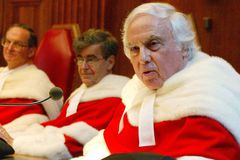 The coming conservative court: Harper to reshape judiciary
May 13, 2011 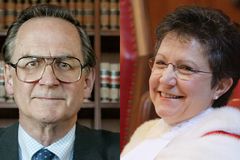