Canada's minister of health isn't mincing any words when it comes to pharmacies and others who allegedly fleeced the aboriginal health-benefits plan.

"What needs to change is the behaviour of some of these pharmacists who are stealing money from taxpayers," Leona Aglukkaq said in a telephone interview.

"It's very upsetting, and I'm very disappointed in these professionals and these pharmacists that are knowingly defrauding the system of a program intended for aboriginal Canadians."

The federal Non-Insured Health Benefits program provides health-benefit coverage to eligible members of First Nations and Inuit communities when they are not insured by private or provincial plans.

But allegations of wrongdoing have come to light recently as the result of a months-long investigation by The Canadian Press.

Those allegations so far include:

The Royal Canadian Mounted Police have been called in at least four times and the Canada Revenue Agency is involved in one case. The federal government has also taken several pharmacies to court over allegations they submitted bogus claims to the NIHB program.

"It's very upsetting to hear and to deal with professionals that are defrauding our system," Ms. Aglukkaq said. "It's just plain wrong."

But she pointed to the fact that Health Canada caught on to these allegations as a sign there is enough oversight in place to catch any wrongdoing.

"Clearly, the system is working," Ms. Aglukkaq said. "Through this process, when there is evidence or fraud or wrongdoing, we take action. We recover the funding. We refer the matters to the RCMP for further investigation."

She added that she has made her provincial and territorial counterparts aware of the problem.

"I'm raising the concerns that you've got to be very aware that this is happening in your jurisdiction, and highlighted some of the areas that are of concern," Ms. Aglukkaq said.

"They deliver health care in their jurisdictions, so clearly I've made them aware that this is something that we're dealing with." 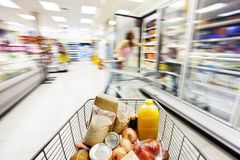