He has become the symbol in recent years of the uneasy proximity between Quebec's construction industry and its political apparatus, a high-flying executive with a penchant for big homes and massive boats. On Tuesday, Quebec provincial police arrested construction magnate Antonio Accurso and 13 others in an early-morning anti-corruption sweep.

Fraud charges against Mr. Accurso, other businessmen and municipal officials are an escalation in the government's long-running attempts to crack down on alleged criminal activity and influence peddling in the province's construction sector.

The Sûreté du Québec laid 47 charges against 14 individuals and two companies over allegations of fake invoices, kickbacks, vote buying and fraud in a municipality north of Montreal. The SQ said its probe pointed to a system "allowing certain companies to gain an advantage toward the attribution of lucrative municipal contracts."

Allegations of corruption in the province started in 2009 with revelations about the impressive guest list on the construction magnate's luxury yacht and have reached virtually every level of government: Montreal city hall, small municipalities, the Quebec legislature, and even Ottawa, where opposition members alleged that Quebec construction industry insiders – including Mr. Accurso – tried to influence PMO decisions on port deals.

Premier Jean Charest's government has at times seemed paralyzed by a constant stream of allegations of inflated construction costs, shabby infrastructure and political kickbacks, and has been unable to blunt opposition attacks that his government has been ineffective. Last year, it set up a corruption-fighting squad to drive its attempts to bring the scandal to an end.

In recent years, Mr. Accurso has become known for his six-figure clothing budget, a sprawling mansion outside of Montreal and his customized boat, featuring a hot tub and four king-sized beds.

In addition to labour leaders, Mr. Accurso has wined and dined municipal politicians involved in large construction projects on his yacht. Police say one of his guests was Richard Marcotte, the mayor of the city of Mascouche, who will face fraud and corruption charges when he returns from a trip to Cuba, according to police.

Two of Mr. Accurso's firms have previously pleaded guilty to tax evasion, but his arrest on Tuesday marks the first time that he faces charges in connection with controversial business dealings.

Mr. Marcotte will face charges that he accepted a trip on Mr. Accurso's yacht, Touch, and received compensation from companies and individuals, including 10 truckloads of topsoil, in exchange for political favours.

"Everyone arrested today [allegedly]had a role in this system, whether they were on the receiving end or the giving end," Sûreté du Québec Lieutenant Guy Lapointe said at a press conference. "In the end, it comes down to a very simple, 'You give something, and you get something in return.' "

The arrests, related to construction projects in rapidly growing Mascouche north of Montreal, are the second major crackdown by the province's anti-corruption unit after a less-publicized sweep in nearby Boisbriand a year ago.

The latest intervention by the anti-corruption unit's Operation Hammer offers the clearest victory so far in the Charest government's attempt to deal with the scandal in Quebec's construction industry. The appetite for a thorough cleansing of political mores in Quebec remains high, however, as police are still struggling to catch up with spectacular revelations in the province's media over the past four years.

In addition, there will likely be more revelations of wrongdoing in the fall when a public inquiry starts hearings into allegations of overpriced construction projects and illicit political donations.

Still, the police work could make it easier for Mr. Charest to go to the polls before the summer holidays, as he can claim that his government's crackdown is no longer affecting only small fry. He can show that he has taken action on the construction file and get the election over with before dealing with the possibility that current or former members of his Liberal government might be caught up in the probes.

Mr. Charest was beaming after the arrests were announced.

"What this demonstrates is that no one is above the law. All those who are the object of investigations will be pursued," he said.

However, the opposition in Quebec City was quick to point out that Mr. Charest attended a fundraiser in 2008 at the home of Normand Trudel, another businessman arrested as part of the Mascouche crackdown. In addition, the police arrested Louis George Boudreault, a well-known Liberal organizer, in relation to a cash payment.

There is a feeling in Quebec that rot has infiltrated a number of layers of society. Last week, Radio-Canada aired a documentary in which a senior member of an engineering firm said he provided a $25,000 cash payment to a municipal organizer to influence the awarding of a $28-million contract for a water-purification plant. The project was funded with the help of an $11-million provincial subsidy that the Charest government approved over the objections of provincial bureaucrats.

The former Liberal minister of municipal affairs, Nathalie Normandeau, was then embarrassed by revelations that she received nine tickets to a Céline Dion concert from the construction firm that built the plant. In addition, the engineering firm that oversaw the project had organized five fundraisers for Ms. Normandeau.

Antonio Accurso is a 60-year-old Montreal-area businessman who has operated a wide-ranging network of businesses over the years, including construction firms, shopping malls and restaurants. He has worked in partnership on projects with the Solidarity Fund, the $7-billion investment arm of one of the top unions in Quebec, and has an impressive network of contacts among union leaders, politicians and other businessmen.

Known for his flashy tastes, Mr. Accurso bought a 91-foot yacht in Florida in the 1990s and brought it to a yard near Trois-Rivières, along the St. Lawrence, to be stretched into a 119-foot luxury vessel. In 2004, Mr. Accurso finally launched his boat: a unique yacht with four king-sized beds, a six-person hot tub, mahogany walls and furniture, gold faucets and marble counters. It has now been put up for sale.

Mr. Accurso started making headlines in 2009 over trips on his yacht by a powerful Montreal politician, Frank Zampino. The controversy was fuelled by the fact that Mr. Accurso's company had won a controversial $300-million water-meter contract from the city. Other union leaders also faced an outcry for going on trips in the Caribbean with the construction boss. Two of Mr. Accurso's companies pleaded guilty to $4-million in federal tax evasion in 2010.

With a report from Rhéal Séguin in Quebec 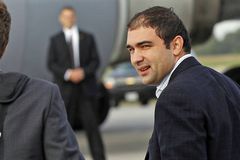 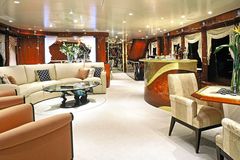 Follow Daniel Leblanc and Ingrid Peritz on Twitter @danlebla @iperitz
Report an error Editorial code of conduct
Due to technical reasons, we have temporarily removed commenting from our articles. We hope to have this fixed soon. Thank you for your patience. If you are looking to give feedback on our new site, please send it along to feedback@globeandmail.com. If you want to write a letter to the editor, please forward to letters@globeandmail.com.
Comments are closed