From fewer firefighters in Saint John to increased taxes in Montreal and Regina, the battle to control public-service pension plans is hitting home for Canadians across the country.

Governments at all levels are grappling with massive deficits in their public pension plans thanks to a combination of factors, including low interest rates, sluggish investment returns and an aging work force that is retiring in record numbers.

The City of Montreal has seen its annual pension contributions increase to $609-million this year, up $132-million from a year ago. In 2005, the city's annual obligation was just $130-million. In Saint John, city officials are cutting costs to cope with a $163-million shortfall in its civic pension plans. Regina taxpayers and city employees are facing a 25-per-cent increase in annual contributions to overcome a $246-million deficit in the civic pension plan. In Ontario, the Ontario Teachers' Pension Plan's shortfall stood at $17.2-billion as of last year, resulting in a reduction in benefits, and in Ottawa the federal government is considering changes to Old Age Security, arguing it is unsustainable.

"The stress of these things is starting to be felt across the country," said William Robson, chief executive of the C.D. Howe Institute, a Toronto-based think tank. "More and more of these obligations are now giving rise to cash payments that you now have to make."

Mr. Robson believes that in some cases the liabilities in public-service plans are much higher than stated because governments use unrealistic assumptions. For example, in a study he released in December, Mr. Robson concluded that the federal government's pension liability is $227-billion, roughly $80-billion higher than the government reports. Those figures have been disputed by government officials who stand by their calculations.

Either way, Mr. Robson said, the issue of public pensions has become critical for all governments. "Every government in Canada is going to have to look harder at these plans," he said.

He and others cite an aging workforce, a surging number of retirees and relatively generous benefits as the main reasons these plans are in trouble. Nearly all public-service plans in Canada are so-called "defined benefit" plans, meaning future benefits are guaranteed regardless of how the fund does financially. By contrast, most private-sector pensions are "defined contribution" plans, meaning future benefits depend on the performance of the investments.

While all plans have some form of joint sponsorships, with government and employees contributing a share, it can be an unequal relationship. When the plans are in a deficit, both sides have to help make up the shortfall. But when there is a surplus, taxpayers don't usually receive the benefit, just the plan members.

Solving the problem isn't easy. Montreal has raised taxes steadily to meet its pension obligations, and the mayor of Quebec City, Régis Labeaume, has called for a provincewide summit to discuss pension reform. Some labour unions have called Mr. Labeaume's suggestions an attack on them. The city of Saint John has already announced layoffs to meet its pension-plan obligations, and it is proposing cuts to the plan's benefits, such as reducing the inflation protection.

In his report to the Ontario government this week, economist Don Drummond singled out pensions, saying pension expenses could more than triple by 2018. He recommended that, in order to overcome funding deficits, the province should cut benefits instead of increasing contributions. "Higher contribution rates mean lower disposable income for plan members, particularly for those at the outset of their careers," he said in the report. If benefit changes can't be negotiated, he added, the government should legislate them.

But others say that the criticism of public-sector plans is overdone, and that there are plenty of examples of successful pension plans that do not burden taxpayers. Linda Haslam-Stroud, president of the Ontario Nurses' Association, said the Healthcare of Ontario Pension Plan is one of them. The $36-billion plan was fully funded at its last valuation in 2010, and the contribution rates for the government and employees are lower than other major Ontario government plans. Plan members also agreed several years ago to drop guaranteed inflation protection, Ms. Haslam-Stroud added, but the plan has still been able to keep pace with inflation.

"I've had enough of being targeted as the bloated public service," she said, decrying critics in the business community and media. "If we have a reasonable pension plan, we will not be a sap on the social welfare system."

new
Budget likely to set direction, rather than launch discussion, on pensions
May 3, 2018 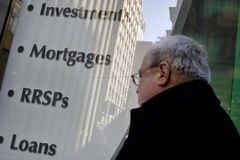 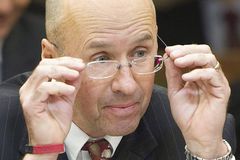 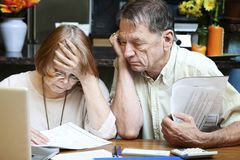 Young Canadians struggle to save for retirement
May 8, 2018 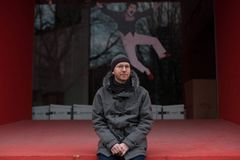