Less than a month after winning the leadership of the Action démocratique du Québec by the slimmest of margins, Gilles Taillon called it quits Tuesday - then dropped a second bombshell by saying he will ask the police to investigate "troubling" funding practices in the party.

Mr. Taillon faced a mutiny in the ADQ caucus after last Friday's resignation of two members, leadership contender Éric Caire as well as Marc Picard. They announced they will sit in the National Assembly as independents, accusing the new leader of betraying the party's right-wing ideology. Their departure left the ADQ with only four sitting members

"In order to end the futile infighting that has diverted the ADQ from its real objective … I announced to my caucus this morning to ask the party executive to prepare a leadership race," Mr. Taillon said in a news conference Tuesday.

François Bonnardel, Mr. Taillon's closest ally, said the outgoing leader was the victim of backstabbing from within the party. "There has been internal sabotage by certain people who wanted to cripple the credibility of the leader and the party," Mr. Bonnardel said while refusing to name names.

Mr. Taillon will not run again but will stay on as leader until his successor is chosen. He won the leadership by a single vote over Mr. Caire in an Oct. 18 vote and had planned to eventually run in a by-election to take his place in the National Assembly.

The close and bitter race left the party deeply divided and heavily indebted. The ADQ may not have the funds to hold another leadership race, and the party executive will seriously consider simply crowning a new leader.

Mr. Caire insisted that he will not run again for the party leadership, arguing that the ADQ was one step way from total collapse. "Mr. Taillon has done irreparable damage to the ADQ," Mr. Caire said. "I don't know how the party will recover from this. I can't see the party going through a second leadership race. The last one almost destroyed us."

The ADQ's co-founding former leader, Mario Dumont, who now hosts a current-affairs television show, called on the party to crown ADQ Member of the National Assembly Gérard Deltell as the next leader.

But Mr. Taillon said that, before he leaves, he would like to get to the bottom of suspicious funding practices that date back to when Mr. Dumont was leader and recently appointed Senator Leo Housakos was the party's main fundraiser. Mr. Housakos was also a top federal Conservative adviser and organizer for Prime Minister Stephen Harper and a close friend of Mr. Harper's senior aide Dimitri Soudas.

"I discovered some troubling things in the way the party finances were managed since 2003 … and I will probably ask to meet the Sûreté du Québec," Mr. Taillon said.

During the leadership race, Mr. Taillon criticized Mr. Housakos and the federal Conservatives' interference in ADQ affairs, saying that he wanted nothing to do with Mr. Housakos' money and fundraising abilities.

Mr. Housakos threw his support behind Mr. Deltell, who later refused to enter the leadership race and remained neutral throughout the campaign.

The ADQ isn't the only political party facing police intervention into questionable fundraising practices. On Tuesday, Liberal MNA Jean D'Amour stepped down from caucus until after police complete an investigation into his involvement in an alleged illegal campaign contribution.

The Liberal MNA stated Tuesday that a local entrepreneur had delivered to his home a brown envelope containing $500 cash to be handed over to Michel Morin, who in 2007 was running to replace Mr. D'Amour as mayor of Rivière-du-Loup.

Mr. D'Amour said he returned the money and refused to act as an intermediary for an illegal campaign contribution. Asked why he waited two years to reveal the information, Mr. D'Amour said he needed to protect his integrity after Mr. Morin went public with the story last week.

"I admit I am in an uncomfortable situation and that is why I took the decision to temporarily withdraw from the Liberal caucus," Mr. D'Amour said.

He said he never spoke about his dilemma to Premier Jean Charest and had only recently mentioned it to the Premier's chief of staff, Marc Croteau. 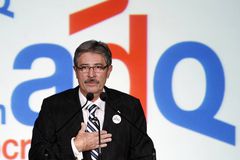 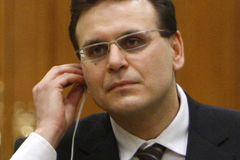