Refugee advocates warn the incoming Trudeau government will be hard-pressed to bring in 25,000 Syrian refugees by Jan. 1 as promised and are calling on Ottawa to set a more realistic schedule for selecting that many asylum seekers and ferrying them to Canada.

Church groups, charitable organizations and refugee agencies say the Liberals, who take power in Ottawa Wednesday, will have less than two months to verify, screen and transport the promised 25,000 to Canada in order to meet their political pledge.

"Everyone I am talking to do who does the logistics for these things says it would be quite challenging to get that many people [here] by the end of the year," Brian Dyck, the Mennonite Central Committee's national migration and resettlement co-ordinator, said.

"I think it's important for the government to say 'Maybe we should rethink that if it doesn't look like it's logistically possible.'"

During the federal election campaign, Liberal Leader Justin Trudeau promised to quickly bring 25,000 refugees from Syria to Canada – a pledge that stood in contrast to then-Conservative Leader Stephen Harper's argument that Ottawa had to proceed carefully on security screening of asylum seekers who were coming from a "terrorist war zone."

Mr. Dyck pointed to the pace of refugee arrivals in 1979 and 1980 when 60,000 Indochinese boat people found a new home in Canada. It took Ottawa 18 months to bring them here. "That gives you some perspective," he said.

One option for speeding up things would be to bring the Syrians to Canadian Armed Forces bases and finish processing there. As The Globe and Mail reported last week, the Canadian Armed Forces is scrambling to determine how many Syrian refugees could be temporarily accommodated at military bases.

Immigration lawyer Richard Kurland said the only way he sees the Liberal government fulfilling its promise is if Ottawa conducts less-than-thorough security checks. "Twenty-five thousand refugees by Jan. 1 is possible if incomplete security checks for 25,000 people from the Middle East looks like an acceptable risk," the Vancouver-based lawyer said.

In 1999, Canada initially housed 5,000 refugees from Kosovo at CFB Greenwood in Nova Scotia and CFB Trenton in Ontario. They spent six to eight weeks on bases.

Tom Denton with Hospitality House Refugee Ministry, a pioneer in the resettlement of refugees in Canada, said the paperwork demand for refugees has soared since the Kosovars came here.

"If they want to bring in 25,000 in short order, it would require some very fresh thinking," he said of the Liberals.

"The [Department of Citizenship and Immigration] is so tied up in its own paperwork they would somehow to have to find a way to bypass all of that stuff in order to bring in numbers like this quickly."

He predicted the Liberals will push back the Jan. 1 deadline. "I have a feeling they're going to give themselves some wiggle room to bring the 25,000 in over a longer period of time."

Mr. Denton said the civil servants who drove the refugee effort of the boat people in the late 1970s "had a rescuing mentality." He said: "They were bent on rescuing people – to hell with the paperwork." And while he says the immigration officials are just as motivated today, there's "systemic constipation in the system."

One refugee advocate who spoke on a not-for-attribution basis said there is worry that in order to expedite things, the Liberals may resort to bringing in the Syrians under a temporary protection program rather than as full refugees. In 1999, Kosovars were brought to Canada under a temporary sanctuary arrangement – many later returned home – although Ottawa at the time accepted applications for full refugee status from them.

Refugee groups say they will be watching to ensure the 25,000 promised by the Liberals are all government-sponsored asylum seekers – whose initial settlement costs are covered by Ottawa – and that Mr. Trudeau's administration is not including privately sponsored refugees in that pledged amount. 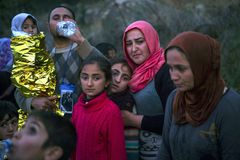 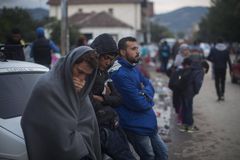 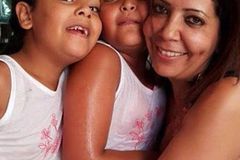 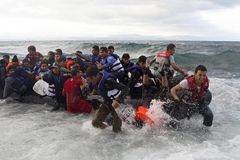