Surprise! The much-maligned Quebec daycare program, often described as an unaffordable luxury, might actually be a good financial deal for both the provincial and federal governments.

According to a study done at Sherbrooke University, the quasi-free daycare centres (parents pay $7 a day per child while the real cost is $40) are economically beneficial.

Since its foundation in 1998, the program has allowed 70,000 mothers to enter (or stay in) the labour market, which provided the public treasury with additional taxes that are far more substantial than the cost of the program. "The state obtained a fiscal return of 147 per cent, which means that the program has contributed to both the social development and the economic prosperity of the province," writes Luc Godbout, one of the researchers.

The influx of women into the labour market has increased the gross domestic product by $5.1-billion, which in turn brought in $1.7-billion in taxes to Quebec and $700-million to Ottawa.

In other words, the highly subsidized daycare program not only pays for itself, it provides the province's economy with additional revenue.

In 2011, half of Quebec preschoolers (215,000) were enrolled in daycare – an increase of 43 per cent in the past decade, compared to 20 per cent in the rest of Canada. According to the Sherbrooke University study, women with children under 15 and especially single mothers were proportionately the largest group to enter the work force since the birth of the program. During the same period, the income of families headed by women rose by 81 per cent.

The publication of the study generated much joy and a legitimate feeling of vindication among the daycare-users fed up with being derided as freeloaders benefiting from an overly generous program. But several critics pointed to flaws in the study.

"This is too good to be true: Such a miracle can only be explained by a flawed methodology," wrote Martin Coiteux, a professor at the University of Montreal's business school. Mr. Coiteux argues that the study (falsely) takes for granted that the daycare program created 70,000 jobs that wouldn't have existed in its absence. And he pointed out that it is the women between 15 and 24 who most increased their presence in the labour market, while the increase among women from 25 to 44 (the group most likely to have pre-school children) was about the same in Quebec as in the Atlantic provinces. This, Mr. Coiteux says, reflected the reform of the employment insurance system in 1997, which encouraged unemployed women to take a job.

Whether middle-class families should pay more than $7 is another issue – one that only the bravest of politicians would dare tackle since it would probably raise a storm of protest now that young parents see this privilege as an acquired right.

Beyond the debate about the financial impact of Quebec's daycare program, lies the undisputed fact that it greatly helped women reconcile work and family. In France, for example, free daycare is the main reason why the country enjoys a higher birth rate than most other European countries. Professional daycare centres are good for kids, too, since it helps them socialize and improve their skills, as shown in a preliminary study from the University of Toronto reported last month by The Globe: Pupils in all-day kindergarten scored significantly better than their half-day peers on tests relating to literacy, numeracy and fine motor skills. This, in itself, is a bonus for any society. 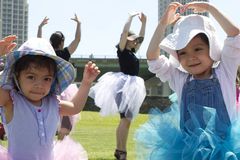 Opinion
Allowing babies in the House is the right thing to do
February 19, 2012 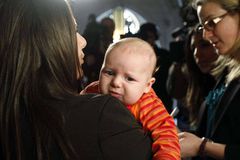 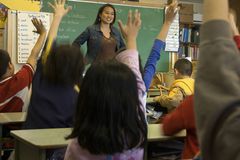