A member of Afghanistan's notorious intelligence service boasted to Canadian military officers in the spring of last year that his organization was able to "torture" or "beat" prisoners during the course of its investigations, federal documents say.

The startling declaration, believed to be the first to come directly from a serving National Directorate of Security officer, sent officials in Ottawa reeling and left Canadian diplomats and correctional officers in Kandahar scrambling to verify the statement, according to briefing notes obtained by The Canadian Press.

It was made during a May 9, 2009, meeting in Kandahar involving Canadian ground commanders, and critics say it's further proof Ottawa should not allow transfers to Afghan authorities.

Reports that the Afghan agency sanctions torture are legion, but those charges are usually made by human rights groups, humanitarian agencies and prisoners themselves. Serving intelligence officers are almost never that candid, and the claim precipitated an immediate halt in the transfer of prisoners by Brigadier-General Jon Vance, commander of the Canadian task force.

It was one of three occasions last year when Canadians stopped handing over suspected Taliban fighters. Defence Minister Peter MacKay acknowledged the May, 2009, pause in handovers under questioning in House of Commons last fall, but never explained the circumstances surrounding it - or a later incident the following September.

The only thing federal officials acknowledged was that the halts were related to "allegations about treatment" of prisoners. The suspension in September related to Afghan intelligence officers telling Canadians they needed more evidence when taking custody of suspected Taliban fighters.

But the torture claim by the NDS official prompted an extraordinary meeting on May 12, 2009, according to a briefing document prepared for Mr. MacKay. Officials with Foreign Affairs, National Defence, military commanders in Ottawa and Afghanistan, along with diplomats in Kabul met via secure video conference link with official of the Privy Council Office - the bureaucratic end of the Prime Minister's Office.

The "statements are significant and necessitate a response," said the May 15 summary of the meeting presented to Mr. MacKay.

The response was extraordinarily swift.

Within days of the claim being made, Foreign Affairs dispatched officials to interview six Canadian-captured prisoners, who were in custody at the Kandahar NDS facility at the time, and promised to "immediately double their visit tempo," according to written summary prepared for Foreign Affairs Minister Lawrence Cannon.

Canada's ambassador in Kabul at the time, Ron Hoffman, registered Ottawa's "concern" with President Hamid Karzai's government. Both the International Red Cross and the Afghanistan Independent Human Rights Commission were notified and in turn opened their own investigations.

Amarullah Saleh, who was head of the NDS during that period, also agreed to launch an investigation.

Interviews with prisoners in the immediate aftermath of the claim took some of the steam out of the crisis.

"While no specific allegations of abuse or mistreatment were raised, one detainee reported that during his interrogation he was threatened with being forced to stand for a long time, which would cause him pain because of a pre-existing knee injury," said the briefing note to Mr. MacKay.

The absence of any instant torture evidence prompted Canadian officials to second guess themselves and wonder if they had heard "the views of the one official that may not be representative of the NDS as a whole."

Several of ambassador Mr. Hoffman's fellow diplomats in Kabul chimed in, according to the documents, with the "thought this may have been merely a case of bravado on the part of one individual."

The Foreign Affairs Department went on to provide further reassurance and vouched for the NDS and described its relationship with the intelligence service over detainees as "satisfactory."

Even still, Ottawa decided to keep the incident quiet and only respond publicly if questioned.

"This issue has not been made public. Given that there have been no actual allegations of abuse or mistreatment, and considering the high level of co-operation from Afghan officials in investigating this matter, we see no need for a government announcement at this stage," said the briefing note to Mr. MacKay.

The reports noted there had no verified abuse claims involving Canadian-captured prisoners since a high-profile suspension of transfers in November 2007.

A spokesman for Mr. MacKay said Ottawa's handling of the incident was a demonstration that the "evolved" system of monitoring Afghan prisoners works.

"Canada is taking its responsibilities regarding the treatment of detainees seriously," Jay Paxton said. "This government implemented an enhanced transfer arrangement in 2007. The implementation of this enhanced arrangement was designed to help ensure that Canadian officials have access to Afghan detention facilities for the purposes of monitoring detention conditions and the well-being of detainees."

Mr. Paxton noted over 250 prison visits have been conducted to date.

But Paul Champ, the lawyer for two human rights groups that have challenged the transfer system, said the surprising statement adds weight to the argument that Afghan authorities can't be trusted to uphold international human rights law.

"Torture is a practise deeply entrenched in the National Directorate of Security and you can't wave a magic wand and have it disappear overnight," he said. "Canadian government officials who are dealing with these matters, I'm sure, don't believe that is the case. The government has been more concerned with plausible deniability than actually being concerned about the practice of torture."

The Military Police Complaints Commission, which is investigating what military cops knew or didn't know about torture in Afghan jails, resumes its public hearings Thursday after an almost three month break. 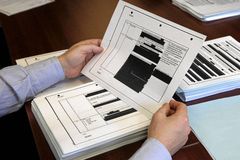 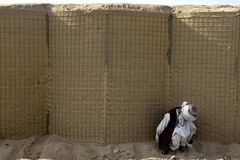 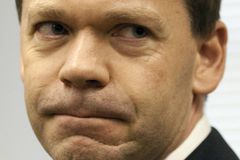 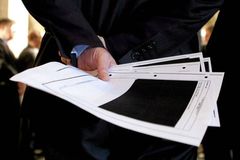