The federal government will pass regulations requiring a dramatic reduction of the powerful greenhouse gases used in air conditioning and refrigeration, Environment Minister Catherine McKenna said, after 170 countries reached a deal on the weekend to cut the use of hydrofluorocarbons.

The agreement contains binding commitments and penalties for countries that do not meet them, unlike the Paris accord that has voluntary commitments. It is expected to prevent up to 0.5 C of global warming by the end of this century. The discussions occurred this weekend at a United Nations summit in Kigali.

"This is a really good deal," Ms. McKenna said in an interview. "We're really bending the curve [on the use of HFCs]; it's a real practical example of how we can work together on climate action."

She said Ottawa will adopt regulations to reduce the use of the chemicals in the coming years. The government will provide rules and incentives for the destruction of existing HFCs, which are often simply vented into the atmosphere when air conditioners and refrigeration units are disposed of.

The Kigali agreement complements the climate-change agreement reached last December in Paris, where countries agreed to work to limit the increase in the average global temperature to less than 2 celsius degrees.

The new agreement comes slightly more than a week after governments agreed in Montreal to a deal that will eventually mean declines in GHG emissions from airlines on international flights.

HFCs came into common use after countries agreed under the 1987 Montreal Protocol to phase out another class of chemicals, chlorofluorcarbons, that were depleting the Earth's protective ozone layer.

HFCs are now the world's fastest-growing greenhouse gases, increasing roughly 10 per cent per year. They are also one of the most powerful, trapping a thousand times more heat in the Earth's atmosphere than carbon dioxide.

Under the HFC deal, countries can petition to impose trade sanctions on governments that fail to live up to the agreement.

While developed countries pushed for an even-tougher phase-down schedule, warm-climate developing countries pushed back, agreeing to a lengthier timeline. But the global chemical industry supports the amendment to the Montreal Protocol and says it is ready implement it.

The rapid growth of HFCs in recent years has been driven by a rising demand for air conditioning, particularly in developing countries with a fast-expanding middle class and warm climates. The Kigali agreement provides for exemptions for countries with high average temperatures to phase down HFCs at a slower pace.

Negotiators in Kigali came away with a weaker deal than the United States and Canada had initially hoped, after India and Middle Eastern countries demanded the longer timelines for their phase-down.

Countries closer to the equator are already experiencing rising temperatures and scientists forecast summer heat waves that will bring intolerable conditions and an even-greater demand for air conditioning.

Ms. McKenna said the resulting agreement is still a major step forward, and it could lead to more action as industry responds by producing more efficient and effective replacements.

"It is not often you get a chance to have a 0.5-degree centigrade reduction by taking one single step together as countries – each doing different things perhaps at different times, but getting the job done," U.S. Secretary of State John Kerry said in a release. "If we continue to remember the high stakes for every country on Earth, the global transition to a clean energy economy is going to accelerate."

Under the agreement, Canada and other developed countries would not increase their HFC use after 2018, and would reduce it to 15 per cent of 2012 levels by 2036.

With Canada now set to begin the phase-down of HFCs, there is pressure to ensure the existing stock of the powerful greenhouse gas is properly disposed of.

Montreal-based PureSphera Ltd. captures and destroys HFCs and other gases used as coolants and in foam insulation in refrigerators, freezers and air conditioners. The company operates in Quebec, Manitoba and Saskatchewan, and is looking to expand across the country if the federal government acts on HFCs.

Its chief executive, Jean Shoiry, is urging Ottawa to require appliance dealers to charge a fee – roughly $50 – that would pay for "end of life" disposal. 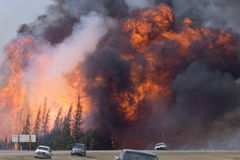 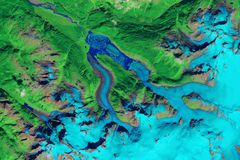