Alberta Premier Alison Redford has lost one of her backbench MLAs and an investigation is under way into an array of allegations that he broke provincial ethics rules by not disclosing financial and legal woes.

Peter Sandhu, who is in his second term representing the riding of Edmonton-Manning, resigned Tuesday from the Progressive Conservative caucus and all government duties in response to media reports that questioned his personal business interests. He also asked Ethics Commissioner Neil Wilkinson to launch an investigation, which Mr. Sandhu requested be made public once complete.

"I am confident I will be exonerated," Mr. Sandhu wrote in a statement to the Tories that was released to the media.

"While this was not an easy decision to make, it is the right one," he continued. "… I am taking these steps today to uphold the trust Albertans put in me."

According to a CBC investigation, Mr. Sandhu's residential construction company, New View Homes, has been sued dozens of times, mainly with respect to allegations of unpaid debts, which in turn haven't been disclosed under the province's Conflicts of Interest Act. The debt trail dates back at least 12 years, according to the CBC, and includes a default judgment and a consent order totalling more than $115,000.

The CBC report also raised issues around the legitimacy of a sworn affidavit, in which Mr. Sandhu told a court he was out of the country, but at the same time submitted records and receipts that suggested he was actually in Alberta.

In a statement, Ms. Redford said she was pleased the Ethics Commissioner would investigate and acknowledged Mr. Sandhu for stepping down.

"I want to thank him for making a decision that puts the interests of his caucus colleagues and Albertans first," she wrote.

Opposition parties, however, demanded that more be done.

During Question Period, Wildrose Leader Danielle Smith asked that an independent prosecutor be called in to supervise the investigation.

"The matter goes beyond the Conflicts of Interest Act and beyond the mandate of the Ethics Commissioner. It's a question of illegality that requires a proper investigation," Ms. Smith said.

Despite a caution by the Speaker of the Legislature to cease the line of questioning, Government House Leader Dave Hancock responded by saying that Mr. Sandhu has already done the "honourable thing" by stepping away from the governing party. He went on to call the issue a "private matter" that is already under investigation and is before the courts.

But NDP Leader Brian Mason went further and called for a police investigation.

"Signing a false affidavit is perjury – a criminal act. It's not an ethics matter for the Ethics Commissioner. It's a matter for the police," Mr. Mason said.

Mr. Hancock said that the document in question is already being handled by the court.

The spring session of the legislature could end as early as Wednesday.

Mr. Sandhu said he will stay on as a member of the legislature for his riding until the matter is resolved. 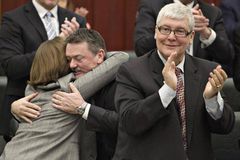 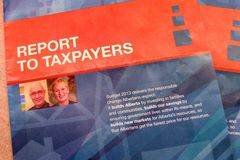 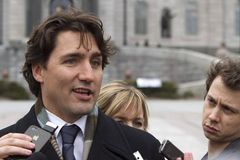 With wildcat strike over in Alberta, province to press union to cover losses