Alberta is boosting protection for whistleblowers who report government waste, corruption and mismanagement, but critics say the new bill falls well short of laws in other countries.

The provincial government tabled its long-simmering Public Interest Disclosure Act on Tuesday, one that enshrines job protection and anonymity while introducing fines for people who block investigations. Each government agency and department would develop a complaint process, and a whistleblower could go through that or directly to a commissioner. The bill's power extends to all agencies, boards, commissions, universities and school boards, a breadth that Alberta officials say is unparalleled in Canada.

"The [proposed law] is a cornerstone of this mandate and a giant step in making Alberta a leader in transparency legislation," said Don Scott, Alberta's associate minister of accountability, transparency and transformation, a new position created by Premier Alison Redford after this year's election.

Investigations will be led by a Public Interest Commissioner, who will be required to briefly report findings at least once a year. But the government won't say whether the commissioner position will be a new job, or whether the title will simply be given to a current legislative officer.

David Hutton, an Ottawa-based advocate for whistleblower laws, said he was "deeply disappointed" by Alberta's bill, which creates "a secretive, bureaucratic and tightly managed process" that offers too little protection. He said it mimics weak federal laws rather than world-leading whistleblower protection in the United States, Britain and Australia.

"All the indications are that this will, like the federal [Canadian] legislation, simply create a black hole into which courageous employees put serious concerns that affect the public interest –and get no feedback, no result and no protection," Mr. Hutton, executive director of the Federal Accountability Initiative for Reform, said in a written statement.

Paul Thomas, a University of Manitoba professor who has studied whistleblower laws, warned that workers, above all, need to feel protected. Without that, only a tiny minority will come forward. And among those "there is no way to protect them completely against long term, indirect damage to their careers, no matter what the law says," Prof. Thomas said in an e-mail.

The proposed whistleblower law also doesn't apply to contract workers, only to full-time provincial employees. That means many doctors and child-care workers, who contract with government or work for agencies that do, won't be protected. "You need to have it open to everyone," said opposition MLA Heather Forsyth of the Wildrose Party, which has pushed for whistleblower legislation.

The omission of doctors who work under contract is important in Alberta, where the government has long faced allegations of politically interfering with the health system. David Swann was fired from his role as a medical officer of health a decade ago for speaking out on government inaction on climate change; now both an Alberta Liberal MLA and an adviser to Mr. Hutton, Dr. Swann says the new law wouldn't have protected him.

"I think I, along with many Albertans, want to see a bill with real teeth, with good accountability for senior people who abuse their power and real meaningful compensation for people who suffer as a result of their willingness and courage to step up and challenge inequities, waste and corruption in our system," Dr. Swann said.

Wildrose plans on proposing some amendments, but Ms. Redford's party has a commanding majority that can push the bill through. Once passed, the law is projected to take effect on June 1, 2013. 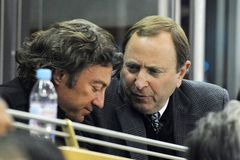 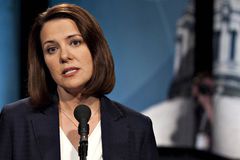 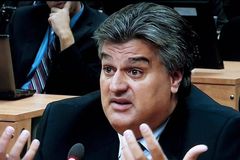