Algerian security forces are thwarting efforts by Canadian police and intelligence agents to confirm whether Canadian citizens were among the Islamic jihadis who attacked a gas plant in a brazen terrorist assault that killed dozens – including Americans and Europeans – at a remote Sahara desert site.

Nearly two weeks after Algerian Prime Minster Abdelmalek Sellal said a Canadian played a key leadership role in the attack, RCMP and CSIS agents sent to Algiers have been denied access to documents, bodies, witnesses and tissue samples, according to multiple sources familiar with the ongoing, and so far unsuccessful, attempts to help the Algerian investigation.

"A Canadian was among the militants," Mr. Sellal said after the battle to retake the remote plant near the Libyan border. "He was co-ordinating the attack," he added, giving the Canadian's name only as "Chedad."

And he is a Canadian of Chechen origin, according to a report published Friday by the respected French newspaper Le Monde after one of its journalists toured the gas plant.

Other Algerian officials and freed hostages said a second Canadian was among the al-Qaeda-linked jihadis who held hundreds hostage in what they claimed was retaliation for the French military assault on Islamic militants in northern Mali. Some who survived the four-day siege said a hostage taker had a North American or Canadian accent. And unconfirmed reports said Canadian passports were among documents found on two of the dead jihadis.

"We have been given no information [by the Algerians] to corroborate their claims," said Rick Roth, a spokesman for Foreign Affairs Minister John Baird.

However, he later added: "Canadian officials are on the ground in Algeria working with Algerian officials to get the necessary information."

Nothing yet made public confirms the Algerian Prime Minister's claims that Canadians played a leading role in the attack that shocked the North African country and reverberated around the world. Mr. Sellal has not said other Westerners were among the jihadis, although at least 36 foreigners and more than 80 Algerians were killed, either by the hostage takers or in the fierce firefights to liberate the complex.

U.S. officials who briefed journalists this week said Washington was not aware of any evidence but was taking seriously the Algerian allegation that two of the extremists who participated in the attack on the gas plant were Canadian.

Crucial to any investigation will be the recovery of the Canadian passports, according to Algerian officials. Until they have been turned over to Canadian agents, it will be impossible to determine if they are real and properly issued to Canadian citizens, real passports fraudulently obtained or fakes. According to officials familiar with the diplomatic standoff, Canadian agents have also failed to obtain teeth or tissue samples, vital for any attempt to match identities with terrorist watch lists in Canada.

The two bodies were badly charred – burned beyond recognition was one description – after fires that followed the assault by Algerian ground forces, backed by helicopter gunships, that liberated the plant in a sporadic battle that lasted several days.

According to a U.S. intelligence official, reports indicate that Mokhtar Belmokhtar, the one-eyed militant who allegedly masterminded the gas-plant attack, and other militants belonging to or affiliated with al-Qaeda's North African branch are plotting new attacks on Western interests in the region and beyond.

Algerians and Algerian-Canadians were members of an al-Qaeda cell in Montreal in the late 1990s, but so far nothing indicates any of them were involved in the Algerian attack. 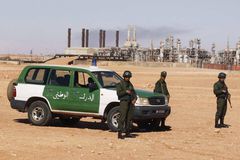 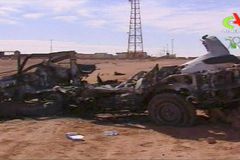