Prime Minister Stephen Harper is backing embattled International Co-operation Minister Bev Oda, despite mounting opposition manoeuvres to have her judged in contempt of Parliament for doctoring a document on foreign-aid funding.

Mr. Harper defended Ms. Oda, who would be the first sitting cabinet minister to be found in contempt, saying she made the right decision and had every right to overrule her bureaucrats' recommendation.

"It is not the decision of appointed officials, it is not the entitlement of outside organizations. It is a decision of the minister to make sure that taxpayers' dollars are used effectively for foreign aid and that is what she has done," Mr. Harper told the Commons on Tuesday.

Ms. Oda admitted on Monday that she gave instructions for the word "not" to be inserted in a 2009 recommendation that church-backed aid group Kairos be given a $7-million grant - thereby cutting off the funding.

Opposition MPs argue that her admission shows she misled the Commons twice, first by portraying the decision as a routine matter handled by officials at the Canadian International Development Agency, and then when she testified to a committee last December that she did not know who had altered the document.

Mr. Harper's defence of his minister did not deflect attacks from all three opposition parties, however, who argued it's not merely a question of botched paperwork and a minister's power to overrule her officials.

"That wasn't the question. That's the government's responsibility, certainly," Bloc Québécois Leader Gilles Duceppe said. "But our point, however, is that for months she laid the decision on the recommendations of civil servants, which is false, and secondly, documents were falsified."

MPs on the foreign affairs committee are expected to decide as early as Wednesday whether they will submit a report to Commons Speaker Peter Milliken, asking him to find that Ms. Oda breached the privileges of Parliament. If he agrees, he's likely to refer it to another committee to investigate whether a vote on contempt should be held.

That might take months, and would likely be symbolic: Parliament has not meted out punishment to an offender since 1913, when Montreal businessman R.C. Miller was jailed for four months for being in contempt.

The most recent case was in 2008, involving then-RCMP deputy commissioner Barbara George - she received no further punishment. Contempt, however, is a rare censure: it has only happened five times, and never to a cabinet minister.

Queen's University parliamentary expert Ned Franks opined that Ms. Oda's case is more obvious than most: "If I've ever seen a clear case of contempt of Parliament, this is it," he said.

The Kairos case has twice been controversial. Immigration Minister Jason Kenney told an Israeli audience in December, 2009, that the group's funding was cut because the government didn't like Kairos' views on Israel - but Ms. Oda and other Tory MPs insisted it was a routine CIDA decision.

Last December, documents emerged showing that CIDA's senior civil servants, including the agency's president, Margaret Biggs, had recommended a new grant for Kairos, but the word "not" was inserted after they signed it - changing it to a rejection.

Ms. Oda's signature also appears on the document, but in testimony in December, she said she did not know who inserted the word "not" but that it reflected the government decision. On Monday, Ms. Oda said the handling of the paperwork was "unfortunate."

Ms. Oda did not reply to opposition demands for her resignation Tuesday as she sat in the Commons; instead, Mr. Harper and House Leader John Baird rebuffed them.

Mr. Baird quoted Ms. Biggs's testimony in December, and said Ms. Biggs had indicated that inserting the word "not" in a recommendation was normal: "[Ms. Oda's]own deputy minister, the president of CIDA, said, you know, the 'not' there was just a reflection of her decision. It was normal," he told reporters.

In the December testimony that Mr. Baird quoted, however, Ms. Biggs appeared to be saying that it was normal for a minister to reject a recommendation from officials.

"I think as the minister said, the agency did recommend the project to the minister. She has indicated that. But it was her decision, after due consideration, to not accept the department's advice. This is quite normal, and I certainly was aware of her decision. The inclusion of the word "not" is just a simple reflection of what her decision was, and she has been clear. So that's quite normal," she told the foreign affairs committee.

At that same hearing, she was asked if she had been made to look as though she opposed funding Kairos. "I won't comment on that, exactly," she replied. "I'll just indicate that I did recommend it to the minister in writing. I think if I had changed the recommendation on the memo I would have initialed it." 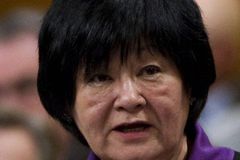 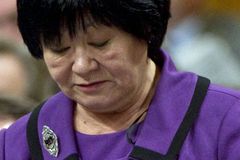 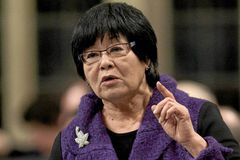 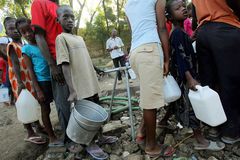 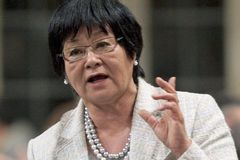 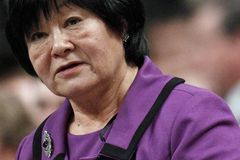