There've been floods, accidents and terror plots. But it's the paper backlog that's really brutal. One Canadian embassy has offered this advice to foreign travellers: Don't come to Canada.

It's not the standard marketing pitch in the dog-eat-dog competition of international tourism, an industry where a welcoming smile and an at-your-service attitude are usually prized.

But rotating foreign-service strikes have extended the wait for Canadian visas, to four weeks, six weeks, sometimes more. So the Canadian embassy in Bogota is politely advising people it's best to stay away.

"All Canadian visa offices around the world are working at reduced capacity and processing times for visa applications are uncertain at the moment. So we recommend looking for other options for a trip that do not include a stop in Canada," an official in the embassy's immigration section stated in what appeared to be a rote Spanish-language reply.

It is not, according to Alexis Pavlich, a spokesperson for Immigration Minister Jason Kenney, an approved message, and she insisted it was sent to only a handful of people who were planning to travel through Canada, rather than stay. But the e-mail, sent to an employee of a major Canadian tourism company, has frustrated industry leaders who say it's an unguarded reflection of the Canadian government's message to tourists who need visas.

"I wasn't surprised by the sentiment. I was surprised somebody put it in writing," said David Goldstein, president of the Tourism Industry Association of Canada. The waits for a Canadian visitors' visa, sometimes four weeks, or as long as eight, is a message to many travellers that Canada is not open for business, he said. "It's extremely frustrating."

The official message, on the Citizenship and Immigration Canada website, isn't encouraging either: it warns tourists to "anticipate delays and submit their application as far in advance as possible." But tourists often aren't willing to wait, or to send in documents like passports for an uncertain amount of time. The Tourism Industry Association estimates the delays will cost the industry $280-million this summer, by reducing travel by people who require visas – from growth markets such as China, India, Mexico, and Brazil – by 30 per cent.

Mr. Goldstein said the industry isn't taking sides but wants the government to end it – with replacement workers, or some other immediate fix.

The rotating strikes by the roughly 1,300 members of the Professional Association of Foreign Service Officers are an attempt to force the federal government to negotiate pay raises; they say they are paid less than other civil servants who do similar work, but don't get posted abroad.

In the vast numbers of the civil service, PAFSO is a small union, and the federal government has maintained there's been little impact from a strike of foreign-service officers. But the union's ranks also include immigration officers posted abroad – and their rotating walkouts have caused major visa backlogs. PAFSO's president, Tim Edwards, said that on Tuesday, all foreign-service officers were off the job in Brasilia and Sao Paulo, but in 11 missions, including busy visa offices in Hong Kong and India, only immigration officers were on strike.

"It's a game of monkey in the middle," he said. "Clearly, we're getting frustrated with being the monkey." 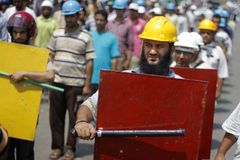 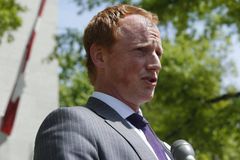