There is one major reason it is unlikely a Conservative candidate will ever win Vancouver Centre – one that most political observers do not identify.

The riding has a population density of 73 people a hectare.

A new analysis shows that Conservatives did not win any ridings in 2011 with population densities greater than 50 people a hectare.

That election marked the high point of an increasing polarization of the vote between low-density and high-density ridings, says Michael Heeney, the principal of the firm BTA Works, which did the analysis.

And that is a problem, he said, if a government that cannot get representation in the country's major urban centres is in charge of national policy.

"If most of the economy is in the urban regions, but they're not part of government, they're managing with one arm tied behind their back," Mr. Heeney said. "If we truly are an urban nation, it's harder to move forward."

His Vancouver architecture firm has undertaken an unusual role in recent years by getting an in-house city planner, Andy Yan, to do academic-level analysis of housing and political issues.

Mr. Yan did a study for BTA Works of the three most recent elections to look at the correlation between population density and voting.

It showed a pattern similar to that of the United States, where analysis after the 2012 presidential election showed that Republicans tend to dominate in low-density counties and Democrats dominate in high-density ones.

The voting preferences appeared to switch at 800 a square mile (three people a hectare), with 98 per cent of people in the 50 highest-density counties likely to vote Democrat. The same pattern showed up at the other end for Republican voters.

Mr. Yan's Canadian analysis indicated that Conservative ridings show the strongest correlation with density. Conservatives dominated at the low end, but were not able to win a riding more urban than mid-town Toronto's Eglinton-Lawrence riding, at 50 people a hectare.

The other two parties' results were not as sharply correlated with density.

Political-science and polling experts said that pattern fits what they have seen in political trends.

University of British Columbia political science professor Richard Johnston said the Conservatives used to be firmly rooted in cities until John Diefenbaker won the leadership in 1956.

"Diefenbaker takes that party and makes it a party of resource production, a western party, and takes it down a path of being anti-urban, anti-metropolitan," he said.

Under later Conservative leaders, such as Joe Clark and Brian Mulroney, that abated a bit, and Conservatives won some urban ridings.

But that changed as the Conservative Party was shaped by the breakaway western versions of conservatism, the Reform and Canadian Alliance parties. Leader Stephen Harper and a Conservative party whose base is firmly outside metropolitan centres is the result.

"Now we have a party that is even more purged of cosmopolitanism," Dr. Johnston said.

The NDP's unusual range, he said, comes from its historic base in remote resource towns where it flourished in the early years, combined with its recent dominance in working-class urban areas.

Pollster Greg Lyle agreed that the rural-urban divide was not always so marked.

"Those patterns didn't used to be as strong."

In other decades, people voted along other alignments, said Mr. Lyle, who runs Innovative Research Group. Protestants voted Conservative and Catholics voted Liberal, so Liberals would have strong showings in rural regions that were dominated by Catholics.

But as a result of the current patterns, Canada's past few elections have been decided in the suburbs, as this one will be, he said.

"Tories have to win in the suburbs to win."

But, Mr. Lyle said, none of that means that Conservatives will ignore cities.

"At the end of the day, if you want to be in government for any length of time, you have to pay attention to cities because they drive the economy." 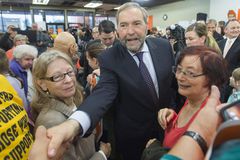 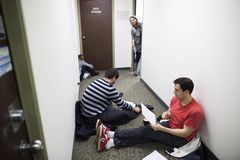 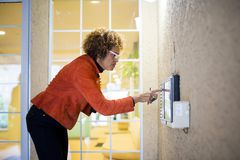