The left in Canada ought to have worked alongside the International Free Press Society (whose board members include Ezra Levant, Kathy Shaidle, far-right Dutch political leader Geert Wilders and Mark Steyn) and aided Ann Coulter in carrying out her speaking tour of Canada.

They should've bought her the fruit basket that she claimed to be expecting upon arrival (which was fitting). Perhaps that chore fell to The University of Ottawa Campus Conservatives, the group that booked Ms. Coulter's room in its name.

My own instinct is to say, "Please come back, Ms. Coulter. Tell us more. Bring Glen Beck and Rush Limbaugh. Perhaps together you can do for the Conservatives what they've done for the Republicans in America" - that is, become the loudest voice on the right, and cause some of the very reasonable people who support the Conservatives such embarrassment that they hesitate to be associated with the party.

It's much the way I resent any suggestion that Naomi Klein speaks for me, or the way PETA members make me want to eat them.

If America is any indication, we only have to listen to enough of these speakers and we'll end up with socialized dentistry, an idea I sincerely support. Let Ann Coulter be Ann Coulter. The same Ann Coulter who has said that the U.S. ought to invade Muslim countries, kill their leaders and convert all Muslims to Christianity.

Conservatives know the Muslim vote is worth courting. As Frank Graves of Ekos Research Associates says, "It's now religiosity (not denomination) which predicts voter intention. The more one attends church the more likely that one votes Conservative. In the past Roman Catholics strongly supported the Liberal party. This was also true of the Jewish vote. Both these votes went CPC in the last election …"

Observant Muslims fit naturally with this pattern - if they don't get spooked. Predictably, the Conservatives distanced themselves from Ms. Coulter, "The Conservative Party of Canada and/or the government of Canada has absolutely nothing to do with her private tour across the country," Dimitri Soudas, the press secretary to Prime Minister Stephen Harper told Canwest.

This asks Canadians to take a fairly nuanced view, considering who invited Ms. Coulter (the Campus Conservatives) and who sponsored her (a Conservative-leaning think tank).

The letter from University of Ottawa's provost François Houle warning Ms. Coulter that, if she didn't tone down her rhetoric at that institution, she'd risk prosecution under Canada's hate-crime laws, was obviously counter-productive, predictably giving a woman who is "not a big fan of the First Amendment" a chance to complain that she wasn't being allowed to speak freely.

Not to mention allowing a woman who's called it her "personal fantasy" that women in America not be allowed to vote to complain of being disenfranchised. And allowing a woman who … well, I could delve indefinitely into the contradictions of Ms. Coulter. She's a walking bar brawl - logic won't end her.

It's unlikely the attention she garnered this week gained her followers; Ms. Coulter is no more likely to win converts through these antics than Michael Moore is through his films. Success here is best viewed as informal polling rather than recruitment.

Universities must encourage free speech and debate. Controversial, even silly ideas ought to be discussed - on principle, yes, but not just on principle. It benefits minorities when Ms. Coulter airs her views - as on Monday when she told Fatima Al-Dhaher, a student at the University of Western Ontario, that Muslims unequipped with the flying carpets Ms. Coulter had previously suggested they use for transport (because they shouldn't be allowed to fly in airplanes) "take a camel."

Canadian Muslims, women and homosexuals have heard lame, camel-esque quips before - whispered. Ms. Coulter allows those fighting prejudice to forgo the dull task of proving and reproving that racism, homophobia and religious intolerance exist, and get on with it. Why look that gift horse in the mouth? 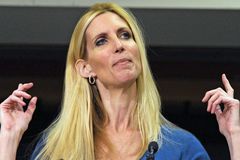 Opinion
The Coulter debate: Can you be too incendiary?
May 1, 2018 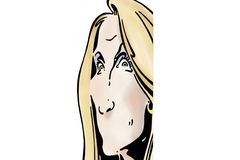 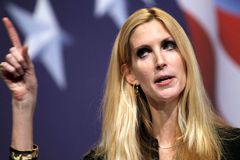 Opinion
A capital where freedom's in short supply
May 9, 2018

Opinion
Universities are bastions of free speech? Not in Canada
December 15, 2017 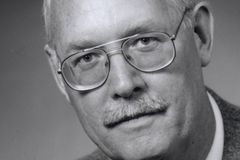 Opinion
The real meaning of Ann Coulter's non-visit visit
May 1, 2018