The Canadian Nuclear Safety Commission is investigating allegations contained in an anonymous letter claiming to be written by specialists at the nuclear regulator that says information has been withheld from commissioners while making critical decisions about the licensing of this country's nuclear plants.

The letter, which was sent several weeks ago to CNSC president Michael Binder, points to five separate cases in which the commission's staff sat on relevant material about risk or non-compliance that might have called the safety of a plant into question.

The letter says hazards have been underestimated, plant operators have been permitted to skip requirements of the licensing regime and assessments outlining what could happen in the event of a major-scale nuclear disaster – such as the one that occurred in Fukushima, Japan, in 2011 – have been withheld from the commissioners and the public.

Aurèle Gervais, a spokesman for the CNSC, said the commission is aware of the letter and is analyzing the concerns that have been raised. He also said the regulator has many mechanisms for allowing staff to raise issues, and "it is unfortunate" that the anonymous authors of the letter did not take advantage of them.

The letter was also sent to representatives of two environmental groups, as well as to a current and former CNSC commissioner.

Although it is impossible to verify that the letter was written by CNSC specialists, environmentalists who received copies of the document say the level of detail, the manner of speaking and the amount of complexity suggest it was written by someone with inside knowledge. And, they say, the problems are symptomatic of a culture at the commission in which employees are expected to act as boosters of the nuclear industry rather than watchdogs of nuclear safety.

The letter writers, who say they are remaining anonymous because they are not confident of whistle-blower protection, are asking Dr. Binder to assign an independent expert to review the accuracy of their claims. They make eight additional recommendations for improving the licensing regime, many of them relating to specific issues at the Darlington Nuclear Generating Station on Lake Ontario, just east of Toronto, and at the Bruce plant on Lake Huron.

"Our primary concern is that CNSC commissioners do not receive sufficient information to make balanced judgments," the letter says. And "because insufficient information is made available, other branches of government cannot make informed decisions. For example, the government of Ontario cannot make a good decision about financing the refurbishment of Darlington without knowing all the facts."

Dr. Binder was appointed by the former Conservative government of Stephen Harper after it fired then-CNSC president Linda Keen when she balked at skirting safety rules. Ms. Keen now serves as a corporate director for various organizations and does consulting work.

"We've seen the CNSC become a cheerleader for the nuclear industry since the Harper government fired former CNSC president Linda Keen," said Shawn-Patrick Stensil, a senior energy analyst with Greenpeace Canada who was one of the two environmentalists to receive a copy of the letter. "The Trudeau government needs to restore the independence of Canada's nuclear regulator," he said.

The letter writers refer to a number of cases in which, they say, the commissioners have made decisions without knowing all of the facts.

In 2014, they write, the commission granted Ontario Power Generation a one-year licence for the Darlington plant on the condition that OPG would update the safety assessment on the reactor's pending refurbishment. By December, 2015, OPG had still not submitted all of the components of a full risk assessment, but CNSC staff did not inform the commissioners about the missing information, and a long-term licence was granted.

OPG submitted an updated safety assessment for Darlington last year, but the letter writers say CNSC staff who presented the assessment to the commissioners did not mention that they "had completed little or no review" of that assessment. In fact, they say, by early 2015, the CNSC was just getting around to resolving all comments from a 2011 review.

The letter writers say Bruce Power's operating licence required the completion of safety assessments by the end of 2013. But even though that was not done until late 2014, they say CNSC staff failed to inform the commissioners of the non-compliance at a licensing hearing that year. The letter writers say that the commission's management "actively discouraged" a review of Bruce Power's safety assessments by technical specialists.

They say that when technical experts from Natural Resources Canada were engaged by the commission to review the seismic hazard for the Darlington site, the specialists concluded that Ontario Power Generation had underestimated the hazard by a factor of two – something that the letter writers say CNSC staff did not tell the commissioners. As well, no information was presented by either organization on how this might affect seismic risk.

And, they write, intervenors at a recent OPG licensing hearing asked about the effects of a nuclear event at Darlington on the scale of what happened at Fukushima, and the extent of the possible evacuation that would be required. But even though the letter writers say they believe OPG has completed such an evaluation, they say it has not been provided to the public or to commissioners, nor was it required to do so.

Without that information, "commissioners cannot judge whether Ontario's emergency response plan is adequate," the letter says. "Additionally, the government of Ontario cannot fully assess the economic and social risks associated with extending the life of Darlington."

OPG spokesman Neal Kelly said he could not comment on the letter. "What we can say is that, in all licensing hearings, we conduct extensive and thorough studies that are examined in detail," he said. "The results of those studies have shown that our plants are safe to operate and will protect the environment and the public."

When informed of the letter, Laurel Munroe, a spokeswoman for federal Natural Resources Minister Jim Carr, said CNSC administers one of the most stringent nuclear regulatory regimes in the world and the government "understands the importance of respecting the arm's-length relationship."

Theresa McClenaghan, executive director of the Canadian Environmental Law Association, who was the other environmentalist sent a copy of the letter, said actions of this sort – in which whistle-blowers make such specific allegations – are both rare and surprising. But, she said, she has no doubt it was written by someone inside the CNSC.

"We are often very concerned that commissioners are not getting the full story from the proponents or the regulatory staff," Ms. McClenaghan said. "In the hearings, we really do see a frustrating amount of apologetics for the industry going on by staff."

Mr. Stensil, of Greenpeace, said the most serious issue raised in the letter is the allegation suggesting that CNSC staff knows about additional risks being posed by reactors, but is ignoring them. That is what happened at Fukushima, he said.

"That's not a nuts-and-bolts or an engineering issue," Mr. Stensil said. "That's a safety culture issue." 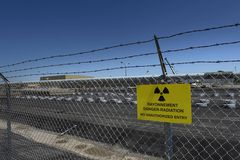 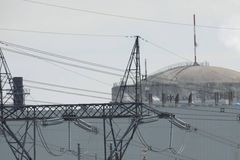 Jeffrey Simpson: Nuclear is the missing link in our climate debate
Subscriber content
May 19, 2016