Beefing up the powers of Canada's spy agency will come at the expense of the RCMP's ability to investigate and prosecute terrorists, security and legal experts are warning.

In addition, giving new powers to the Canadian Security Intelligence Service to "disrupt" security threats will increase the role of political officials in law-enforcement operations in Canada, experts said.

The federal government's proposed Anti-Terrorism Act has sparked a fierce debate between proponents of security and defenders of civic rights. The Conservatives and Liberals voted to send the legislation to committee for further study – against the opposition of the NDP – on Monday night.

Security experts are already raising questions over the government's decision to provide CSIS with new powers to disrupt terrorist threats, which stands to increase its overlapping areas of responsibility with the RCMP.

In particular, CSIS agents would be able to stay much longer on a case before they call in the Mounties to open up a criminal investigation, as they frequently do under their joint responsibilities over national-security matters. Instead of facing a criminal investigation, potential terrorists would continue to be monitored, and potentially disrupted by the intelligence-gathering agency, but not face the possibility of being charged, which is the sole purview of the RCMP.

In announcing the legislation last month, federal officials said the goal is to provide CSIS agents with the ability to act on threats to Canada's security "while they are in the planning stage." For example, CSIS agents could disrupt shipments of chemicals to would-be terrorists, or speak to a would-be terrorist's family members and friends to try and influence his plans, the government said.

But it also means that in many cases, CSIS could continue to track a target rather than calling on the RCMPP to launch a criminal investigation.

"It's blindingly obvious that it's creating a potential problem area, not just in terms of the co-operation between the two agencies, but the efficacy of their work," said Wesley Wark, a professor at the University of Ottawa and one-time member of the Prime Minister's now defunct Advisory Council on National Security. "If CSIS gets involved in too many disruption operations, under a quasi-intelligence mandate, this means that you are removing cases from the reach of criminal prosecutions."

"I can't help but reflect on the Air India inquiry, where CSIS hung on too long to particular information that would have been very valuable to the RCMP. It's something you have to bear in mind, looking at this legislation, to ensure that both CSIS and the RCMP will co-ordinate their efforts," he said. "We have to learn from the lessons of the past."

National-security lawyer Paul Cavalluzzo – who was the lead commission counsel at the Arar Inquiry – said the increased powers of disruption could have been provided to the RCMP, which is already active in the field.

"One wonders why this was given to CSIS, which has absolutely no experience and expertise as far as this kind of activity is concerned," Mr. Cavalluzzo said. "It seems to me that when you start giving them overlapping functions, there is going to be less co-operation between the two agencies and less sharing of information."

Mr. Cavalluzzo added that CSIS operates more closely to the government than the RCMP, and will need ministerial approval every time it seeks a judicial warrant to engage in disruption activities.

"CSIS's primary role is to advise government, whereas as a law-enforcement agency, there is an independence with the RCMP that has been developed over hundreds of years," he said. "Law enforcement was intended to be independent from government, that is a very cherished principle in this country and it could be eroded by this new law."

The RCMP and CSIS declined to comment on the legislation, which is still in front of Parliament. The government has defended its plan by stating that speed is of the essence in the current fight against jihadi terrorism, and that CSIS needs more flexible tools as it monitors its targets.

"What we are proposing would instead strengthen Canada's national security by allowing CSIS to act rapidly to disrupt a threat. In all of its work, as it does today, CSIS would co-ordinate with its national and international partners, as appropriate," said Roxanne James, parliamentary secretary to the Public Safety Minister.

Former senior CSIS agent Ray Boisvert added the spy agency is most likely to use its new powers in regards to low– and medium-security threats, while letting the RCMP keep its responsibility over the "higher-level, higher-risk events."

"There are a lot of low-hanging fruit that do not require the resources and the big hammer of the RCMP," said Mr. Boisvert, who retired as assistant director of intelligence in 2012. "The RCMP would much rather stick to more complex conspiracy-like investigations, like the Toronto 18 and others, where you need to collect evidence to bring it in front of a court of law."

"It's almost like an alternative justice approach," he said.

Opinion
If IS falls, Canada must be ready for the return of foreign fighters
February 23, 2015 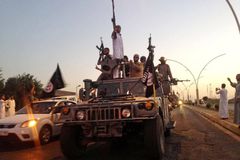 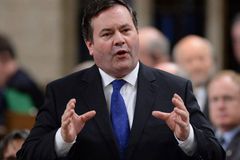 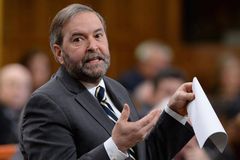 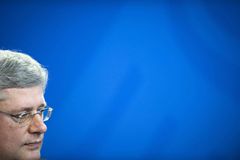 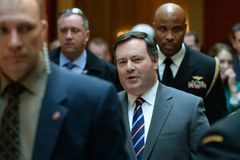