The Conservative budget is expected to deliver a long-term infrastructure deal worth well over $30-billion – an amount Canada's cities are prepared to welcome even though it falls billions short of what they say is needed.

The government pledged two years ago to work with the Federation of Canadian Municipalities on a new infrastructure plan to replace the deal that expires in 2013-14. The process involved extensive discussions across the country, and countless meetings with officials in Ottawa.

Now that the negotiations are done and Finance Minister Jim Flaherty is putting the final touches on his 2013 budget, the FCM updated The Globe and Mail on what it expects.

Mr. Flaherty announced on Thursday that he will table his eighth budget on March 21. An infrastructure deal with cities is likely to be one of the very few bright lights in a budget that is being billed as a restraint package designed to balance the country's books in time for the federal election in 2015. With slim economic growth for the coming year and lower commodity prices that are already hurting Ottawa's bottom line, infrastructure is one area where government can squeeze more projects – including partnerships with the private sector – out of limited public funds.

Heading into negotiations, Canada's municipalities had called for a 20-year plan worth about $6.6-billion annually. Based on their latest discussions with government officials, they are now expecting the budget will pledge between $4.25-billion and $5-billion a year for municipalities and a timeline shorter than requested. The FCM expects Ottawa's pledge will be for longer than the previous term, which was seven years, but did not speculate on an exact length.

"I'm hopeful," said Karen Leibovici, president of the FCM and an Edmonton city councillor. "I think they've heard the message that you can't allow the infrastructure in this country to keep falling into a major disrepair, and in fairness, over the last number of years, this government has put more dollars into infrastructure than we've seen in a long, long time."

Municipalities argue that promising money over the long term allows cities and towns to enter into large infrastructure programs that require financing over several years.

Dan Miles, a spokesman for Mr. Flaherty, said he could not discuss details.

"I can't comment on what may or may not be in the budget," he said. "However [the] FCM is a strong partner."

It is not clear yet how the new long-term pledge fits with returning to balanced books. Finance officials can bury planned spending inside their long-term forecasts through what is known as the "fiscal framework," which is essentially the total amount Ottawa plans to spend – even though it may not have announced all of the details.

Mr. Flaherty outlined the parameters of his 2013 budget in November through a speech to the Toronto Board of Trade. The board has been a vocal advocate for more infrastructure spending, claiming in a 2011 report that gridlock has become the biggest threat to economic prosperity in the Greater Toronto Area and is costing the region $6-billion a year.

The FCM says its main concern now is for Ottawa to be more specific about its plans for spending in the later years. The government has made it very clear that the priority for this year's budget is a plan to erase the deficit by 2015-16. The FCM is looking for assurances that, after the budget is balanced, there will be negotiations about increasing the annual funding for municipalities.

Most, if not all, of the infrastructure spending is likely already factored in to the government's timeline for erasing the deficit. Current federal transfers to municipalities break down like this: Nearly $1-billion in GST/HST rebates, $2-billion in federal gas tax transfers, and about $1.25-billion a year from the expiring Building Canada Fund. Mr. Flaherty has already said the GST/HST rebate and the gas tax transfer will continue. He has said no decision has been made beyond that.

The FCM expects the $1.25-billion-a-year transfer will be renewed and is also expecting additional new transfers. It is also likely that the federal government will renew other infrastructure funds that do not involve direct transfers to municipalities, such as replenishing the budget for a public private partnership program called PPP Canada.

That means the total amount of the infrastructure package could approach $5-billion a year. 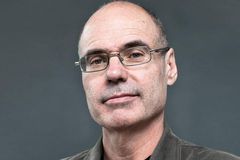 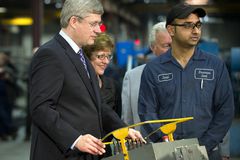