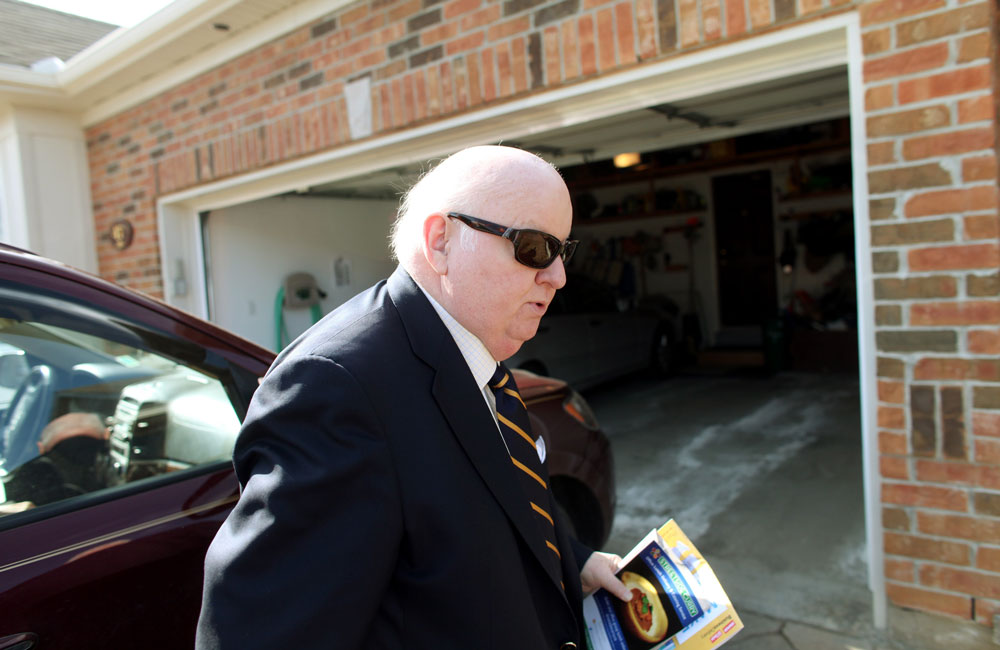 Suspended Senator Mike Duffy arrives at his home April 2, 2015 in Ottawa. (Dave Chan for The Globe and Mail)

The biggest witness at Mike Duffy’s fraud and bribery trial will also be one of the last.

Canadians have been waiting for nearly two years to hear more from Nigel Wright, the former chief of staff to the Prime Minister who dipped into his own pockets to give $90,000 to the embattled senator. They will have to be a bit more patient. 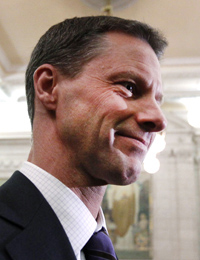 Mr. Wright wrote Mr. Duffy a $90,000 cheque to cover the cost of paying back his disputed expenses. Mr. Duffy faces charges of bribery in connection to this payment, though Mr. Wright was not charged. 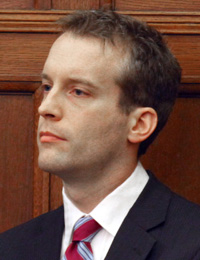 Principal secretary to the Prime Minister

Mr. Novak has worked for Stephen Harper since his days as opposition leader and has been central to the operation of his office. 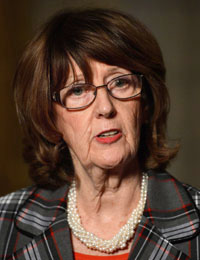 Government leader in the Senate

Mr. Duffy says Ms. Lebreton, the top Conservative in the Senate until July, 2013, was involved in the plan to have the Prime Minister’s Office or Conservative Party pay back his expenses. 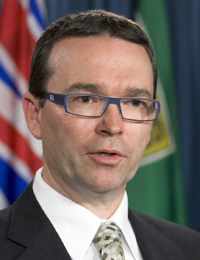 The Ontario MP told a local newspaper that the RCMP are interested in a fundraiser Mr. Duffy attended in his riding. Mr. Duffy was a sought-after speaker at many Conservative events, and the nature of the expenses he filed on those trips will be at issue in the trial. 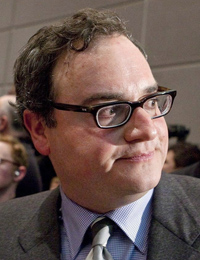 The commentator, formerly of Sun News, told the Canadian Press he wrote speeches for Mr. Duffy five or six years ago.


Mr. Duffy’s trial will start on April 7, but sources said Mr. Wright will likely be the Crown’s final witness, which could bring his testimony well into June. It could even be later if the trial gets bogged down and the scheduled 41 days are not enough to hear all of the evidence, sources said.

For now, the public has an image of Mr. Wright as a wealthy and sophisticated lawyer with a strong moral bent, who jogs half a marathon by the time most people wake up.

Mr. Duffy’s defence will be striving to present him in another light: A desperate political operative who tried to force a senator to repay his controversial expense claims for appearance’s sake, even if no rules were actually broken.

The Globe and Mail has spoken to people on both sides of the Duffy trial, none of whom were willing to go on-the-record ahead of the politically charged legal matter.

Still, a picture has emerged of what will be a long and complex trial, unfolding in four acts. There will be questions over expenses of all types, from big living allowances to details like a business trip during which Mr. Duffy visited his Mountie son in British Columbia; details on large contracts and subcontracts to a former newsroom colleague and a personal trainer; and an “unprecedented glimpse” into the Conservative government’s damage-control machine.

In addition, sources said, the defence could try to focus on the fact that some Conservative officials have provided “shifting” versions of events to the RCMP over the course of the investigation, which could make for negative headlines and hurt their credibility.

The Crown prosecutors will be Jason Neubauer and Mark Holmes, working off a case built by the RCMP division that specializes in “sensitive investigations.” Mr. Duffy will be defended by lawyer Donald Bayne, who has spent months poring over hundreds of previously undisclosed emails and Senate documents.

They will make their respective cases in front of Charles Vaillancourt, a 25-year veteran of the Ontario Court of Justice who will preside over the matter without a jury.

The Crown’s case against Mr. Duffy is not expected to hinge on a single expense claim or an individual consulting contract, but rather his overall handling of his Senate budget after his 2008 appointment by Prime Minister Stephen Harper. The trial will focus on four “investigational avenues,” as the RCMP called them when it laid 31 charges against Mr. Duffy last July:


The first two parts of the trial are expected to focus on the intricate, sometimes arcane, rules of Senate administration. The Crown and the defence will offer different takes on Mr. Duffy’s compliance with them, and the examination is expected to be thorough and technical.

For example, one of the issues that will likely pop up is Mr. Duffy’s trips out West, when he arranged to visit his son and his daughter. Mr. Duffy also travelled extensively across the country in bid to boost the fortunes of the Conservative Party, and received praise in response from MPs and senior Conservative officials, all the way up to Mr. Harper.

The Crown is expected to allege there was a pattern of deceit; Mr. Duffy is expected to reply he was travelling for business purposes, which was ill-defined at the time in Senate rules, and that he did what any father would do when he saw his children on his time off.

The trial will also delve into contracts that were awarded by Mr. Duffy’s office to one of his acquaintances, former newsroom technician Gerald Donohue, worth $65,000 between 2008 and 2012. Some of the work was subcontracted to other individuals, including a personal trainer named Mike Croskery, who worked on a plan championed by Mr. Duffy to get seniors physically active.

The pressing question will be whether Mr. Duffy used “part of the funds from those contracts for personal gain or for expenses which circumvent Senate oversight,” as alleged by the RCMP, or whether this was all for Senate business.

While last on the list, this issue is the one that has absorbed Canadian politics since the payment first became public in 2013.

There have already been questions about the judiciousness of Mr. Harper’s appointments to the Senate, including Mr. Duffy, Pamela Wallin (under RCMP investigation) and Patrick Brazeau (awaiting trial on fraud charges). However, the Duffy trial will put the microscope firmly on the Harper government’s management of controversial issues.

The witnesses on this issue could include other senators, but also members of the PMO who were involved in discussions on the repayment of the expenses with Mr. Wright. As he tried to navigate through a series of controversies involving Conservative senators in 2013, the chief of staff told a colleague they had “… to do this in a way that does not lead to the Chinese water torture of new facts in the public domain, that the PM does not want.”

There was no doubt Mr. Wright was angry to find out that Mr. Duffy sometimes got reimbursed by taxpayers for eating meals at his home in Ottawa, according to emails released as part of the RCMP’s investigation, but he did not seem entirely convinced that the rules actually prevented Mr. Duffy from doing so.

“The only plausible ways out of that are that (i) it was wrong and he has to be disciplined and/or repay, or (ii) there was ambiguity so it will be clarified and he will not claim the amount going forward,” Mr. Wright said in Feb. 2013.

While he was investigated in relation to the payment, Mr. Wright was not charged. The RCMP has said that it has compiled a full rationale for its decision, which was reviewed all the way up the chain of command of the national police force.

While it remains unclear if the rationale will be made public as part of the court proceeding, the RCMP has said it will eventually be released. A key issue in the RCMP’s analysis of the evidence, sources said, was the state of mind of both individuals at the time of the transaction: For a crime to occur, there has to be an illegal act, but also criminal intent.

When it announced the charges last July, the RCMP accused Mr. Duffy of having obtained the money from Mr. Wright “corruptly.”

THE DEFENCE AND THE POLITICS

A key part of Mr. Duffy’s legal defence – but also his public campaign to salvage his reputation – is that he was threatened and induced into a Conservative cover-up that was orchestrated by Mr. Wright.

On the issue of his expenses, Mr. Duffy has always denied any wrongdoing, and argued that he was following the rules, however vague or ambiguous, with the approval of the Senate hierarchy.

Mr. Wright’s testimony, but also his subsequent cross-examination by Mr. Bayne, will be carefully watched by the Conservatives as much as the opposition parties. Depending on what is said, it could have a strong impact on Canadian voters, many of who have been transfixed by Senate expense scandal.

“The evidence will show that Senator Duffy did not want to participate in Nigel Wright’s and the PMO’s repayment scenario, which they concocted for purely political purposes,” Mr. Bayne said last summer when his client was charged.

It is not known whether Mr. Duffy will testify in his own defence. He did stand up in the Senate in 2013 to reject the Conservative government’s accusations that he had offended “the dignity and integrity of the Senate.” Mr. Duffy’s words and theatrical performance that day lived up to his reputation as a gifted communicator with a wide following across the country.

“I can only conclude that this was a set-up planned by the Senate leadership, under the direction of the PMO, and designed to destroy my credibility with Canadians if and when I ever went public about the real story behind the $90,000,” Mr. Duffy said about his travails.

Mr. Duffy, who has a history of heart problems, made it clear that day he was appearing in the Red Chamber against his doctor’s orders. Now 69, he is reading and looking everything that is being said about him in the media, all the while refusing to speak out, this time on his lawyer’s orders.

Still, this trial is what he has been waiting for: A chance to clear his name, but also to fight back against the Harper government. Canadians will be able to express their views on the matter in the next federal election.

Meanwhile, Judge Vaillancourt will get to decide whether the expenses and contracts, as well as Mr. Duffy’s deal with the PMO, constituted a crime.