The failure on Sunday evening of efforts to form a coalition government seriously increases the chances that Greece will default, which in a way only makes things worse for Canada's Liberals.

It appears certain, now, that the developed world is in the middle of a dark decade, with neither the Americans nor the Europeans able to shake off the economic shocks of 2008 and 2009. It could be many years before we see a return to sustained robust growth. This is why the only question that matters for any politician anywhere is how to protect the economy. In Canada, Liberals are having trouble answering that question.

In Quebec, students are confronting the Liberal Charest government ostensibly over tuition, but really over who governs. The province appears to be once again bifurcating into a confrontation of sovereigntists and social democrats against federalists and centrists. (Genuine conservatives in Quebec are a very rare breed.) Only now it's the economy, rather than independence, that dominates the debate.

In Ontario, a minority Liberal government navigates uncertainly between the demands of creditors and opposition parties to the left and right as it struggles to balance its budget.

In British Columbia, Premier Christy Clark is openly musing about changing her party's name in what many see as a bid to co-opt the surging Conservative Party, even as the NDP under Adrian Dix is poised to reap the vote split.

The same thing is happening at the national level. NDP Leader Thomas Mulcair argues that Canada's burgeoning natural-resource sector should be constrained because it is pushing up the Canadian dollar and hurting manufacturing.

The Western premiers and the federal Conservatives are united in saying he's daft. But whether Mr. Mulcair is right or wrong, he and Prime Minister Stephen Harper are shaping the debate over where the country should go.

The Conservatives are happy to see the electorate polarized between themselves and the NDP. They know that in other polarized environments, Conservatives win more than lose. Republicans have held the White House for 36 of the past 60 years; Conservatives have been in 10 Downing Street for 37 of the past 60; the Liberal (really conservative) Party in Australia has governed for 38.

Even when the left does win, it does so by accepting conservative orthodoxy on economic issues, which is why Tony Blair was seen as the true heir to the Thatcher revolution.

The NDP also embraces an ideologically divided electorate, for it makes them the logical alternative to the Conservatives. But it leaves the Liberals in the lurch.

The party of the resolute centre hasn't had an important idea on the economy since Paul Martin eliminated the deficit. Neither Bob Rae nor Justin Trudeau, who are seen as the leading candidates for permanent leader (though Mr. Trudeau still insists he isn't one), are economy-first politicians. Mr. Rae's record as Ontario premier still haunts him, while Mr. Trudeau doesn't appear to be any more interested in economic issues, or better informed on them, than his father was.

There may be another Liberal contender who could run principally on his or her credentials as a sound economic manager, but so far that person remains hidden from view.

If the Greeks really are going into the ditch, with Italy and Spain possibly headed there as well, then economic worries will only grow over the coming years, as the West struggles to avert another recession. The Conservatives and the NDP are happy to fight each other over the best direction to take – the Conservatives because they know they are likely to win; the NDP because they finally get to join the fight.

But it's hard to know where the Liberals figure in all of this. 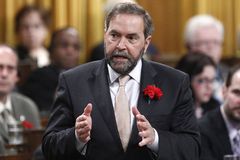 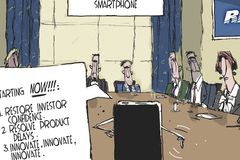 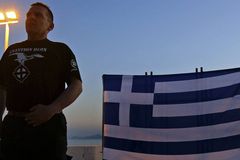 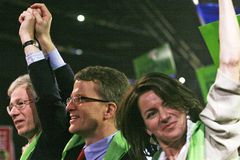 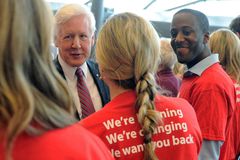 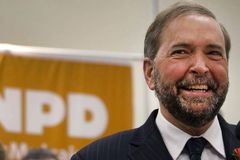 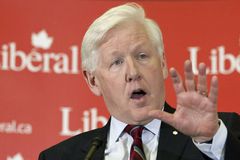 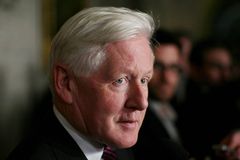