After a summer on the road, Justin Trudeau is refining his middle-class message and gearing up to fight Stephen Harper on pocketbook issues – an area of economic policy where the Liberals believe the Tories are weak and where Mr. Trudeau can shine.

The Liberal Leader and his team believe they started a debate last spring on the plight of an increasingly economically squeezed middle class – but it was derailed by the Senate expense scandal.

This week, the Liberals will begin to hone that message, according to insiders, and focus on issues like personal debt, savings, and youth unemployment, as they meet in Prince Edward Island for a three-day summer caucus retreat in advance of what promises to be a huge political season.

The Prime Minister announced earlier this month that he would prorogue Parliament and come back sometime in October with a Throne Speech. In addition, there are several by-elections to be held and a fiscal update in which the Tories will want to show they are still on course for a balanced budget.

With the guts of the Senate scandal already public, the Liberals want to return to advocating on behalf of middle-class Canadians.

"The economic recovery has left behind a lot of middle-class Canadian families" said Scott Brison, Liberal finance critic. "Young Canadians and their middle-class families are facing real challenges, near-record levels of personal debt, some of the worst job numbers in decades."

Mr. Brison said developing the ideas to address the problem "will be central" for the leader and his team.

A senior Liberal strategist said Mr. Trudeau started a debate on the future of the middle class that wasn't happening last year and they will try to keep it going by continuing to put the "building blocks in place."

Some Liberals believe Mr. Trudeau's focus on middle-class issues in the Commons over the spring was resonating with Canadians. His first questions as Leader were to hammer the government over tariffs on imports, such as tricycles, educational goods and kids' clothing. That, he argued, added up to a "wrong-headed tax" on the middle class.

MPs, meanwhile, are coming to the caucus retreat in good spirits given their view that Mr. Trudeau's summer tour was a success. For fun, they're putting on a singing competition – "Grit Idol." Even Mr. Trudeau's call for legalization of marijuana and admission that he smoked pot three years ago – an issue that could have hurt him – is being characterized as a refreshing new way of doing politics.

"He's open," said Liberal whip and Newfoundland and Labrador MP Judy Foote. "He could have been asked the question [and] he could have lied. But that's not who he is."

The pot-smoking admission goes to a secondary Trudeau Liberal theme – transparency, which will also be played up at this week's caucus.

In keeping with the theme, Mr. Trudeau has also stated that there will be open nominations across the country. No longer will sitting MPs be protected from challenges and Mr. Trudeau has given up his power to appoint candidates to usually safe Liberal ridings.

How open the nomination process really is may be in question, however, after former Ontario Liberal cabinet minister George Smitherman's curious endorsement of Chrystia Freeland, a former journalist, for the Liberal nomination in Toronto Centre – the seat vacated by former interim leader Bob Rae.

"I make no bones about it. I wanted to be that candidate [to replace Bob Rae]. But out of respect for my leader and his task of defeating Harper, I endorsed his strategy and today I am endorsing Chrystia Freeland," he wrote in the Huffington Post Monday. 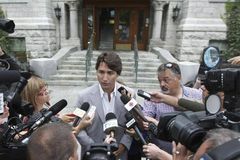 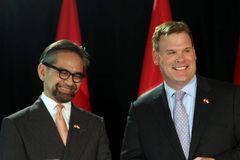 Opinion
The youth vote is key for today’s Trudeaus
August 26, 2013 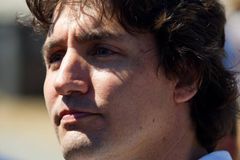 Trudeau stands up for Quebec minorities. Now where are the other federal leaders?
August 22, 2013 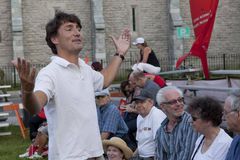 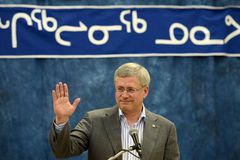 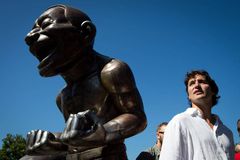