With voters' attention harder to capture than ever, the run-up to a campaign is an arms race between parties looking for new ways to break through. Adam Radwanski has begun a new assignment looking at how the Conservatives, New Democrats and Liberals are preparing on the ground across the country, and how they stack up. At the start of the federal election year, he previews some of the key story lines he will be following. 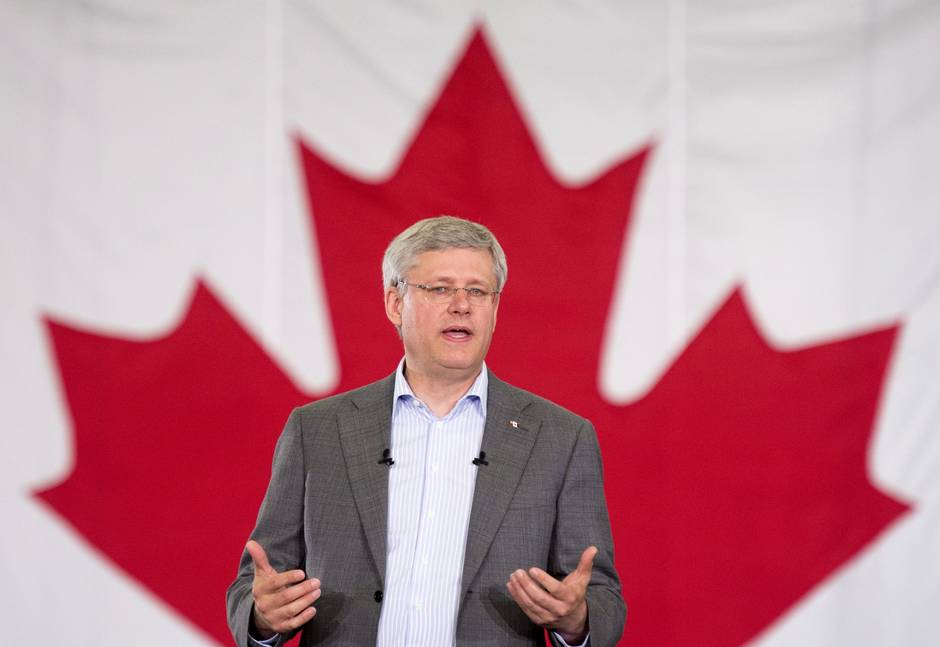 Conservatives: Have they kept their edge?

Even Liberals and New Democrats readily concede that, in the past couple of elections, Stephen Harper’s Conservatives were well ahead of them when it came to campaign organization and sophistication.

Mr. Harper’s party was quicker than the others to recognize that everything from changing media consumption habits to a decline in volunteerism had made it tougher to make contact with voters. More aggressive in collecting and analyzing data on the electorate, and more willing to experiment with new technologies and methods, they were better able to target potential supporters through both broad national messaging and local get-out-the-vote efforts. They were also the first party to figure out how to raise enough small personal donations to make up for the banning of corporate, union and large personal ones.

That sort of advantage is not easy to maintain. As parties spend an extended period in government, they can easily become set in their ways and less inclined to continue updating their campaign methods, while hungry opponents have ample incentive to try new things.

The Conservatives, who maintain a certain us-against-the-world mentality, are less prone to complacency than most incumbents approaching the decade mark. But there are still some causes for concern, from their perspective.

One of those is that, while the Liberals and NDP have been playing catch-up on voter data and experimenting with new methods of using it, the Conservatives spent about $8-million on the abandoned launch of a new database. In addition to the money, that wasted a lot of time between elections.

A more fundamental worry is that some of the strategies favoured by the Conservatives in 2008 and 2011 may offer diminishing returns. In response to the difficulty of finding enough skilled local campaign managers and volunteers, for instance, they largely centralized their voter contact efforts for target ridings. That involved a heavy reliance on reaching people by phone, which is increasingly difficult because of fewer home lines and the popularity of caller ID.

As they try to adjust to these and other challenges, they will be doing so without some of the most innovative members of their previous campaign teams – among them former campaign director Doug Finley, who died in 2013, and Patrick Muttart, the brains behind much of the Conservatives’ message targeting, who no longer has a role.

While current campaign director Jenni Byrne and others around her are recognized as sharp and disciplined managers, it’s unclear if they are as inclined as their predecessors to experiment with different strategies and tactics.

None of this is to say the Conservatives are about to lag behind the other parties on organization, since they built up advantages that would take longer than one election cycle to erode. Superior information-gathering during past campaigns and between them means they still have much more voter data than the Liberals and NDP. And although the Liberals have started catching up to them, their long-standing fundraising advantage has left them with by far the biggest war chest – particularly helpful in the months before the writ is dropped, when the others will have greater need to save up.

It is no longer a given, though, that they will be playing in another league when it comes to campaign readiness. 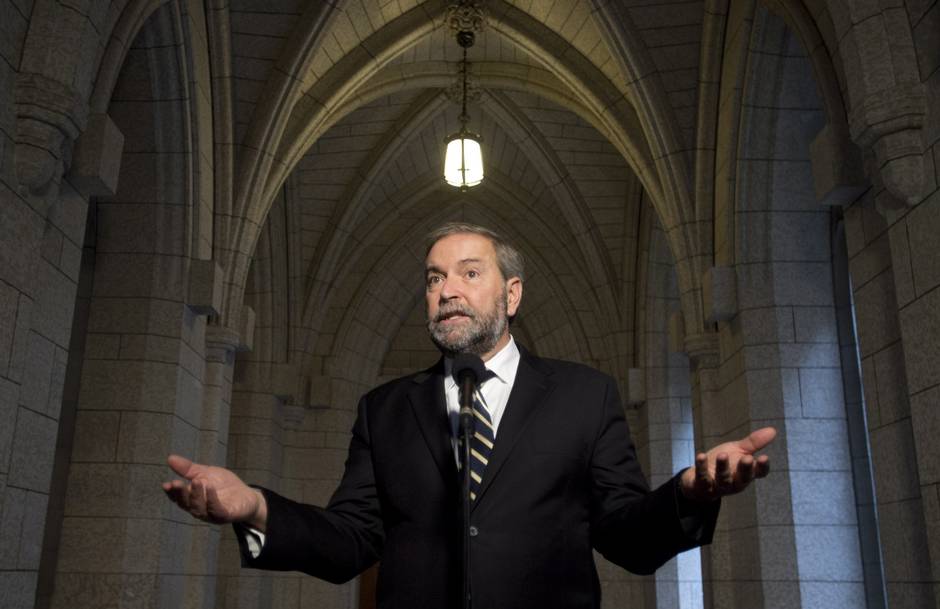 New Democrats: Will the professionalization pay off?

It has not been a charmed existence for New Democrats since their stunning electoral breakthrough in 2011.

The leader whose popularity vaulted them to Official Opposition status died a few months after election day. The Liberals, who the NDP seemed to have finally supplanted as the country’s pre-eminent centre-left party, were suddenly reinvigorated by a new leader of their own. A succession of caucus members has left the fold, voluntarily or otherwise. Their provincial cousins lost power in Nova Scotia, botched a chance to win in British Columbia, spun their wheels in Ontario and are in the midst of a civil war in Manitoba.

Amid all that cause for discouragement, it has been easy to overlook that the NDP has been doing some of the hard work needed to help it build off its 2011 gains, or at least avoid losing too much ground.

While Jack Layton did much to make the NDP less of a protest party and more willing to do the things necessary to compete for power, even New Democrats readily concede that culture change was a work in progress when they made their surge. And having ridden a highly unusual wave of support in which candidates who barely even knew they were running for office wound up getting elected, the NDP knows that it will need to be better prepared to capture every available vote in the coming campaign.

A key part of that preparation has meant putting down stronger roots in Quebec, where the NDP made most of its gains last campaign despite having what could generously be described as limited organization there. Rookie MPs who coasted to office last time have belatedly been put through candidate school, with by-elections and “days of action” used for practice. At least some of those MPs have also taken to the task of raising their local profile between campaigns, and established active riding associations so there might actually be some volunteers on the ground.

Increasing volunteerism has been a focus outside Quebec as well, with the NDP drawing lessons on grassroots mobilization from Jeremy Bird, the director of field operations for Barack Obama’s last presidential campaign. And Mr. Bird has also been working with New Democrats to improve their fundraising techniques, particularly online.

If the NDP has drawn lessons from fellow travellers south of the border, it has also clearly learned from the governing party north of it. The Broadbent Institute, an activist think tank with close party ties, has been established to advocate, conduct research and train activists on the left much like the Manning Centre on the right. Like the Conservatives, New Democrats have started making copious use of “10 per centers,” the parliamentary mailings sent by their MPs to ridings held by their opponents. And naturally, they have become much more aggressive in their attempts to gather voter data that can be used to target potential supporters.

Tom Mulcair’s party is still struggling to match the Conservatives and even the Liberals on some key fronts. Despite bringing in much bigger totals than previously, the NDP continues to run third in fundraising; it has also been the slowest of the three to nominate candidates.

But the NDP is undoubtedly more organized than it was in 2011. Just how much more could make the difference in the close battles it didn’t have to worry about last time. 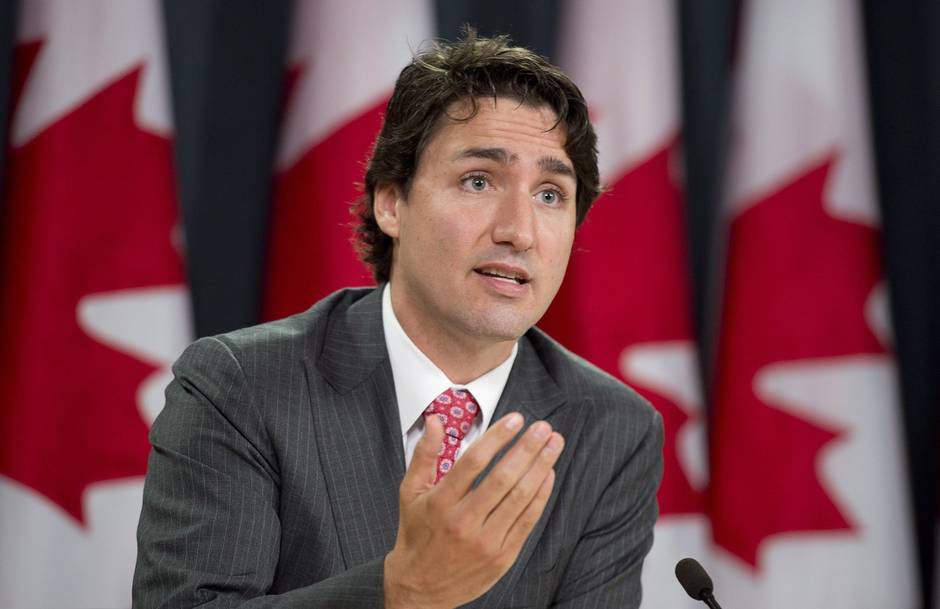 Liberals: How successfully have they leveraged Justin Trudeau?

Coming out of the last election, the once-mighty Liberal Party of Canada was all but an empty shell.

It wasn’t just that the Liberals had been reduced to a paltry 34 seats, nor was it solely the fault of then-leader Michael Ignatieff. As Liberals easily won elections against weak and divided opponents, turned on each other and lost power, then thought they could be readily returned to it, they neglected their own infrastructure. By 2011, they lacked a sophisticated voter-contact strategy, a modern fundraising apparatus and a solid and motivated activist base.

Quicker than most anyone expected, the Liberals are now competitive again in terms of national popular support, with polls showing them neck-and-neck with the Conservatives and well ahead of the NDP. So they have been working feverishly to build a national organization that can support their chances of winning government, rather than collapse around them when the campaign starts.

In that effort, they have had two big things going for them. The first is that, whether or not his popularity holds up when voters take a closer look, Justin Trudeau has generated enough excitement to bring in new waves of volunteers, fundraising dollars and high-profile candidates. The second is that there’s little institutional resistance, on account of not much remaining institution. So as they try to leverage Mr. Trudeau’s popularity for the organizational rebuild, the team of people around him has been liberated to drag their party into the 21st century.

That has led, in part, to simply doing the things other parties were doing already. The Liberals scarcely used e-mail to solicit donations leading up to the last election; their fundraising is now primarily online. Training of candidates, campaign managers and volunteers has been stepped up. Available data is being used to prioritize target ridings and voters within them, rather than just hoping that winning the air war through broader messaging will be enough.

It has also involved a high degree of experimentation. The Liberals have used by-elections, and to a limited extent the Ontario provincial election, to try out new analytics models. They have sent two versions of most fundraising and other communications, to test what works best. They have taken tentative steps toward empowering local organizers, rather than trying to run everything centrally.

All the while, the Liberals have been aggressively building up their lists of potential supporters. Allowing anyone who registered for a free “supporter class” to vote in the leadership that chose Mr. Trudeau brought in lots of new names, and the same goes for contested local nominations. Like the other parties, the Liberals have been heavily using online petitions to get contact information; a recent overhaul of their website was largely geared toward collecting data on who visits it.

If the Liberals’ recent boasts are to be believed, these efforts are paying off. This fall, Mr. Trudeau claimed his party had surpassed 300,000 members. And the Liberals say they raised more than $5-million in the fourth quarter of 2014 alone, which is not far from the amount they raised in the entire calendar year preceding the last campaign.

Still, party insiders acknowledge they continue to lag behind the Conservatives on many of the most important fronts, data and money among them. And so the frantic catch-up job continues.