The chief of a Northern Ontario reserve that garnered international media attention last year for its deplorable living conditions says she is giving up food until the Prime Minister and the Queen agree to discuss treaty rights at a meeting with first nations.

The hunger strike announced by Chief Theresa Spence of Attawapiskat was just one of a number of actions taken Monday by first nations members who say they are tired of watching from the sidelines as the federal Conservative government enacts laws that affect their lands and people.

"The reason why I am doing this is to tell the Prime Minister and the Crown to sit down at the table with the [first nations] leadership, because the treaty's been violated [for] so many years and it's time for the Prime Minister to honour it and respect our leaders," Ms. Spence told reporters at a news conference outside the Parliament buildings.

Prime Minister Stephen Harper is "making legislation and bills and laws that are impacting our future" without consultation, Ms. Spence said. "He has no right to make plans for our future."

Ms. Spence will be staying in a cabin on Victoria Island in the Ottawa River while she goes without food. "I am willing to die for my people because the pain is too much and it's time for the government to realize what it's doing to us," she said. "I am not afraid to die. If that's the journey for me to go, then I will go and I am looking forward to it."

A spokeswoman for Mr. Harper said the government has respected its duty to consult with first nations. Every year, she said, there are more than 5,000 such consultations and, since 2010, the Minister of Aboriginal Affairs has personally visited 50 first nations communities.

But native activists have formed a group called Idle No More to protest what they say is the unilateral action by Ottawa. On Monday, they held rallies at seven places across the country, including the Calgary constituency office of Mr. Harper.

They are angry with a number of bills currently before Parliament. One would require first nations to publicly disclose their financial statements and the remuneration paid to chiefs and councillors. Another would set standards for drinking water on reserves without providing funding to upgrade water systems. Another would change property rights on reserves.

And they are particularly upset about a massive budget implementation bill that would weaken environmental oversight and amend the Indian Act in ways they say will make it easier for first nations to surrender their land.

"Today we've seen action across the country for change by our peoples, for our peoples, showing that first nations are here to stay, and will not stay idle in the face of unilateral approaches by other governments," Shawn Atleo, the National Chief of the Assembly of First Nations, said in a statement.

A number of chiefs tried to get onto the floor of the House of Commons last week to talk to politicians about their grievances, but were rebuffed by security guards.

Ms. Spence has the support of all of the chiefs, said Cliff Summers, a member of the Oneida Nation of the Thames who was at the Parliament Hill news conference. "There was a decision by a lot of the grassroots people that we have to make a stand and we have to take action," Mr. Summers said. "Inaction is what's killing out people." 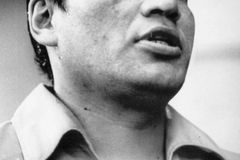 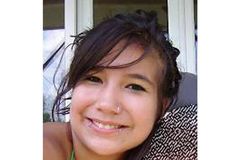 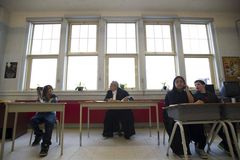