The chairman of a United Nations panel has defended his group against Canada's accusations of "bureaucratic mission creep" in the aftermath of a UN report saying Ottawa failed to meet its legal obligations to prevent torture.

The report, published June 1, accused Canada of "complicity" in the torture of men swept up in arrests after the terror attacks of Sept. 11, 2001. The UN panel also criticized Canada's handling of detainees in Afghanistan, urging Ottawa to adopt new policies for future military operations that would prevent the transfer of prisoners into the hands of torturers.

Claudio Grossman, a legal scholar who heads the UN Committee Against Torture, said he rejects Ottawa's position that human-rights treaties generate too much paperwork and should not apply to the broad range of issues reviewed by the committee in Geneva.

"There is an element of truth in the complaint that the structure of the United Nations has created a proliferation of committees," Mr. Grossman said in an interview. "But it's not such a burden to comply, and we need to treat everybody in the same way."

Canada's delegation had asked the committee to consider Ottawa's "generous" donations to the United Nations and Canada's "exemplary record of promoting and protecting freedom." In its final report, however, the UN panel listed more than 20 reforms that Canada must enact to comply with the Convention Against Torture signed by the federal government in 1985.

Canada should not rely on "diplomatic assurances and monitoring arrangements" with its allies to reduce the risk of torture in foreign jails, Mr. Grossman said.

"You cannot modify the risk by saying, 'Well, we will visit you once per week in prison'," he said.

Mr. Grossman, who also serves as dean of American University's Washington College of Law, declined to say whether he feels Canada's commitment to the Convention Against Torture has grown weaker in recent years.

"I was in the room, and I found the tone and tenor quite surprising," said Alex Neve, secretary-general of Amnesty International Canada. "That's not common from a Western country."

A spokesman for Canada's Department of Foreign Affairs declined to comment.

Buried in the diplomatic language of the panel's documents were signs of frosty relations between Ottawa and the committee: The UN panel expressed "regret" that Canada submitted its answers three years late, while Ottawa complained about the "backlog of reports before this committee and other human rights treaty bodies."

The UN panel cannot take action against countries that fail to comply with the treaty other than to follow up with requests for further information and public statements. The committee has asked Canada to report back before June, 2013, about progress on several fronts, including strengthening legal safeguards for detainees and prosecuting suspected perpetrators of torture.

Ezat Mossallanejad, a policy analyst with the Canadian Centre for Victims of Torture, said some Canadians may bridle at the notion of UN experts making policy recommendations, but that ultimately it strengthens the international system.

"Canada should welcome UN oversight because it's extremely important that we subject ourselves to the same checks that apply elsewhere," Mr. Mossallanejad said.

Ottawa shows little patience for such external scrutiny, the human rights campaigners said, an attitude that has dampened hopes for significant changes before the next UN panel deadline.

"In some cases the government has quite defiantly said it won't comply," Mr. Neve said. 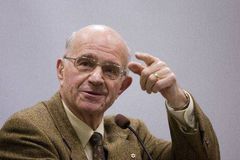 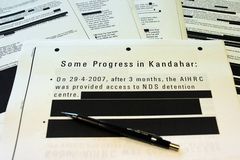 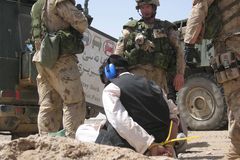