The Senate expenses scandal could bring a fresh round of bad news for the federal government this week, with Tuesday's release of an independent audit into expenses claimed by Senator Pamela Wallin.

After a steering group reviews the audit and receives a briefing from Deloitte, the audit goes to the full Senate committee at 5:30 p.m. Monday for its review and recommendations. Ms. Wallin will also receive a copy of the audit on Monday. The audit and committee report will be tabled with the clerk of the Senate and made public on Tuesday. Because of a motion passed in the Senate two months ago, the committee can proceed with its work – including demanding additional sums from Ms. Wallin – even if the Senate isn't called back prematurely from its summer recess.

Ms. Wallin has repaid at least $38,000 since the audit by Deloitte began, and sources told The Globe in June she could be asked to repay an additional $20,000 for excessive travel claims. Further revelations could come after Deloitte asked for more time to broaden its review. After initially considering 18 months of the former broadcaster's travel claims, the audit now looks at her entire term as a senator since January, 2009, plus questions related to the location of her primary and secondary residences for part of her term.

Liberal Senator George Furey said Sunday he "had no idea" what to expect. "I won't know that until tomorrow," he said.

Mr. Furey is one of three members of the steering group of the Senate's internal economy committee who will get the first look at the audit Monday at 9 a.m.

Ms. Wallin, an appointee of Prime Minister Stephen Harper whose official residence is in Wadena, Sask., admitted in a televised interview in June that she "made mistakes" in her paperwork regarding claims for flights that were not Senate related. Records show that she spent more than $375,000 between September, 2010, and February, 2013, in travel expenses, most categorized as "other travel," or trips not directly between Ottawa and Saskatchewan. She spent an additional $40,000 on travel in the three months ending May 31.

"We're going to make the full report available … so people can assess our conclusions based on what they actually read themselves," Senator Gerald Comeau, chair of the steering committee, said recently. Questions about the residency of two other senators, former Liberal Mac Harb and former Conservative Patrick Brazeau, have led to requests they repay a combined $280,000 in expenses, while former Conservative Mike Duffy repaid more than $90,000 after receiving a personal cheque from Mr. Harper's then-chief of staff, Nigel Wright. Claims from all three are now the subject of a police investigation.

In an interview aired Saturday on CBC Radio, Mr. Comeau said the Wallin audit will not be whitewashed. An earlier report on Mr. Duffy's expense claims was altered to make it less critical of his actions than those of Mr. Brazeau and Mr. Harb. It "will be issued as is," he said. "We can't monkey around with that report."

The impending audit release places further pressure on the government to present "some type of a path forward to put this issue behind" it, Nik Nanos, president of polling firm Nanos Research, said. "The Senate controversy really is unfinished business … There's no real sense of what the Conservatives will do to make sure this doesn't happen again." Recent polls show 19 out of 20 Canadians think the Senate should either be abolished or its rules significantly changed, and that support for the Tories has slipped. Saskatchewan Premier Brad Wall recently called for the abolition of the Senate. Many hardcore Tories have done the same.

Mr. Harper has responded by dropping the cabinet post of government leader in the Senate, and the government will ask the Supreme Court this fall to rule on how much leeway Parliament has to make changes to the Senate without attempting to renegotiate the Constitution with the provinces. "The Prime Minister has said since 2006 that the Senate as present is not acceptable … [and] must either be reformed, or … abolished," Pierre Poilievre, Minister of State for Democratic Reform, said last month.

With reports from Kim Mackrael 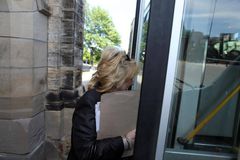 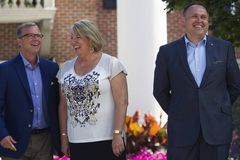