Conservative Senator Pamela Wallin is acknowledging her expenses are being reviewed by an outside auditing firm, raising to four the number of senators who are having their expenses reviewed by Deloitte.

Ms. Wallin confirmed her interaction with the Deloitte auditing firm just hours after the lead Conservative senator responsible for reviewing spending by senators denied Ms. Wallin's expenses had been referred to an outside audit.

On Tuesday evening, CTV reported that Ms. Wallin is being audited over expenses.

The report said the focus of the audit is Ms. Wallin's travel expenses.

The Saskatchewan senator is quoted as telling CTV: "I certainly did willingly meet with a representative from Deloitte to review travel expenses and I answered all questions and have provided all the necessary information regarding claims."

Questions have been raised as to whether Ms. Wallin qualifies as a Saskatchewan resident. Ms. Wallin's situation is different from the other three senators in that she has not claimed a special expense available to senators with a residence in the National Capital Region whose main home is more than 100 kilometres away.

However, Senate travel rules are meant to cover the cost of travel between Ottawa and a senator's home province. Ms. Wallin says Saskatchewan is her home, but acknowledges that she also has a condo in Toronto.

In an interview with The Globe and Mail around 6 p.m. Tuesday, just hours before the CTV report, Conservative Senator David Tkachuk denied Ms. Wallin's expenses had been referred to external auditors.

Mr. Tkachuk is the chair of the Senate committee on internal economy, budgets and administration. That is the committee that is currently reviewing all senator expenses. The committee announced last week that it was referring the expenses of three senators: Patrick Brazeau, Mike Duffy and Mac Harb to Deloitte for an external review.

"Well, it's no to everybody except those three. We haven't referred anybody," said Mr. Tkachuk, when asked whether the expenses of Ms. Wallin or any other senators had been referred to external auditors.

Then when asked again whether Ms. Wallin's expenses have been referred to outside auditors, Mr. Tkachuk repeated the statement.

"Nobody has. The reason I said no is not because it's her, but nobody has except those three," he said, in reference to Mr. Brazeau, Mr. Duffy and Mr. Harb.

Mr. Tkachuk did not respond to a request for comment from The Globe regarding Ms. Wallin's statement to CTV. Ms. Wallin could not be reached for comment late Tuesday evening.

In  provided to The Globe and Mail prior to the CTV story, Ms. Wallin writes that, "My heart is in Wadena, Saskatchewan, and so is my home. Wadena is where I reside in my home province."

"It's the place where I worked for many of my years on national television before going to New York as the Canadian Consul General after 9/11. As my friends say, I actually live on airplanes," she writes.

A Globe reporter requested an interview with Ms. Wallin through her office Tuesday as well as her answers to the Senate's stated criteria for residence. Her office responded with a statement late Tuesday afternoon that the senator has provided all requested documentation to the Senate.

Editor's Note: An earlier version of this story, which has been corrected, provided incorrect dates for the Globe's interview request and for the response from Ms. Wallin's office 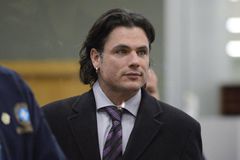 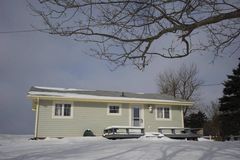 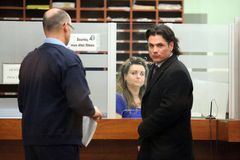