Foreign Affairs Minister John Baird says he raised the case of a Canadian journalist on trial in Egypt when he met with his counterpart in Cairo this week, noting concerns about Mohamed Fahmy's medical needs and the importance of a fair and timely trial.

Mr. Baird said he discussed the matter with Egypt's Foreign Minister on Thursday and met with Mr. Fahmy's family on Friday morning. Mr. Fahmy, the Cairo bureau chief for the Al Jazeera English television network, was detained in late December on allegations that he and other journalists conspired with the Muslim Brotherhood and threatened Egypt's national security.

"Obviously we're concerned first and foremost for his health, about him getting medical treatment for his shoulder," Mr. Baird said in a phone interview with The Globe and Mail on Friday. Mr. Fahmy injured his shoulder shortly before his arrest and was not allowed to visit a hospital for an MRI until several months after his arrest.

His brother, Sherif Fahmy, told The Globe earlier this week that the family had hoped Mr. Baird would use this week's visit to intervene on the case. Mohamed Fahmy immigrated to Canada with his family from Egypt about 20 years ago and is a dual citizen.

Mr. Fahmy is being tried along with 19 others, including two of his Al Jazeera colleagues, Australian reporter Peter Greste and Egyptian producer Baher Mohamed. Their trial was adjourned for the fourth time in late March and is expected to resume April 22.

During the most recent hearing, the prosecutor showed video footage from a BBC documentary and an animal hospital, taken from Mr. Greste's hard drive, and suggested it was evidence that Al Jazeera had falsified news and threatened Egypt's security. The judge said the videos, which were recorded before Mr. Greste began working for Al Jazeera, contained nothing to support the case against the journalists.

Mr. Baird said he had earlier discussed the matter with Egypt's Foreign Minister in January and added that senior representatives from the Canadian embassy have been attending Mr. Fahmy's court proceedings. However, he said Egypt has to follow its own judicial process and cannot simply demand Mr. Fahmy's release based on another government's request.

"What we want is for him to have a fair process and for it to be done expeditiously," he said.

Mr. Baird said dual citizenship can be a complicating factor in some consular cases, but added that Mr. Fahmy's citizenship has not prevented Canadian officials from providing assistance to him and his family.

Mr. Baird said he also discussed how Canada can support Egypt during the country's upcoming elections, including the possibility of sending election observers from Canada. And he added that he was encouraged by improvements in the situation for Coptic Christians in Egypt.

"We are really keen to support peace, security, prosperity and freedom for the Egyptian people," he said. "Obviously the last three or four years have been really challenging, and democracy will be something that will need to grow here, it won't be something that you can just flick a switch."

Mr. Baird also visited the Multinational Force and Observers' north camp in the Sinai peninsula on Friday and took a helicopter tour of the nearby border. He said the peacekeeping force, which includes 30 Canadian Forces troops, plays an important role in contributing to security and stability in the region.

Opinion
This Canadian has been jailed in Egypt for 100 days. The Prime Minister needs to act
April 7, 2014 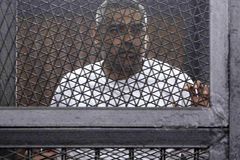 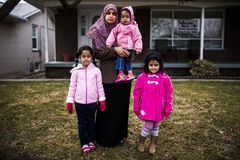