Canada is urging its western allies to set a tough bottom line in nuclear talks with Iran, warning that anything less could spark a Mideast race for the bomb.

Foreign Affairs Minister John Baird said the critical test is that Iran must agree to give up all but a small number – perhaps 200 – of its 20,000 centrifuges, which can be used to enrich nuclear fuel.

That would be stricter than what the United States expects to get from a deal, according to experts, so Mr. Baird is, in effect, arguing for tough conditions that would hobble Iran's capacity to enrich uranium.

Talks between Iran and the P5-plus-one – the U.S., Russia, China, Britain, France and Germany – resumed in Vienna on Monday. They're aimed at replacing an interim deal to freeze Iran's nuclear program by a July 20 deadline.

"It all really comes down to one thing: Is the government of Iran prepared to destroy their centrifuge program?" Mr. Baird told The Globe and Mail.

Mr. Baird's tough line on a nuclear deal comes just after he penned an article blasting the record of Iranian President Hassan Rouhani in his first year in office. But it also comes as the U.S. is thawing relations with Iran, because both countries are alarmed at the rise of an extremist insurgency in Iraq – and is now engaging in direct talks with Iran on the crisis.

"They've got 20,000 centrifuges," Mr. Baird said. "They could keep a few dozen, a couple of hundred, 200. You could use that for medical purposes, or research. But the key focus of a June or July agreement has got to come to that. That's the test."

It is a tough test. The U.S., and others in the P5-plus-one, are hoping to cut Iran's centrifuge inventory down to a few thousand, according to those following the talks. Now Mr. Baird is setting the bar higher.

Some argue it's too high. Iran would probably agree to cut its centrifuge inventory in return for U.S. concessions, but not to a few hundred, said Trita Parsi, president of the Washington-based National Iranian American Council and author of a book on U.S. President Barack Obama's nuclear diplomacy, A Single Roll of the Dice.

Mr. Baird might be trying to increase pressure on Iran, but he could undermine the U.S. efforts to reach a deal, by promoting a specific bottom line that's hard to meet, Mr. Parsi said.

It's not the first time the Conservative government has called for a tough line . When the P5-plus-one reached an interim deal with Iran last November, Canada expressed a skepticism matched only by Israel.

Now, Mr. Baird says he doesn't see the need to extend that interim deal, because Iran can decide whether it's willing to make the critical concession.

And he is pressing the U.S. and other Canadian allies inside the P5-plus-one to insist on tough conditions in any permanent deal.

He said if Iran retains 20,000 centrifuges, it will retain the ability to quickly make a nuclear weapon – leaving neighbours nervous enough to try to match that capability.

"If the government of Iran maintains the capacity to sprint to weaponize their nuclear program, what you are going to see is a proliferation of other governments wanting to do the same thing," Mr. Baird said.

"There's two countries who I could see doing it immediately, a third when it gets back on its economic feet. And others will think about it."

Mr. Baird did not name those countries. But there has been debate in foreign-policy circles about whether Saudi Arabia, Turkey and Egypt might fear a nuclear-armed Iran so much they, too, would seek to go nuclear.

Whether those countries would obtain nuclear weapons is unclear. Turkey is a NATO country already protected by the U.S. nuclear deterrent. Saudi Arabia, according to experts, doesn't have the technology and would have to try to use its oil wealth to buy it from a country such as Pakistan. Egypt has been gripped by economic malaise.

Mr. Baird argued that an Iran that doesn't yet have nuclear weapons, but is close, could trigger an arms race.

Obama rules out joint Iranian counterattack as militants advance on Baghdad
May 12, 2018 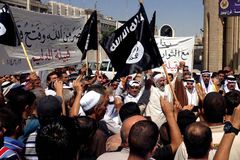 With clock ticking, Obama scrambles to secure nuclear deal with Iran
May 12, 2018 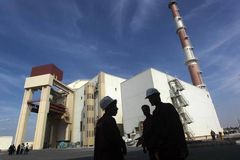 Shah’s son seeks support for people’s revolution against Iran
May 12, 2018 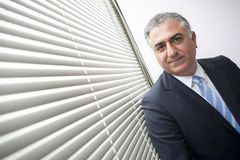