When Foreign Minister John Baird crossed the Green Line this week to meet with Israeli Justice Minister Tzipi Livni in the mostly Arab sector of east Jerusalem, he broke with 46 years of Canadian government and Western policy. But was it by accident or design?

To hear the minister tell it, he was just having a cup of coffee.

Speaking in London where he is attending a meeting of G8 foreign ministers, Mr. Baird told reporters the purpose of his visit to Israel and the Palestinian territories had been to encourage the two parties to re-engage in the peace process.

"We're strongly supportive of both," he said, "and where I had coffee with Tzipi Livni is, I think, irrelevant to that and it doesn't signal a change in Canadian foreign policy."

But international reaction was something else.

"Either he's ignorant of east Jerusalem being occupied territory, which is unforgivable in a foreign minister," said Hanan Ashrawi, spokeswoman for the Palestine Liberation Organization that rules the West Bank, "or it's a deliberate attempt to change the international consensus."

In either case, Ms. Ashrawi said, it sets "a very dangerous precedent."

Rick Roth, a spokesman for Mr. Baird, insisted that the meeting in east Jerusalem "doesn't change our long-standing position that all final-status issues [such as Jerusalem] must be negotiated between the two parties."

The spokesman for Israeli Prime Minister Benjamin Netanyahu agrees. "The final-status issues must be negotiated between the parties," said Mark Regev, and the tête-à-tête meeting in east Jerusalem "doesn't change that."

The controversial coffee meeting was conducted in such a low-key manner that the Israeli Prime Minister's Office was unaware of it taking place until reading about it in an Israeli newspaper Thursday morning.

Whether Mr. Baird simply stumbled or charged into the "china shop," his meeting in east Jerusalem has definitely shaken Canada's carefully constructed policy.

"Since 1967, when Israel occupied the eastern parts of the city, it's been our policy that Canadian officials not meet with Israeli officials in east Jerusalem," said Michael Bell, a former Canadian ambassador to Israel and the Palestinian territories, as well as to Egypt and Jordan.

"Our policy was part of a Western consensus," he said. "The idea behind it was that such meetings would amount to de facto recognition of Israel's claim to sovereignty over the area."

Indeed, under the Status of Jerusalem section of the statement of policy on the Department of Foreign Affairs and International Trade's website, it is clearly stated that "Canada does not recognize Israel's unilateral annexation of East Jerusalem."

"Like it or not, it [the Baird meeting] is a change in policy," said Mr. Bell, who wrote the book on Canada's approach to Jerusalem. It was Mr. Bell, now retired, who accompanied former opposition leader Robert Stanfield on a fact-finding mission to the Middle East in 1979-80. The official venture was launched after the newly elected prime minister Joe Clark had caused a storm of controversy by vowing to move the Canadian embassy in Israel to Jerusalem from Tel Aviv.

As a result of the Stanfield mission, Mr. Clark shelved the plan to move the embassy.

Nabil Shaath, a former foreign minister for the Palestinian Authority with a history of good relations with Canada, said even a seemingly small thing such as the Livni meeting in east Jerusalem can do damage.

"It is a slap in the face to the Palestinian people," he said, and it "undermines efforts by U.S. Secretary of State John Kerry to restart negotiations."

Mr. Kerry has been shuttling between the parties over the past few weeks, reportedly intent on resurrecting the Arab Peace Initiative of 2002. That plan called for all Arab states to recognize Israel's existence and end the Arab-Israeli conflict, provided Israel returns to its pre-1967 borders, including the borders in Jerusalem.

The Israeli Prime Minister's spokesman, Mr. Regev, played down the suggestion that the Baird meeting could put the initiative in jeopardy.

"Israel appreciates Canada's moral stand on a range of issues," he said. "And we appreciate Canada's friendship." 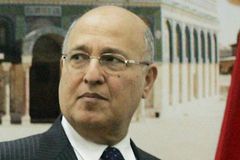 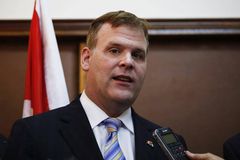 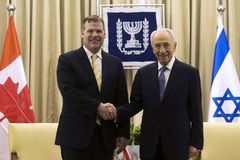 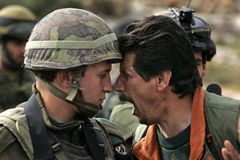