During the more than four years that Jeffrey Delisle sold military intelligence to Russia, the 41-year-old naval officer's relationship with his wife fell apart, prompting her to declare bankruptcy and leaving him the primary caregiver for three of their four children.

Sub-Lieutenant Delisle pleaded guilty on Wednesday to communicating with a foreign entity and breach of trust in a case that could do lasting damage to Canada's relationship with key intelligence allies. Between 2007 and 2012, he was paid about $3,000 per month to copy information from military intelligence databases and hand it to Russia.

In a telephone interview with The Globe and Mail, SLt. Delisle's ex-wife described another side to the man at the centre of Canada's spy scandal: a caring father and controlling husband who was determined to maintain custody of their children in the years after the couple separated.

Despite his added income, SLt. Delisle's family remained financially constrained after he began the espionage, Jennifer Lee Delisle said. "We had four kids, a mortgage, and were struggling, I thought, to make ends meet."

Ms. Delisle said that, in 2007, the 10-year marriage was disintegrating, and SLt. Delisle had stopped paying her credit card bills. She said she was a stay-at-home mom in Ottawa with no independent income and, as the debt racked up, she lost access to their joint bank account. That means she would have been unaware of any unusual deposits her then-husband might have made, she said.

She filed for bankruptcy in October 2007, at SLt. Delisle's encouragement, she said, believing she was protecting him from repercussions at work.

"He said we couldn't afford to keep going with the bills, and that it made more sense for me to declare bankruptcy on the things that were in my name as opposed to his name because it would affect his job, and he had a credit card for work, and it would affect that," she said. "So I declared it in my name to help preserve his."

The couple separated in the spring of 2008, and SLt. Delisle assumed their remaining credit card debt and a consolidated loan, according to court documents.

Ms. Delisle moved out of the house, but the former couple fought disagreed about who should care for their children, she said. SLt. Delisle moved to Kingston, Ont., with three of the children, and their eldest daughter stayed in Ottawa. Eventually, Ms. Delisle said she decided to drop the battle for custody of the other children. "I told myself as long as they were safe and loved, maybe they were better where they were," she said.

The couple divorced in 2010, around the time SLt. Delisle was transferred to Nova Scotia.

Ms. Delisle described her ex-husband as a straight-laced man who didn't smoke or drink and tended to see the world in black and white. He was goal-oriented and worked hard, she said, adding, "He kind of knew what he wanted in life."

The slender 38-year-old re-married and had another child. She was living with her family in an apartment in the gritty east Ottawa neighbourhood of Blackburn Hamlet when SLt. Delisle was arrested last winter. After the arrest, they moved to a house nearby to make room for her sons from her first marriage, who are 9 and 12. Her second-eldest daughter, now 18, decided to stay in Halifax to finish her last year of high school.

Ms. Delisle said she's careful of what she says about SLt. Delisle and avoids reading or listening to the news because she does not want her younger children to see their father portrayed in a negative light. But her voice wavers with emotion when she speaks about the fight over custody and her anger that they were living with their father while he was spying for Russia.

Court records released this week indicate that the Russians used photos of SLt. Delisle and his children to threaten him after he began spying.

"He already knew something like that would be dangerous. I just don't know why he would partake in that with the children so close," Ms. Delisle said. "I don't understand where his thought pattern was."

SLt. Delisle is at the Central Nova Scotia Correctional Facility in Halifax and is expected to be sentenced in early 2013.

– With a report from Tamara Baluja 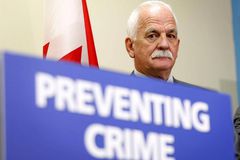