Bev Oda is suffering a thousand cuts, but few people who have worked with her would have guessed that sketchy paperwork would be the main cause. The other big chunk of the controversy she faces, her muddled public statements, is more what they would have predicted.

As a cabinet minister, Ms. Oda is a stickler for details and a painstaking reader of files, so much so that they pile up on her desk. But as a politician, difficulty communicating a clear message has, in Ottawa's Tory circles, always been viewed as her weakness.

That perceived weakness also helps explain some of the allegations in the case of the "not" scribbled on a recommendation from CIDA that she approve funding for an aid group. Some speculate that she approved it, but was overruled by Stephen Harper's PMO. Ms. Oda, as Minister of International Co-operation, was never on a long leash.

"Everything that happens at CIDA is an order from the PMO," one former staffer said.

All of those ingredients have worked together to make Ms. Oda's time as Canada's Development Minister a long, grinding march toward a new set of policies and priorities for Canadian aid. And they have become elements in the "not" controversy.

The CIDA recommendation on aid to Kairos, the church-backed aid charity, sat on her desk for two months before a decision was made in the last week before the charity's old grant ran out. When colleague Jason Kenney said Kairos lost funding because of its views on Israel, she called it a routine CIDA decision. But when it emerged CIDA officials had recommended it, and someone inserted the word "not" to overturn it, Ms. Oda gave confusing testimony and said she didn't know whodunnit. Then her critics charged the PMO was behind it.

The Conservatives, however, have portrayed it as imperfect paperwork, and their defence of Ms. Oda has reached hyperbole: House Leader John Baird insisted on Thursday she has "more integrity in the tip of her finger" than some of her opposition critics, and a senior PMO official lauded her as "one hell of a minister."

But in five years in cabinet, Ms. Oda has usually been neither bumbler nor political star. She had a solid career in broadcasting, and in politics, has been a serious-minded politician who studies the files.

The pictures of a smoking Bev Oda in dark glasses that splashed across newspapers this week presented an image that some see: a raspy-voiced, stern minister. (The eyewear is because of recent retinal surgery.) But some believe a little social shyness is behind the stern image, and perhaps her unease with a TV-clip quote. And for her, politics was almost a post-retirement happenstance.

She was born in Thunder Bay. Her father was one of the many Japanese Canadians removed from the West Coast. Her family later moved to Mississauga, where, she once said, she was the "obedient" and "responsible" big sister to three siblings.

She began her career as a schoolteacher, but went into television, working for a while as a video-tape librarian - and moved up and around the networks, served a stint as a CRTC commissioner, then ended her career as a senior programming vice-president at CTV.

In 1999, she retired to Orono, Ont., and became active in community boards - and after being invited to a political meeting by a friend, became president of the local Conservative association, then in 2004, a candidate. "I said well, I'll give it a try, and if it's meant to be, it will happen," she told CPAC's Catherine Clark last year.

In opposition, she never displayed cutting zing; but in government, she was a rare female Ontario Tory, and had the CV for cabinet. But almost immediately, her unease on the public stage marked her reputation in Ottawa, and she began to be seen as a minister who couldn't communicate a political message, and she was shuffled from Heritage to International Co-operation in 2007.

In Conservative Ottawa, Ms. Oda is viewed as able to manage the substance, but even her colleagues and government staffers privately poke fun at her capacity to sell a political message. "She's famous as a communicator," one Tory insider joked sarcastically. "When it comes to selling the virtues of something or dealing with controversy, she doesn't have the strongest set of skills."

Last year, when the government announced it would not fund abortion in its maternal-health aid package, Mr. Harper was said to be frustrated that she muddled the talking points

The perception that Ms. Oda couldn't communicate the political message led the PMO to keep a closer watch on a department they already eyed warily. Many in the Conservative government viewed CIDA as a wasteful agency and didn't like the advocacy on political issues by many of the non-governmental agencies that CIDA funded. Combined with Ms. Oda's penchant for painstaking decisions, it meant the major new directions she promised for Canadian aid took years to roll out. Funding decisions backed up.

"She is very much of a micro-manager," a former staffer said. "Sometimes it can pile up in her office for months."

And Ms. Oda is a small-c Conservative, with a parsimonious touch, who, according to one official buys clothes at discount store Winners, and viewed every expenditure "with suspicion" - and was hesitant to approve grants for recipients that didn't espouse conservative values.

That might have shaped the decision on Kairos, but careless execution seems out of character. She has, according to one NGO executive, diligently learned development issues and become passionate about issues like maternal health, although she arrived with suspicion about CIDA and the NGOs.

"We all had to sit through that," the executive said. "But I think she's diligent and studious. I think she reads everything. I think she has learned the job." 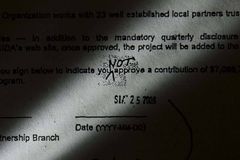 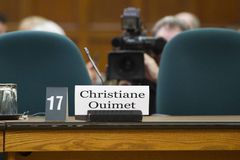 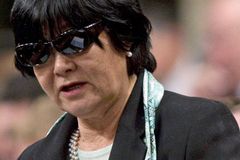 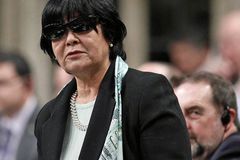 Would firing Bev Oda win any votes for Harper?
February 17, 2011 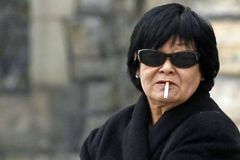 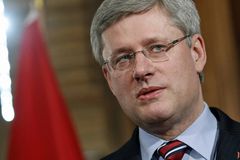 Opposition puts Bev Oda’s fate in Speaker’s hands
February 17, 2011
Follow Daniel Leblanc on Twitter @danlebla
Report an error Editorial code of conduct
Due to technical reasons, we have temporarily removed commenting from our articles. We hope to have this fixed soon. Thank you for your patience. If you are looking to give feedback on our new site, please send it along to feedback@globeandmail.com. If you want to write a letter to the editor, please forward to letters@globeandmail.com.
Comments