International Development Minister Bev Oda repaid taxpayers Monday for the cost of rejecting one five-star hotel in London, England and rebooking at a swankier establishment at more than double the rate.

Ms. Oda's office revealed the reimbursement about eight hours after The Canadian Press first reported the hefty lodging bills, and three days after the agency began asking questions about the expenses.

Spokesman Justin Broekema said Oda paid the fee difference between the two hotels, as well as the cancellation fee at the first one.

Ms. Oda was originally supposed to stay at the Grange St. Paul's Hotel, site of the conference on international immunizations she was attending.

Instead, she had staff rebook her into the posh Savoy overlooking the Thames, an old favourite of royalty and currently owned by Prince Alwaleed of Saudi Arabia.

The switcheroo is reminiscent of a controversial trip six years ago, when Ms. Oda rejected a minivan for transportation and opted for a limousine instead.

Ms. Oda had a luxury car and driver in London shuttling her between conference site, her new hotel and beyond at an average cost of nearly $1,000 a day.

The bill for three nights at the Savoy last June set back taxpayers $1,995, or $665 a night. The government still had to pay for a night at the hotel she rejected, costing an additional $287.

An orange juice Ms. Oda expensed from the Savoy cost $16.

In last month's budget, the Canadian International Development Agency suffered cuts that rang in this year at $380 million.

"The minister preferred not to stay at the Grange St. Paul's upon our arrival there and we had to pay," says a note on an expense sheet.

Documents on the trip were obtained by The Canadian Press under the Access to Information Act.

"These expenses followed the appropriate guidelines; all travel is done in compliance with Treasury Board guidelines," Broekema said in an email.

"When Minister Oda travels we consider the most appropriate, cost-effective accommodations. On the trip in question, our office followed this procedure."

A political staffer travelling with Ms. Oda stayed at the cheaper hotel, which is no shack — it features views of St. Paul's Cathedral, an enormous glass atrium, four restaurants and five bars.

A chauffeur drove Ms. Oda around the city at a cost of $2,850 over three days. On the first day of the conference, the Canadian government paid for the car to be on call for 15 hours. The Savoy is two kilometres from the Grange.

John Alan of John Alan's Car Service said he couldn't recall which kind of car Ms. Oda used, but said his cars were in the Mercedes or BMW range.

While in London, Ms. Oda represented Canada at a donors conference for the GAVI Alliance, a global health organization that works to immunize children in poor countries. Canada has given $253 million to GAVI since 2001. Microsoft chairman and philanthropist Bill Gates attended the conference, as well as British Prime Minister David Cameron.

Ms. Oda has been criticized for champagne tastes in the past.

In 2006, she used limousines to ferry her to and from the Juno Awards ceremony in Halifax, racking up $5,475 in bills. When the expenses were criticized in the House of Commons, she said she had reimbursed the taxpayer $2,200 of the bill.

A year later, Ms. Oda billed taxpayers more than $1,200 for another limousine ride that took her to both a government event and a party activity. The NDP cried foul when those expenses were not spelled out in the government's public disclosures. 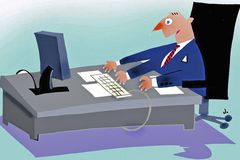 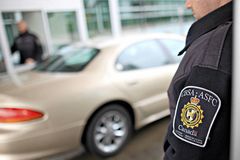 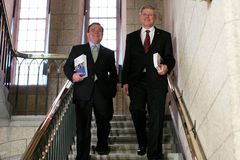