As political announcements go, it wasn't spectacular: $4,509,763 in funding for 69 Alberta arts, culture and language groups, including 64 who already rely on the same funding program. A poetry festival got $5,000, a theatre got cash for new wiring, and so on.

Altogether, neither a cut nor a major boost. It was just Heritage and Official Languages Minister James Moore doing his thing Wednesday, maintaining the cash flow, joking about his two dogs, saying he "adores" Edmonton and posing for photographs with various stalwarts of its arts community - all of them, of course, eager to take whatever funding they can get.

But it was the speech by the British Columbia MP that stood out. Not simply because he barely mentioned Edmonton (his staff and introducer twice referred to their host venue, the Art Gallery of Alberta, by an incorrect name), but because he launched into an impassioned defence of the arts - a sector his government moved to slash certain program funding for in 2008.

They've since reformed their ways, argued Mr. Moore, who has cast himself as a champion of the sector. Among his examples of Canada's thriving arts scene were pop stars Justin Bieber and Carly Rae Jepsen ("She lives 20 minutes from where I live," he said), crooner Michael Bublé, new national museums in Halifax and Winnipeg, the ongoing success of the Toronto International Film Festival and other Canadian attractions. For 10 minutes, he gushed about singers, festivals and museums in Canada, standing in front of signage with the phase "supporting arts and culture" written 14 times.

"What unites us together is language, culture, the arts, the ability to talk, communicate one to another, and my God do we ever do that and do it well. We punch so far above our weight when it comes to the arts, culture and creativity," Mr. Moore told the crowd of arts leaders, later adding: "And it's because of folks like yourselves, working away at the craft and the things about which you are so passionate and proud. And arts and culture is so important to Canada no only because of all the great success stories... but also because it's critical to Canada's economy. It's equally important for those of us who area advocates of the arts to make sure that we stand up and stare down those who are enemies of investing in the arts, and to make sure we beat them back with sound arguments and judgments."

This, of course, from a federal government that wanted to cut $44 million in arts programs four years ago. It exploded into an election issue, forcing Prime Minister Stephen Harper into damage control. Mr. Moore acknowledges his government earned a reputation as precisely what he now wants to stare down: an enemy of the arts.

In this year's budget, his own department slashed funding for the CBC and National Film Board, but maintained funding for organizations such as Canada Council for the Arts. It's left Mr. Moore walking a fine line - champion and budget-cutter.

"The critiques that we have actually go back, I think, to the 2008 election campaign, and decisions that we made prior to the 2008 election, far more so than anything we've done since," he told reporters after Wednesday's ceremony. The government's Economic Action Plan, or spending spree as the economy slowed, turned that around, he said. "Quite frankly, I think that's largely where the debate ends... The question about whether or not Stephen Harper or our government supports the arts - that debate is over. We do."

Instead, his government has sought cost-savings in other areas, including, for instance, cutting 19,000 public sector jobs and cancelling several environmental monitoring programs. But he says arts funding doesn't come at the cost of anything else.

"It's not a question of this or that. No, it's not, it doesn't work that way. It's not that simple... how we manage environmental policy is not associated with whether or not this theatre should get more money or that festival should get more money," he said, citing the Oscar-nominated Canadian film Monsieur Lazhar, which he says is worthwhile even if it loses money.

"That's an investment. Is that a loss? Well, if you have a very dumb, point-for-point analysis... then you might say so. But that doesn't take into consideration all the economic considerations that come from it," Mr. Moore said. "All these things spur other things."

The crowd gathered at the gallery Wednesday afternoon was appreciative, giving the minister a round of applause. "This important partnership, and the related predictable funding, are vital to the ongoing development of the Canadian arts and culture ... thank you for being partners in this," said Julian Mayne, executive director of Fringe Theatre Adventures, which runs Edmonton's fringe festival. It was among the groups to get a two-year funding guarantee, something arts leaders have called for.

The federal funding also includes $439,735 in capital grants for two Edmonton-area theatres. About half of it is for French-language programming and language training. Mr. Moore was in town as part of his tour for the federal government's Roadmap for Canada's Linguistic Duality initiative. More arts funding will be rolled out in Edmonton as applications are approved, he told the crowd. 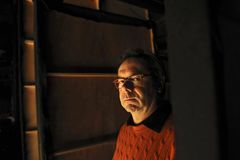 Time for theatre to get past the first stage of grief: denial
May 4, 2012 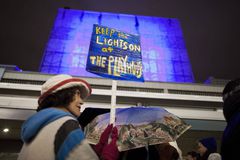 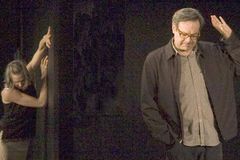