Should all Supreme Court judges be bilingual? Should all parliamentary officers be bilingual? This is a complex issue that can hardly be solved by blanket pronouncements, even though – big surprise – Quebeckers reacted with near-unanimous anger at the nominations of two unilingual anglophones for prominent posts.

Alas, by promising they'll quickly become fluent in French, these two gentlemen show they're either presumptuous or completely ignorant of what learning another language entails. French is not a language one can learn in a year or so, especially not as an adult (and both men are well over 50). It takes years of study and practice to become fluent in either French or English, and my guess is that, despite their goodwill, neither Judge Moldaver nor Mr. Ferguson will ever become functionally bilingual, let alone able to write in French (given that written French is fraught with arcane rules).

Writing proficiency is not what is expected of a Supreme Court judge or an Auditor-General – their texts can go through the expert hands of professional translators. But it would be nice if they could read a French-language document, understand arguments made in French and then, in the case of the Auditor-General, be able to answer questions asked in French. Still, unless one is exceptionally gifted at learning languages, such relatively modest goals represent a huge challenge that will require years of hard work, especially for people whose day job is extremely demanding.

Precisely because of this, requiring full bilingualism from Supreme Court appointees would be unrealistic. It would drastically diminish the pool of qualified candidates and virtually exclude those who come from Western Canada. Considering the paramount importance of the Charter of Rights and Freedoms, it's in the interest of all Canadians, including francophones, that Supreme Court judges be exceptional legal scholars; thus, they should be chosen solely on merit.

The Supreme Court doesn't interact with ordinary citizens. It studies written material, and most representations are made by lawyers. Its decisions are published in both official languages, thanks to its fine legal translators. And interpreters also can be called. But the government should ensure that no more than a tiny minority of Supreme Court judges are unilingual.

The case of the Auditor-General is entirely different: The official description of the post requires bilingualism; the Auditor-General, as a parliamentary officer answerable to the people, should be able to address Canadians in both official languages; and the qualifications required for this job aren't as demanding as the criteria used for Supreme Court appointments. What was needed was an experienced accountant, well-versed in public finances and with sound judgment. It shouldn't have been that difficult to find a functionally bilingual accountant who also met the other requirements.

The NDP led the fight against the unilingual appointees, but this regard for French, as commendable as it is, would be more credible if the party's deeds matched its words. In the last federal election, several NDP candidates in Quebec didn't speak a word of French – this in a province where 80 per cent of the population is French-speaking. Now this is what I call contempt.

Editor's note: A previous version of this article incorrectly said Mr. Justice Michael Moldaver pledged to learn French within a year. This version has been corrected. 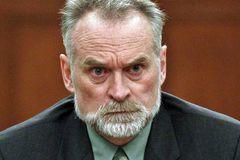 Liberals storm out of House vote on unilingual Auditor-General
November 3, 2011 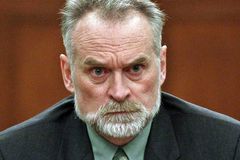