Billionaire entrepreneur and Edmonton Oilers owner Daryl Katz gave Alberta's Progressive Conservatives nearly half a million dollars – almost one-third of the party's total fundraising in a single donation – as Premier Alison Redford's cash-strapped campaign was staring down defeat at the ballot box in the spring election. Documents made public by Elections Alberta on Wednesday record $300,000 in donations from Mr. Katz, his company, his family and business associates.

But a source close to the campaign told The Globe and Mail that Mr. Katz provided a cheque for $430,000 to the PCs, a donation that was broken up into smaller pieces.

The maximum allowable donation to a political party in Alberta from an individual person or company during an election campaign is $30,000. Elections Alberta said splitting donations is allowed in some circumstances.

Premier Alison Redford said Thursday she didn't know whether Mr. Katz did or did not write a cheque.  "I have no idea about that," she said, later explaining she was busy campaigning during the election. Pressed on how she could be unaware of such a large sum, she replied: "Well, I'm absolutely telling you the truth. I'm absolutely telling you the truth."

The Katz-linked donations drew calls for campaign-financing reform as well as an investigation from the opposition. "To have a $30,000 maximum and then see it flouted in this ridiculous way is just an insult to Albertans," NDP Leader Brian Mason said.

The donation is 28 per cent of the $1.522-million the Conservatives raised from donors for the election. The rival Wildrose Party – which led in the polls through much of the campaign – raised $2.935-million.

The documents released on Wednesday show $150,000 in donations from five members of the Katz family, at $30,000 apiece: Daryl; his wife, Renee; his mother, Ida; his father, Barry; and his company, Katz Group.

Mr. Katz had not previously been a significant contributor to Alberta politics. His wealth – he is worth more than $3-billion and is among the richest people in Canada – comes from his Rexall drugstores and real estate. He also owns the Edmonton Oilers, his hometown hockey team, which is trying to close a $450-million deal to build a new hockey arena with the City of Edmonton.

The arena budget is not finalized, but has always included a $100-million injection from the province.

Ms. Redford has said she is against direct funding for the arena. In late March, during the campaign, she said it is "fine with us" if cities use provincially funded infrastructure money to help pay for the arena.

Ms. Redford said Mr. Katz donated $30,000 and she called to thank him for it, as she did with other donors, a spokesman for the Premier said.

Bill Smith, president of the Alberta PCs, said he was unaware of a $400,000-plus donation from Mr. Katz. But he said splitting large donations is acceptable.

"There's opportunities for cheques to be written bigger than the $30,000, but they would only be accepted if there was attribution of the proper individuals for that," Mr. Smith said.

As Mr. Katz donated in the spring, he had been – since he bought the Oilers in 2008 – working with the City of Edmonton on the arena project. It has hit the shoals recently amid rising costs, a threat from Mr. Katz to move the Oilers to Seattle. Last week, city council broke off talks over the budget.

Beyond the $100-million requested from the province, the arena deal also foresees a casino, which the province would have to okay.

During the spring election, the Wildrose Party, led by Danielle Smith, surged to a strong lead in the polls and fundraising. Voters, who appeared hungry for change after 41 years of Conservative reign, gravitated toward Ms. Smith's party. Days before the April 23 vote, the Conservatives were running out of money.

Traditional Tory supporters had edged away as it appeared the dynasty was ending. The party was forced to pay up front for newspaper ads, which is unusual, and even when it received Mr. Katz's funds, it aired older television commercials as there was not money or time to make new ones.

Mr. Katz's money came when party polling suggested that some voters, especially in Calgary, were turning back to the Conservatives after political missteps by Wildrose candidates.

Alberta's Election Finances and Contributions Disclosure Act has several sections about the maximum donation and divvying up donations.

Section 19 of the act states that parties aren't allowed to "knowingly accept any contributions in excess of the limits imposed."

Section 34 states that parties cannot "solicit or knowingly accept any contribution" that doesn't actually come from the contributor's pocket.

Elections Alberta said some forms of cheque-splitting are allowed, using the example of a married couple who donate $60,000 with one cheque and ask for two $30,000 receipts.

But Elections Alberta spokesman Drew Westwater said the provisions of section 34 are "in effect and would be applied" if an individual donor "asks for receipts to many names or companies."

Doug Mitchell, national co-chair of the law firm Borden Ladner Gervais, is one of Calgary's most senior and respected business people, with years of involvement in law, sports and politics. He remains active in the backrooms for the Conservatives, provincially and federally.

"I'm surprised, actually, that people would be exceeding the limits," Mr. Mitchell said. "They are put in place for a reason."

Mr. Mitchell also questioned the size of the $30,000 maximum. Federally, corporations and unions are prohibited from donating, unlike in Alberta, and the maximum for individuals is $1,100.

"Even the amount of $30,000 to the party seems like a lot," said Mr. Mitchell, who added that it is "a very high limit for ordinary people."

On Thursday, Ms. Redford told reporters it's up to Alberta's independent Chief Electoral Officer to investigate the matter, and that she's asked her party to comply if an investigation is struck up.

Ms. Redford said her party has done nothing wrong.

"From my perspective, it's not something that I've turned my mind to. Because from my perspective, we're a party that's followed the rules. We certainly stayed within all the contribution limits," she said, emphasizing she's repeatedly shot down any request to directly fund the arena. (Critics say the government can still indirectly fund it through infrastructure grants to the City of Edmonton.)

"To what end" Mr. Katz made any donations, "I don't know," she said.  "But it certainly hasn't changed our policy, or will it." 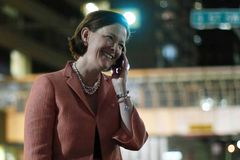 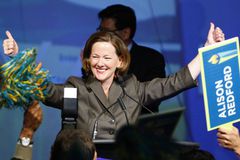 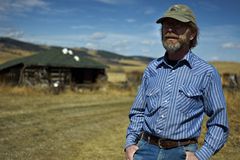 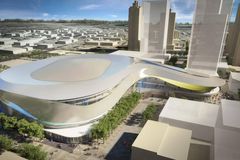 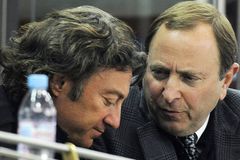 Follow David Ebner,  on Twitter @davidebner
Report an error Editorial code of conduct
Due to technical reasons, we have temporarily removed commenting from our articles. We hope to have this fixed soon. Thank you for your patience. If you are looking to give feedback on our new site, please send it along to feedback@globeandmail.com. If you want to write a letter to the editor, please forward to letters@globeandmail.com.
Comments