The Conservative government has offered an explanation for why it will exclude contraception from its initiative to improve the health of mothers in poor countries: Birth control doesn't fit with saving lives.

In no uncertain terms, Foreign Minister Lawrence Cannon yesterday ruled out any kind of family-planning programs being included in Canada's "signature" initiative at June's G8 summit - a strategy to improve the health of mothers and young children in poor countries.

"It does not deal in any way, shape or form with family planning. Indeed, the purpose of this is to be able to save lives," Mr. Cannon told the Foreign Affairs committee.

Though Stephen Harper's government has suggested before that its maternal-health initiative would leave out family planning, Mr. Cannon's statements distressed those who had hoped for some flexibility.

Maternal-health advocates worry that the government's desire to steer clear of the abortion issue - and therefore not upset part of its political base - is also pushing it to rule out all other family-planning programs, like distributing contraceptives.

Mr. Cannon was not asked about abortion. A New Democrat MP asked if the initiative would include family planning and a reporter later asked if it would include contraception. In both cases, the minister answered that the purpose is to save lives.

"This is really playing to the base in tractor-loads rather than with shovels," said Katherine McDonald, executive director of Action Canada for Population and Development.

"I'm very concerned that they're equating family planning with abortion."

She argues that no maternal-health policy can be effective without providing ways for women to space out pregnancies, because many childbirth deaths are caused by complications from having too many pregnancies too quickly or from unsafe abortions.

Mr. Harper's announcement that he would champion a G8 initiative to improve maternal and infant health in developing countries was intended to have broad backing among Canadians, including in the Conservatives' own political base.

But it was Liberal Leader Michael Ignatieff who first made abortion part of the issue, asking whether Mr. Harper's government would include access to abortions as part of the strategy. He suggested the Conservatives might copy the "global gag law" of former U.S. President George W. Bush, which cut off funding to international aid organizations that provided abortion services.

The Bush administration cut funding to organizations like the International Planned Parenthood Federation, which provides both family planning and abortion in developing countries. But it still took the position that contraception was key to maternal health, federation spokesman Paul Bell said.

The International Planned Parenthood Federation used to receive funding from the Canadian International Development Agency, but its nine-month-old request for a renewal of its $6-million-a-year grant has so far gone unanswered and funding stopped in December.

Many organizations opposed to abortion still see family planning as a key method to reducing childbirth deaths - a key goal of Mr. Harper's initiative. Teen mothers and those who become pregnant quickly after previous births are at much higher risk.

Dorothy Shaw, an assistant dean of medicine at the University of British Columbia and spokeswoman for the Partnership for Maternal, Newborn and Child Health, said Canadian coalitions that include conservative faith-based organizations agree that family planning to time and space pregnancies is key to saving lives.

"If we're really going to save lives, we have to find common ground," she said.

Abortion not part of maternal-health plan, development minister says
February 18, 2010
If the PM is serious about the plight of mothers...
January 29, 2010 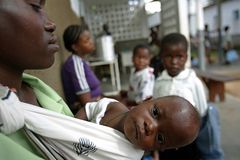 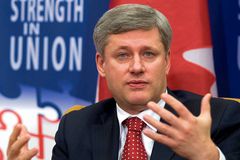 Opinion
The ABCs of family planning
March 22, 2010
Follow Campbell Clark on Twitter @camrclark
Report an error Editorial code of conduct
Due to technical reasons, we have temporarily removed commenting from our articles. We hope to have this fixed soon. Thank you for your patience. If you are looking to give feedback on our new site, please send it along to feedback@globeandmail.com. If you want to write a letter to the editor, please forward to letters@globeandmail.com.
Comments