The Harper government is escalating its attack on critics of the Northern Gateway oil sands pipeline, labelling environmental groups opposed to the project as "radical" and claiming their U.S. financial supporters are working to "undermine Canada's national economic interest."

Accusing Stephen Harper of resorting to intimidation tactics as regulatory hearings begin on Tuesday, mainstream environmental groups such as the Sierra Club of Canada called it an unprecedented attack on their right to question government policy.

The ammunition for Ottawa's broadside against the pipeline's opponents is drawn in part from the work of a relatively little-known blogger from North Vancouver.

In the last 15 months, independent blogger and single mother Vivian Krause has become a one-person clearinghouse on how U.S. money is helping finance Canadian environmental activism.

Ms. Krause has used her "Fair Questions" blog to document the money trail behind what she calls the "U.S.-funded campaign against Canadian oil" – research that's been used by defenders of the oil sands, including the lobby group Ethical Oil, to blunt criticism of the tarry resource.

The Tides Foundation is one of the groups Ms. Krause has tracked through tax records and financial reports. She writes on her site that, according to U.S. tax returns for 2009 and 2010, Tides USA has donated more than $10-million over that period to dozens of groups that campaign against Canadian petroleum.

"This woman is either knowingly or not knowingly a surrogate for them," Sierra Club of Canada executive John Bennett said of Ms. Krause.

The blogger says she's nobody's puppet and has no partisan or corporate affiliations. She acknowledges having accepted a $5,000 honorarium for speaking to the Canadian Association of Petroleum Producers and a fee for addressing a U.S. organization.

A former UNICEF staffer with a masters of science degree in nutrition, Ms. Krause first became interested in the influence of U.S. philanthropy around 2006, several years after working for a fish-farming venture during difficult times for that industry. She researched and blogged about support that U.S. donors gave to critics of the Canadian fish-farming sector – work that stirred debate about American interference in domestic policymaking.

The North Vancouver researcher may not belong to any party but she briefly worked for B.C. Conservative MP John Duncan. The Member of Parliament – now a minister – hired her in the spring of 2010 as a constituency assistant, she said, because he was impressed by her work on fish farming.

She ended up leaving Mr. Duncan's office after about four weeks. She said she had difficult relations with other staff and recalled Mr. Duncan told her that she was a "lightning rod" for controversy over the fish-farming debate.

A spokeswoman for Mr. Duncan, now Minister of Aboriginal Affairs and Northern Development, declined comment on "a private staffing matter."

After leaving Mr. Duncan's office, Ms. Krause said she grew interested in how the same U.S. sponsorship of Canadian activism was taking place more broadly among the environmental movement and in particular on the oil sands. She started publishing her findings, detailing what she characterized as payments to dozens of Canadian environmental groups.

She says she's glad Mr. Harper has taken note of her concerns, saying that as someone who was raised in rural B.C. she's concerned about job opportunities for smaller towns in Canada.

"What the Prime Minister here is talking about was unveiled by an unpaid blogger," she said.

"I am fighting for something here: it's not the government; not the industry, it's the poor communities that are trying to have the same standard of living that the rest of us have in the more comfortable parts of Canada."

She estimates that the Canadian environmental movement as a whole – not just for oil sands causes – is receiving $50-million a year from American sources.

Ms. Krause said she'd ultimately like to see the Gateway pipeline succeed, but after decisions made by Canadians alone.

"My hope is the pipeline supporters – both government and industry – will offer B.C. a fair deal – and that B.C. will make its own decision on its own without the interference of any outside interests."

He said the petroleum industry is a major international industry with deep pockets.

"We are forced into a position of having to take them on and we're going to use whatever resources we can find," Mr. Bennett said.

"From time to time the Sierra Club takes money from U.S. foundations; the critical issue is do these guys come knocking on the door and telling us what to say?"

No, he said. "We make up our minds and we go looking for money. It's not the other way around."

He criticized the Conservatives for painting a target on green activists. "They've turned to the same kind of bully politics they used to destroy Dion and Ignatieff and they're turning them on us," he said, referring to the previous two leaders of the Liberal Party of Canada.

For the Harper government, the Gateway must be open
May 3, 2018 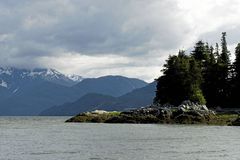 The Northern Gateway pipeline, politics and the law
May 3, 2018 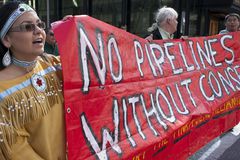 A cast of thousands awaits officials at Gateway hearings
May 9, 2018 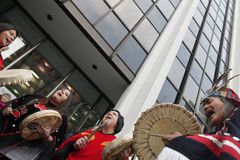 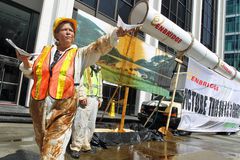 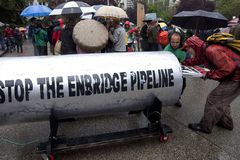 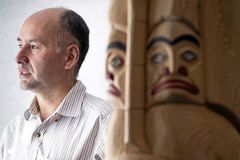 ‘Foreign money’ could gum up pipeline approval, Harper warns
April 30, 2018
Why don't political bloggers want us to know who's funding them?
May 8, 2018 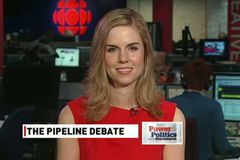