A panel that oversees spending by MPs put off a decision Tuesday on whether the NDP improperly stationed parliamentary staff in party offices in Quebec.

And at the same meeting of the secretive board of internal economy, the New Democrats requested funding to pay the lawyers it's using to sue the board over a demand that it repay money for abusing the party's free mailing privileges.

If the request were accepted, taxpayers would be on the hook for the NDP's legal costs as well as those of the House of Commons to defend against the lawsuit.

However, the Commons administration told the NDP it was unlikely they would receive legal funding since they initiated the lawsuit, said a source familiar with the meeting who did not want to be identified.

"But, who knows. Nothing is impossible in political Ottawa," said the source.

Conservative House leader John Duncan, who speaks on behalf of the board, said no decision could be made Tuesday over the NDP's use of satellite offices after the New Democrats filed fresh documents with the House of Commons administration.

"In fairness, we had to put off a decision," Duncan told reporters after the board meeting was cut short.

Members of the board didn't have time to review the documents because they were provided to the Commons administration just one hour before their meeting, said Duncan, who added that neither he nor the other board members had seen the submissions.

NDP officials made the documents available after the meeting. The package contained copies of press releases, speeches, emails between staffers and MPs and other paperwork — all meant to show that the staff members were not doing partisan work.

Duncan said the board has previously found the New Democrats had broken the rules by using the satellite offices, and suggested a similar determination could be made at its next meeting, regardless of what was contained in the latest pile of documents.

NDP House leader Peter Julian said the Conservatives, with backing from the Liberals, have been using the board to issue public indictments of how the New Democrats handle taxpayer dollars. But it's under a cloak of secrecy, and there's been no evidence to back up their claims that the NDP is misusing public funds, he added.

The New Democrats, meantime, have made a concerted effort to avoid any hint of scandal as they prepare for next year's federal election, downplaying the board's rulings against the party at every turn.

The board recently ruled that the NDP broke rules governing free mailing privileges and ordered the party and MPs to repay $1.17 million. That is the ruling the New Democrats are fighting in court.

The latest issue before the board, involving the NDP's staffing of satellite offices, has prompted the party to argue that taxpayer-paid employees assigned to party's satellite offices work only on behalf of New Democrat MPs in Quebec City and Montreal.

And the party has contended that taxpayers actually save money through the arrangement because staff don't have to be shuttled from Ottawa to Quebec to organize or attend local events.

The NDP has also insisted that House of Commons officials approved the use of satellite offices, although Speaker Andrew Scheer has questioned that claim.

The board changed the rules governing the work of parliamentary staff in April, deciding that taxpayer-paid employees must not work from offices paid for by political parties.

Since then, NDP staff members working for MPs in Quebec have been moved out of party offices and now work either in the constituency office of party leader Tom Mulcair or from home.

The New Democrats contend that the fact the rules were altered at all is a clear indication that nothing prevented staff from working in satellite offices prior to the change.

The party tabled a motion at Tuesday's meeting to make the proceedings public. The motion also called for the board to be abolished. But the board's Conservative and Liberal majority rejected it, said Julian.

"The NDP believes that the only way to have real accountability for the BOIE is to replace it by an independent body," he said. "But until then, the only way to make it more transparent is to lift the veil of secrecy and to ensure that all meetings are open to the public." 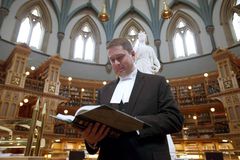 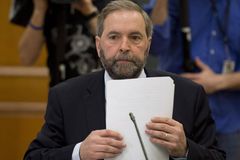 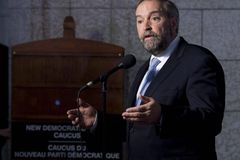 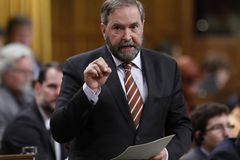