The prisoner who called himself Saifullah was reluctant to speak. He watched warily as a foreign journalist visited the crumbling stone cell block where suspected Taliban are held in Kandahar.

Among the detainees in the national-security wing of Sarpoza jail in 2007, he was the most hostile to the idea of conversation. His jailers described him as a genuine Taliban commander, unlike the many hapless farmers who got swept into the prison system during the chaos of war.

It was rumoured that Saifullah had been interrogated by Kandahar's governor himself. After two meetings, and many hours of sipping tea from filthy cups, he finally gave a few details of the experience.

He introduced himself as a 29-year-old member of the Sulemankhel tribe, one of the disenfranchised groups in Kandahar often supportive of the insurgency.

His village was located in the deserts of northern Maywand district, he said, describing an area controlled by the Taliban. These details undermined his claim that he was an innocent driver, accidentally caught in a roundup of suspected insurgents in 2006.

Whatever the reason, he ended up in the local jail at Maywand district centre, and within two days, his arrest had caught the attention of authorities in Kandahar city.

"The district leader told me that the governor's bodyguards were coming for me," he said.

The palace guards covered his face, tied his hands and heaved him into the back of a vehicle, he said. They covered him with blankets and two men sat on top of him during the long drive into the city, a trip so painful that he wept.

"When they reached the governor's palace, they threw me into a room like luggage," he said, and the torture started immediately. "They asked my name, where I was from, and started hitting me with their hands and kicking me with their soldier's boots.

"I was bleeding from the nose, ears and mouth."

Unlike other prisoners, who have described undergoing sophisticated forms of torture while in custody, Saifullah said his captors set a simple routine of abuse. They ordered him to stand up in a windowless room, and posted guards on shifts to watch him around the clock: "If I started to sleep, they beat me."

He said the guards forced him to remain standing, depriving him of sleep, for 18 days.

At one point, he fell so deeply unconscious that he says he hardly noticed the beatings, and his foot was badly injured. He says foreign soldiers gave him medical attention - but he couldn't remember whether they were Canadian, American or another nationality.

"The foreigners used something on my foot and I felt good again," he said.

The international troops did not interrogate him, he said. That job fell to the governor's men, and sometimes the governor personally.

Asadullah Khalid was well known, and Saifullah said he clearly recognized him when he stepped into the room. "The governor came and asked some questions," he said. "There was no beating when he was talking with me."

Mr. Khalid returned to ask more questions a few other times as the ordeal continued, he said. The governor accused him of being a Taliban leader, and tried to extract information about Afghan government officials who collaborated with the insurgency. He also suggested that Saifullah could be a conduit for negotiations with the Taliban.

The prisoner said he steadfastly maintained his innocence, and was eventually transferred to the custody of the Afghan police, who handed him to the intelligence service, the National Directorate for Security. By that point, he said, he was so delirious from lack of sleep that he hallucinated that he was living at home with his family.

Several weeks later, he was transferred to Sarpoza prison, where life was crude but not usually abusive. Several prisoners slept in each of the thick-walled rooms. They complained that snakes and other vermin scurried in the chinks of the heavy stone walls, and chunks of the decaying ceiling sometimes fell on inmates in the night.

Despite the discomforts, Saifullah said he slept well there.

The relative calm was broken on the evening of June 13, 2008, as insurgents detonated a truck bomb outside the prison gates. Taliban gunmen fought their way inside, heading straight for the national-security wing where Saifullah and other suspected insurgents were held.

Along with hundreds of other inmates, Saifullah escaped by running across the pile of rubble where the prison gate had stood.

Revenge is important to Pashtun tribesmen; after suffering at the hands of the Afghan government, Saifullah would have had a strong motive to rejoin the insurgency.

Late last December, two sources in Kandahar confirmed that he had indeed resumed his role in the war. Fighting as Sharafuddin, he has moved into Helmand province and become a prominent Taliban leader. 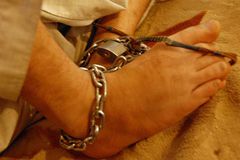