The Prime Minister's Office says it is too soon to consider following Britain's lead by recalling Parliament to consider intervention in Syria.

The prospect of U.S.-led western military strikes was heightened Monday, when U.S. Secretary of State John Kerry said it is "undeniable" that chemical weapons were used in Syria, and the Assad regime must be held to account.

Stephen Harper spoke Tuesday morning to U.S. President Barack Obama about the situation in Syria, according to the prime minister's office.

The prime minister's office said Mr. Harper and Mr. Obama agreed that the world needs to deliver a response to the use of chemical weapons in a "timely manner."

"The Prime Minister made it clear that he shares the view that the recent chemical weapons attack was carried out by the Syrian regime and described the use of these weapons as an outrage," the PMO's summary of the call said.

"Both leaders agreed that significant use of chemical weapons merits a firm response from the international community in an effective and timely manner."

But Mr. Harper's spokesman, Carl Vallée, said there's no rush. "It is premature to discuss recalling Parliament at this time," he said.

Mr. Harper has in fact been planning to delay the return of Parliament, scheduled for Sept. 16, rather than hasten it. He has said he intends to prorogue Parliament, ending the current session, so that he can deliver a Speech from the Throne outlining a new legislative agenda. His aides have signalled they do not expect Parliament to return before mid-October.

In Canada, the government doesn't legally need parliamentary approval to deploy the military – but since 2006, Mr. Harper has made it a practice to hold a vote in the Commons when the Canadian Forces are sent into a conflict.

He held votes to approve extensions of the Canadian Forces mission in Kandahar, Afghanistan, in 2006 and 2008, and a series of votes were held to back the deployment of fighter jets to conduct airstrikes on Libya in 2011.

But University of Ottawa professor Philippe Lagassé notes that parliament sometimes provides its approval after the government's decision to deploy is already set in stone. Mr. Harper announced Canadian fighters would deploy on the Libya mission in March 2011, but the Commons voted to support it – unanimously – a week later.

Mr. Harper's government had by then already been consulting opposition MPs on possible intervention in Libya, however, and the NDP had in fact taken the lead in pressing the government to intervene there.

Mr. Lagassé said that in Canada, the practice of consulting the Commons remains just that – a practice. In Britain, it is considered a convention, though a flexible one, which means that the government must find some way of honouring the requirement to take their plans to Parliament.

While Mr. Harper's practice of consulting Parliament has been applauded by some, Mr. Lagassé has critiqued it as a political tactic that allows governments to use the opposition as political cover for a decision to deploy the military. "The executive is blurring who took the decision and who's responsible," he said.

Mr. Cameron's assertion that he will take a transparent approach to the British response might underline Mr. Harper's reluctance to discuss intervention before the die is cast.

In Libya, Mr. Harper's announcement preceded parliamentary debate. It's not clear if the prime minister, facing a potential decision on deployment for the first time since he won a majority government, will bring the matter to Parliament before the decision is made.

The Department of Defence has stymied questions even on publicly known international military meetings where Syria is to be discussed.

U.S. news organizations, including the U.S. Army newspaper, Stars and Stripes, reported Monday that Canadian military officials are among those of 10 countries meeting in Jordan with the Chairman of the U.S. Joint Chiefs of Staff, General Martin Dempsey. They cited a U.S. Defense Department spokesman who said the meeting is intended to discuss impact of regional conflicts.

But a spokesman for the Canadian Forces, Captain Alexandre Munoz, said the government won't even confirm Canadians are participating in the meetings, nor comment on what is being discussed. U.S. and Jordanian officials told Stars and Stripes that that Syria will be a major topic of discussion. 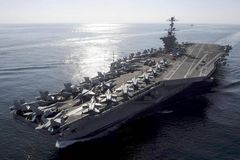 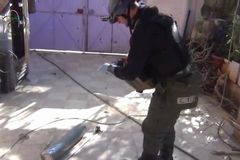 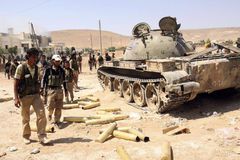 Syria’s Assad waging a war against his own people, Baird says
August 26, 2013