But it wasn't any single policy choice that triggered electoral defeat and created opportunity for Ed Broadbent, Joe Clark and eventually Brian Mulroney, too.

It was the odour of arrogance that surrounded too many things the government said, on too many days. The tone of some ministers became a kind of political halitosis – causing voters to wander away from any conversation that the Liberals wanted to have, biding their time until they could do something to correct the situation.

Liberal ministers back then enjoyed more trappings of power. For a good number, this made them more convinced of their own superiority and more certain that Conservatives were undisciplined, unsophisticated and incapable of running a government.

Eventually, of course, lots of Canadians figured out that they too were held in similar contempt by many powerful Liberals.

In Canadian politics, incompetence is not even a minor criminal offence, it's fully legalized. However, arrogance carries the most severe electoral penalties.

That's why Democratic Reform Minister Pierre Poilievre's dismissive comment about the value of public hearings on his Fair Elections Act should cause wincing on his own side, and a trip to the woodshed escorted by his boss.

Declaring that public hearings on how elections should be run would be a "costly partisan circus" betrays the type of arrogance that rots a government from the inside.

It wasn't so many years ago that the modern Conservative Party was built on Preston Manning's Reform Party ideals of strenuous efforts to gain public input on matters of public policy.

There remain many thoughtful, populist-oriented MPs on the Conservative benches, all of whom will know how bad Mr. Poilievre's comment sounds, and any of whom would do a better job with this bill than he's doing.

There's simply no good argument against hearing from more people with different perspectives on the Fair Elections Act. The Act contains some good ideas, but also some that seem fraught with potential for abuse.

There's no need to rush this bill, and plenty of good reasons to deliberate on it.

The assumption that all Canadians who might come forward with a view have a partisan agenda is an insult to well-intentioned and thoughtful voters.

The argument about cost is totally disingenuous for a government that has spent nearly half a billion taxpayer dollars advertising its charms to voters. And for many voters, "circus" is what happens in the House of Commons, not at public meetings in their towns.

For a moment, when he tabled this bill, Mr. Poilievre looked like a slightly changed man. Even as he moved to foreshorten debate, he said he was looking forward to useful amendments from opposition politicians at the committee stage.

Judging from his more recent utterances, apparently, you can't even teach a young dog new tricks.

In 2006, on the night Stephen Harper first became Prime Minister, he set a tone of humility – "to those who did not vote for me, I pledge to lead a government that will work for all of us – we will move forward together."

Sure, you might say, they all say that. But that's the point.

They all say that because it's the way most Canadians believe our government should work.

The Conservatives seem oddly indifferent to the news that fewer than 4 in 10 voters now say they would even consider voting to re-elect the government next year.

Bringing forward a bill to reform elections, led by the most partisan person on the government benches, who is so dismissive of public hearings will do nothing to alleviate that problem – it risks making it worse. 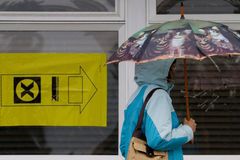