The Conservative government wanted the public to believe the F-35 program was cheaper than it was actually going to be, the Parliamentary Budget Officer says.

Kevin Page took the opportunity Thursday to refresh his long-standing criticism of the proposed multi-billion dollar purchase with an appearance before the House of Commons public accounts committee. It came just weeks after the Auditor-General accused National Defence and Public Works of misleading Parliament over the program.

Conservative MPs took turns trying to rip apart the assumptions, economic models and research that went into Mr. Page's March, 2011 report and its startling conclusion that the plan to buy 65 stealth fighters would cost $29-billion, not the $14.7-billion reported by Defence.

The Auditor-General pegged the total cost of the program $25-billion.

The guidelines on how the numbers should be presented are clearly laid out in federal Treasury Board policy and should be followed, Mr. Page said.

"I think what we need to get in place, so we can really enhance trust in this country, is the kind of information that goes to cabinet to support decisions also goes to parliamentarians," he said.

Auditor-General Michael Ferguson testified last week that cabinet knew the full $25-billion cost when it approved the project's budget in two stages in 2008 and accused the government of keeping two sets of books – a charge that's been denied by a phalanx of deputy ministers and officials who also appeared before the committee.

The key difference has been over whether National Defence should have disclosed $10-billion in operating costs for the lifetime of the jets.

Mr. Page said National Defence withheld some key information from his office as he tried to estimate the full cost of the program and those holes became evident with the release of Mr. Ferguson's report.

The department was obliged by a parliamentary motion to give him everything, Mr. Page said.

However, in later testimony, deputy defence minister Robert Fonberg denied anything had been held back.

The testimony became bogged down in testy exchanges with government MPs, most notably junior defence minister Chris Alexander, who suggested it was the budget officer who was deliberately misleading with his estimate on the cost of initial production aircraft.

Other Conservatives said Treasury Board guidelines are just that – guides – leaving the suggestion the rules were open to interpretation. Still others asked Mr. Page why he, an officer of Canada's Parliament, would use U.S. figures on the aircraft's cost and sustainment in his assessment.

"Well, um, sir, we are purchasing the plane from our American colleagues," Mr. Page replied.

New Democrat MP Malcolm Allen said the debate is simply mind-boggling and it's clear the Harper government tried to massage the figures.

"What this tells me is that they've learned no lessons whatsoever," he said. "At this point, unless they're independently validated, I don't think anybody should trust the numbers.

"They tried to minimize the cost to make it look like a better program and cheaper program than it was. We should know how much it's going to cost us. We're the ones, the Canadian taxpayers, who are going to pay for it."

The hearing also underlined a set of contradictions that left opposition members scratching their heads.

The government was adamant that Mr. Page's 2011 assessment did not include operational costs, such as pilot salaries and fuel, a statement the budget officer flatly denied.

Mr. Fonberg, and even his boss Defence Minister Peter MacKay, are on the record saying the F-35, with its ultra-sophisticated surveillance systems and 10 million lines of software code, will cost the same to maintain as the current fleet of upgraded, 30-year-old CF-18s.

But that too was called into question in testimony by Dan Ross, who is in charge of defence purchasing

"We've always expected the F-35, due to its complexity, would cost more," said Mr. Ross, who noted he previously told the committee that the yearly contracted maintenance expense is expected to come in $50 million to $100 million higher than the existing fleet.

Mr. Fonberg was called to explain the contradiction, but deferred questions to Mr. Ross.

Mr. MacKay and Prime Minister Stephen Harper have said the government accepts the auditor general's report and recommendations, but officials appearing before the committee were clear they believed both Mr. Ferguson and Mr. Page got their assessments wrong.

The Liberals, who made the F-35 an election issue last year, said the public is the real loser in the debate.

"The Auditor-General says incorrect information was given to Parliament because the government of Canada decided it would use a lower number than it itself had in cabinet meetings," Interim Liberal Leader Bob Rae said. "They lied to the people of Canada before the election and they lied to them during the election about the real cost of the plane." 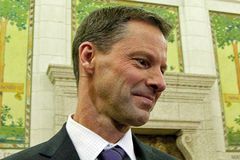 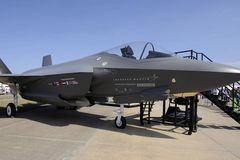 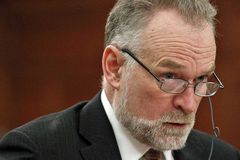 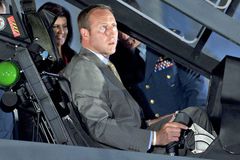 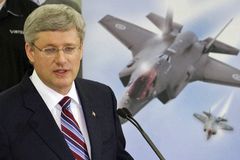 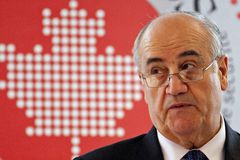 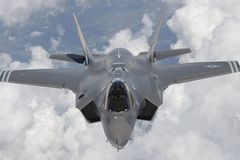