Finance Minister Jim Flaherty is proposing the smallest spending increase in more than a decade, reflecting the challenge of budgeting while caught between the joint constraints of a record deficit and an uncertain economy.

Mr. Flaherty's financial plan, which he tabled in Parliament today, would boost spending by $1.1-billion in the fiscal year ending March 31, 2011, the smallest rise since 1997. At the same time, he has promised to curb spending by capping foreign aid, limiting the increase of the Defense Department's budget, and freezing the budgets of government departments.

This restraint is necessary if Mr. Flaherty is to meet his objective of paying the bills from his economic stimulus program without raising taxes. However, there's little margin for error if the economy underperforms or Ottawa encounters unexpected expenses.

The deficit at the end of the current fiscal year will be $54-billion, the most ever in nominal terms, a dramatic change from three years ago, when Mr. Flaherty was running a surplus and paying off debt.

Some economists say the only path back to the black is through raising tax revenue. But Mr. Flaherty refuses to do so. His budget assumes the federal government will be flirting with a surplus again in 2015 by reining in spending and counting on faster economic growth.

"This government will return to a balanced budget," Mr. Flaherty said at a press conference before heading to Parliament for his budget presentation. "I don't like running deficits."

Liberal Leader Michael Ignatieff and the NDP's Jack Layton said they will not move to bring down the government over today's budget, though they don't support it. Bloc Québécois Leader Gilles Duceppe said his party will vote against it.

Those who oppose the budget but don't vote against it "are not assuming their responsibilities," Mr. Duceppe said.

Mr. Flaherty's program relies on an outlook for economic growth in 2010 of 2.6 per cent and of 3.2 per cent in 2011, estimates that are based on the consensus of 15 private forecasters.

Those are cautious estimates, because history suggests that economies rally much faster after recessions. While that leaves room for a pleasant surprise, Mr. Flaherty, unlike in his previous budget, hasn't made allowances for the possibility the consensus could turn out to be too optimistic.

The worst-case scenario remains a distinct risk. No one knows how long U.S. consumers - the biggest buyers of Canada's exports - will build up their savings rather than resume spending. Banks remain extremely cautious, making it difficult for small businesses to get loans. Rich countries are struggling with heavy debt loads that will limit what they can do to boost economic growth in the years ahead.

"I worry that we're getting too enthusiastic right now," said Stephen Poloz, senior vice-president, financing, at Export Development Canada and a former Bank of Canada economist, in an interview this week.

Mr. Flaherty's $1.1-billion spending increase amounts to a smattering of minor initiatives aimed at alleviating an unemployment rate that is projected to be 8.5 per cent this year, compared with 8.3 per cent in 2009, and boosting Canada's productivity rate.

Some applauded the measures. The budget will help solidify the recovery, and enhance productivity and innovation while eventually balancing the books, said Anthony Ariganello, president of the Certified General Accountants Association of Canada, who said it addresses the "right priorities."

Not everyone liked it, though. The organization representing university and college educators called the budget "a major disappointment" for post-secondary education. The wind energy industry is "shocked" a key program wasn't renewed. And the Canadian Federation of Independent Business said more could have been done to bolster confidence and spur smaller businesses to start hiring again.

The government said it would extend by a year a program that allows Canadians to collect benefits if they accept reduced hours - a program from Mr. Flaherty's original stimulus program that has successfully allowed companies to keep more people working.

But what are more likely to attract the attention of the government's political opponents are the restraints Mr. Flaherty says will save almost $18-billion over the next five years.

Mr. Flaherty's budget would reduce the planned growth in the Defence Department's budget by $525-million in the fiscal year ending March 31, 2013 and $1-billion annually the following year. The government will freeze the international aid budget this year, scrapping a previous pledge to increase it by 8 per cent a year, which will save $4.5-billion over five years. Also, departmental operating budgets will be frozen at current levels in 2011-12 and 2012-13.

"We needed to make the decision [to cut]now, in my view, so we would have a credible plan to follow now so we can get to balance in the medium term," Mr. Flaherty said.

Mr. Flaherty said the economic recovery is not yet entrenched. "It's still fragile," he said, adding that concerns linger over U.S. demand and weakness in Europe and some of their banks.

The government said it would not cut major transfers to provinces (such as health care and employment insurance), though some minor programs will be affected.

Some of the new initiatives include:

• Temporarily extending the work-sharing program by 26 weeks to 78 total, keeping it until next March at a cost of $106-million over two years.

• Eliminate tariffs on a broad range of imports that are used by Canadian businesses, a move aimed at boosting productivity and making them more competitive, saving them an estimated $210-million this year.

• Modest spending on a few additional infrastructure projects such as ferry services in Atlantic Canada and boosting border efficiency.

• About $200-million in support of research and development.

• Foreign-aid spending will freeze next year.

• Another $80-million to retrofit Canadian homes to make them greener. 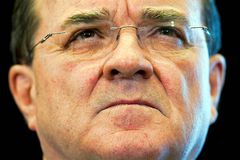 Spending now, restraint later - after the next election
March 4, 2010 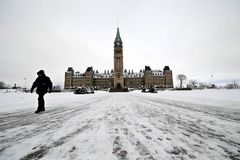 Follow Kevin Carmichael and Tavia Grant on Twitter @CarmichaelKevin @taviagrant
Report an error
Due to technical reasons, we have temporarily removed commenting from our articles. We hope to have this fixed soon. Thank you for your patience. If you are looking to give feedback on our new site, please send it along to feedback@globeandmail.com. If you want to write a letter to the editor, please forward to letters@globeandmail.com.
Comments