Stephen Harper plans to cut a big chunk of his deficit by freezing aid to the developing world even as he heads into an international year as host of G8 and G20 summits.

Yesterday's budget delivered one last one-year increase to foreign-aid budgets, pumping in $364-million to bring them to $5- billion to fulfill Canada's long-standing commitment to double aid over 2001 levels by 2010.

After that, the aid budget will be frozen.

The end of 8-per-cent-a-year increases to foreign aid will save $4.4-billion over five years - a quarter of all the cuts in Finance Minister Jim Flaherty's deficit-cutting plan. "Those are very difficult decisions," he said.

Mr. Harper's long-term pledges to increase already sizable aid to Haiti and lead an international drive to improve the health of babies and mothers in poor countries will almost certainly require cuts to other aid programs.

The plan is being put forward during what the Harper government has touted as Canada's international year, as host of two marquee summits followed by a fall bid for a seat on the powerful UN Security Council.

Canada's reputation and reach in the world will suffer from a freeze in aid budgets after years of squeezing diplomacy budgets, critics said.

"It reduces our ability to further the Canadian national interest," Liberal foreign affairs critic Bob Rae said. "It hurts our role as a trading nation, as well as a country that is supposed to be engaged in the world."

The move to freeze aid budgets starting next year is striking because Mr. Harper this year has tied his own political identity to foreign aid like never before.

He followed an impressive relief mission to Haiti with pledges that aid to the earthquake-stricken nation that will increase and be sustained for a decade.

And Mr. Harper declared that he when he is host of the summit of G8 leaders in Muskoka in June, he would champion a "major initiative" to reduce childbirth deaths and improve the health of mothers and children in poor countries because the world's wealthy nations see the need to act.

"It is therefore time to mobilize our friends and partners to do something for those who can do little for themselves, to replace grand good intentions with substantive acts of human good will," he said in a January speech to the World Economic Forum in Davos, Switzerland.

Those plans, and Canada's pledge to contribute to a $10-billion fund to help poorer nations deal with climate change - which is expected to cost Canada hundreds of millions of dollars - would almost certainly have to squeeze out existing aid programs.

"Our concern is that the new commitments for maternal health or Haiti will effectively find us in a situation of robbing Peter to pay Paul," said Gauri Sreenivasan, policy director for the Canadian Council for International Co-operation.

The Conservatives don't see foreign aid as a big political winner -- it doesn't excite their conservative base and they feel it earns little credit from voters. Nonetheless, Mr. Harper still fulfilled Liberal prime minister Paul Martin's 2005 commitment to double aid. But in deficit-cutting times, there will be no more.

"Canada's at the back of the pack; we've become 18th out of 22," Ms. Sreenivasan said. "And this is an embarrassment at a time when Canada will be hosting the world." 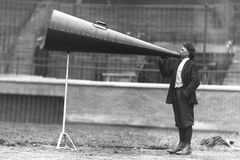 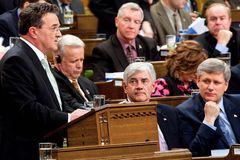