Right up until Friday afternoon, Kathleen Wynne was having a bad week. All the new Premier's efforts to put some distance between herself and Dalton McGuinty, which had gone swimmingly before the Ontario legislature's return, seemed to have gone up in smoke after a revelation about undisclosed documents breathed new life into the scandal around the cancellation of power plants.

Then news broke that the province's high-school teachers were moving to restore extracurriculars. And that being the sort of news far more likely to get notice outside the Queen's Park bubble, it suddenly turned out to have been a pretty good week for Ms. Wynne after all.

The change of fortune was a reminder of her government's challenge as it prepares a spring budget: generating a steady flow of news that makes Ontarians forget about the baggage she's schlepping, and allows her to carve out a separate path from the premier who left it behind for her.

That won't always be as easy for her as it was with the teachers, when striking a more conciliatory tone than her predecessor and promising to rebuild the collective bargaining process was seemingly enough. A $12-billion deficit impedes her ability to make flashy social investments that would fit her wish to build a more "fair society." Job-creating policies – including to address youth unemployment, another stated priority – are elusive.

Those and other aims require creative ideas that she hasn't had much time to develop since winning a truncated, policy-light Liberal leadership race. That much was obvious in last week's vague Speech from the Throne, which was mostly about getting something on paper so Ms. Wynne could meet her promise of having the legislature promptly return from prorogation.

There are rumblings that, while more specific than the Throne Speech, the spring budget might be similarly incremental and cautious. Even if it only comes out in April, a little later than usual, the government won't have much time to game out new policies; the Liberals are also acutely aware that whatever they do has to be sufficiently palatable to the third-party NDP to allow its passage.

But a temporary lease on life could ultimately prove a death sentence, if it validates the Progressive Conservatives' argument that this is still Mr. McGuinty's past-its-prime government. So there are also Liberals arguing that if there are bold things Ms. Wynne wants to do, and which Mr. McGuinty shied away from, now is the time to announce them.

The most obvious example is road tolls or other new revenue sources to allow an expansion of transportation infrastructure, which she keeps hinting at but seems inclined to move slowly toward. For additional revenues, and to signal changes in economic-development strategies, she could belatedly act on the call by government-commissioned economist Don Drummond to do away with most existing business tax credits, perhaps replacing them with a simplified system aimed at better value for money. If she wants to play against type, she could look at asset sales that Mr. McGuinty ultimately rejected – maybe getting ahead of the Tories on the LCBO, a talker if ever there was one.

None of these or other possibilities would be surefire winners, like restoring peace to high schools. But a government that was well on its way to defeat before its leadership contest isn't protecting a lead to begin with. And patience isn't much of a virtue for the leaders of a government awash in deficit, struggling to sustain (let alone expand) its core services and needing to bring economic hope to swaths of the province that have lost it.

As for the power-plant mess that nearly ruined her first week in the legislature as Premier, there is no way Ms. Wynne can make it go away altogether. Nor should there be: A change in premier does not negate the fact that her party made enormously crass policy reversals, costing hundreds of millions of dollars, to help hold onto power.

But that scandal, more about cynicism than corruption, was damaging to Mr. McGuinty in part because it suggested his Liberals were tired and out of gas and clinging to office just for the sake of it. It's likeliest to derail Ms. Wynne if she reinforces that perception by not giving Ontarians enough else to talk about. 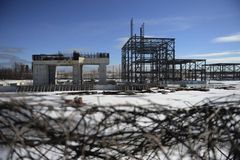 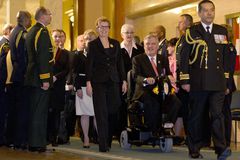 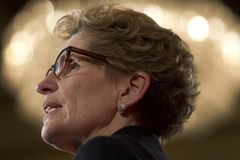