Veterans Affairs bureaucrats who rifled through the personal files of a department critic were handed written reprimands and three-day suspensions - penalties the victim calls a "slap on the wrist."

An internal investigation found 54 veterans bureaucrats improperly snooped through Sean Bruyea's personal files, including medical and psychiatric reports. Some of them used the information to smear the outspoken critic.

"These employees have been disciplined and department officials consider this matter has been successfully addressed and closed," said a Feb. 25 letter to Mr. Bruyea, obtained by The Canadian Press.

The two-month internal investigation determined that 614 employees handled his file over a number of years, but many had no need to do so.

Some of his personal information was included in briefing notes to former veterans affairs minister Greg Thompson in 2006 as the Conservative government prepared to implement the New Veterans Charter, which substantially overhauled benefits for former soldiers.

Revelations last fall of the sloppy handling of Mr. Bruyea's private information within the department stoked a political fire storm, which intensified when the federal privacy commissioner ruled bureaucrats violated privacy law in the matter. The federal government fast-tracked a $400,000, out-of-court settlement and an apology for Mr. Bruyea.

Veterans Affairs Minister Jean-Pierre Blackburn defended the punishments, saying there were a number of mitigating factors, including the amount of time that has elapsed and the fear of setting a precedent by firing offenders.

"It's unbelievable," Mr. Bruyea said upon learning the penalties, which were not outlined his letter.

Mr. Blackburn said there was no evidence officials "intended to harm" Mr. Bruyea, whose criticism risked derailing the launch of the charter.

The department didn't emphasize privacy protection before the Mr. Bruyea scandal erupted and that was also taken into account in deciding penalties, said the minister.

"I don't want to excuse what has happened, but it was part of the reality of the department at the time," said Mr. Blackburn. "We went as far as possible for the sanctions."

Sources at Veterans Affairs said some of the individuals have grieved the penalties under their collective agreements and the government has faced resistance from the federal employees' union.

Mr. Blackburn said a similar fiasco wouldn't happen today because bureaucrats now understand that what they did to Mr. Bruyea was wrong.

Last fall, the minister promised tough action and said some bureaucrats "may be fired" in the wake of the scandal, which struck at the heart of one of the Harper government's core constituencies - veterans.

"He made the promise he would fire people," Mr. Bruyea said Tuesday. "Don't tell me they didn't understand what they were doing. Everyone of those briefing notes on me made reference to the Privacy Act. What are they going to do? Keep breaking the law?"

Three of the senior bureaucrats named in his lawsuit last fall have received promotions. Mr. Bruyea said the message to the public service is unambiguous.

"It doesn't even come close to making government wrongdoing accountable," he said. "It's obvious there are rewards and the message here is that the rewards for breaking the law are much greater than the punishment."

Part of the damage control exercise saw the department set up accountability sessions with staff to make sure they understood the limits of privacy legislation. That prompted a backlash with some federal officials at the department's headquarters in Charlottetown, who claimed they had been made scapegoats for the misdeeds of senior managers and political staff.

Leaked copies of internal department electronic messages, obtained and published by The Canadian Press last fall, show that one regional manager described the mandatory gatherings as "a farce." 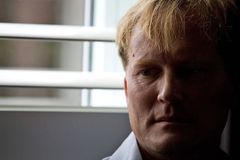