Did my eyes deceive me or was that really George W. Bush bebopping alongside the Obamas in Texas the other day?

The occasion was an attempt to bring some racial peace to a roiling America. The dancing was weird, especially for a solemn occasion, but I'm pretty sure it was Mr. Bush. Funny, because I was convinced that he was actually in prison doing hard time for crimes against humanity and war crimes. Wishful fantasizing, I guess.

It's certainly true that I've long hoped Mr. Bush was sharing a disgusting, claustrophobic cell with his partner-in-crime, former U.K. prime minister Tony Blair. The recent report of the Chilcot Inquiry in Britain told us what everyone already knew: that all the excuses for invading Iraq by these two co-conspirators were fraudulent. Even if Mr. Blair's security geniuses gave him distorted information, his excuses for an invasion were hogwash.

Remember that some American neocons were openly obsessed with dethroning Saddam Hussein before George W. Bush was even elected president. Their imperial "Project for the New American Century," founded in 1997, advocated regime change in Iraq. As well, Mr. Bush's administration had decided to topple Saddam even before he was formally sworn in. Osama bin Laden and the Twin Towers were only the convenient excuse.

The invasion of Iraq never was about Saddam or his fictional weapons of mass destruction. Saddam had nothing whatever to do with 9/11 or al-Qaeda and had no WMDs. Look, if I knew that, how could Mr. Bush and Mr. Blair not have known?

What did they want, those two BFFs? Mr. Bush, Vice-President Dick Cheney and the neocons, as far as anyone can figure, mostly wanted to show the world that America could not be disrespected by a two-bit Middle East despot like Saddam. That refusal to abide America being humiliated was at the very heart of neoconservatism. For his part, Mr. Blair was consumed with being America's most faithful lapdog. He needed Mr. Bush to know he could always be counted on, no questions asked. "I will be with you, whatever," Mr. Blair wrote Mr. Bush.

And so they sent their armies to war, these two, with devastating consequences for everyone but themselves. As many as a million Iraqis died, including countless civilians and children. So did 4,491 American and 179 British soldiers. Iraq was wrecked and the entire Middle East destabilized. You don't have to claim that the invasion directly produced Islamic State, as some do, but you have to ask if there'd have been an IS without it.

Why, the same penalty all Western leaders pay for their villainy. As Henry Kissinger did for his many crimes against humanity, from Chile to Indonesia to Bangladesh. He's now a mentor on world affairs to Hillary Clinton – the non-reckless presidential candidate. Or Ronald Reagan, who backed sadistic terrorist groups across Central America and worked closely with the apartheid regime in South Africa. He's now totally mythologized, the revered hero of the Republican Party.

As for Mr. Bush and Mr. Blair, they remain unrepentant. Tony Blair, for his part, admits to no wrongdoing of any kind. He has become one of the world's great meddlers, popping up here, there and everywhere, pal to the rich and famous, sometimes as an adviser or PR flack to foreign — often unpalatable — governments, sometimes as unsuccessful peacemaker, sometimes advising on huge commercial deals. He gets £200,000 per speech and £2-million a year as strategic adviser to the Wall Street bank J.P. Morgan. His wealth is now estimated at tens of millions of dollars and he and his family own 10 apartments and houses in London, another proud reflection of New Labour's ideology and integrity.

George W. Bush has spent his postpresidential years at his ranch – where he spent so much of his presidency – and except for regular attendance at sporting events has been largely invisible. He, too, is unapologetic for the crimes carried out under his presidency. He has rejected the role models presented by former presidents Jimmy Carter and Bill Clinton, throwing themselves into major humanitarian/philanthropic projects across the globe. Mr. Clinton, of course, has also greatly enriched himself; Mr. Bush's cronies had welcomed him to the 1 per cent before he became president.

Both Mr. Bush and Mr. Blair, like Mr. Kissinger, rest easy in the certain knowledge they will never have to pay a price for the egregious crimes committed under their leadership. Notwithstanding an illegal war and the vast numbers of those killed and tortured in American-controlled "black sites" around the world, neither will ever face a judge or a prosecutor or have to explain himself in a court of law.

The International Criminal Court, which the Bush administration always viewed with open contempt and which even now the United States refuses to join, is clearly not for the likes of high-profile American and British leaders. The enormity of their crimes is irrelevant. Just as Wall Street is too big to fail, so they are too big to arrest. For both, impunity is their ultimate entitlement.

The lesson of the Iraq War? Never shut down debate when fighting terrorism
July 6, 2016 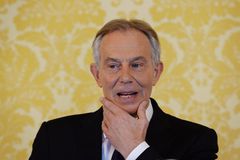 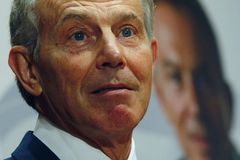